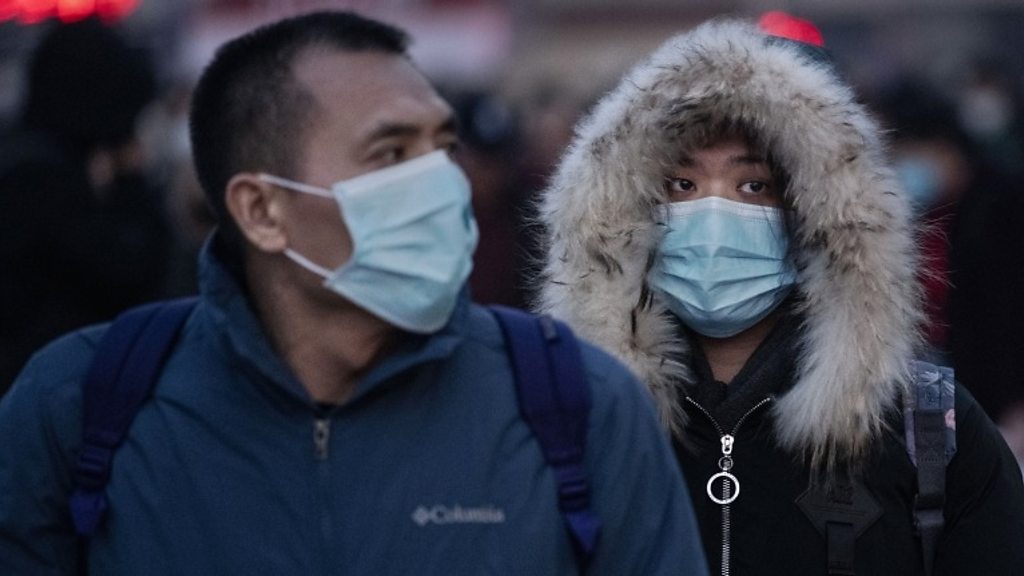 The third person in the UK to be diagnosed with coronavirus caught it in Singapore, it is understood.
He is thought to have tested positive for the virus in Brighton before being taken to hospital in London.

The government is now telling travellers arriving in the UK from a total of nine Asian countries and territories to check for symptoms.

They are advised to stay at home and call the NHS if they are ill and have flown home in the past 14 days.

The initial advice had only covered mainland China, but now also includes:

Anyone returning in the past fortnight from those place who has symptoms like a cough, fever, or shortness of breath should stay indoors and call the NHS 111 service.

The Department of Health said they should do so "even if symptoms are mild", adding: "These countries have been identified because of the volume of air travel from affected areas, understanding of other travel routes and number of reported cases. This list will be kept under review."

The new UK patient is understood to be a middle-aged man who was isolated at home, tested positive and was taken to St Thomas's Hospital in central London, where he is being treated at a specialist infectious diseases unit. It had previously been reported he was at Guy's Hospital in the city.

It is the first UK case in which the virus was contracted outside mainland China.

The NHS is "well prepared" to manage cases, said Prof Chris Whitty, England's chief medical officer. He added: "We are now working quickly to identify any contacts the patient has had."

There have been more than 28,000 cases worldwide.

Of these, 565 people have died but only two of the deaths have been outside mainland China - one in Hong Kong and one in the Philippines.

Meanwhile, the Chinese ambassador to the UK warned against "panic" and "over-reaction" in response to the virus.

Two other patients - both Chinese nationals - are still being treated at the Royal Victoria Infirmary infectious diseases centre in Newcastle.

The patients - a university of York student and one of their relatives - tested positive for the virus after falling ill at a hotel in York.

The University of Sussex, which has a campus on the outskirts of Brighton, said in a statement the new case was not a student or member of staff from the university.

Earlier, the Chinese ambassador to the UK, Liu Xiaoming, called on the UK government to support China in its handling of the outbreak and said Chinese measures to control the spread of the virus had been effective.

China is introducing more restrictive measures. In some areas group dining is banned, there are limits on how often people can go outside, and lifts have been turned off in some buildings.

It comes as the Chinese doctor who tried to issue the first warnings about the outbreak has died of the infection, according to Chinese media.

Nearly 100 Britons have been flown out of Wuhan, the city at the centre of the outbreak, on flights arranged by the UK government.

All are now in quarantine at Arrowe Park Hospital in Wirral for 14 days - the incubation period of the virus - to ensure they are not carrying the infection.

The UK government is chartering a final flight to bring British nationals back from Wuhan, which is due to leave on Sunday.

The Foreign Office has also advised Britons in other parts of China to leave the country if they can to minimise the risk of exposure to the virus, which has now spread to more than two dozen nations.

The World Health Organization said the world was still "shadow boxing" with the new virus because many things about it remain unknown, including its precise origin, transmissibility and its severity.

The WHO had declared the outbreak to be a global health emergency last week but said it did not yet constitute a "pandemic".

The coronavirus causes severe acute respiratory infection and symptoms usually start with a fever, followed by a dry cough. Most people infected are likely to fully recover - just as they would from a flu.
Add Comment