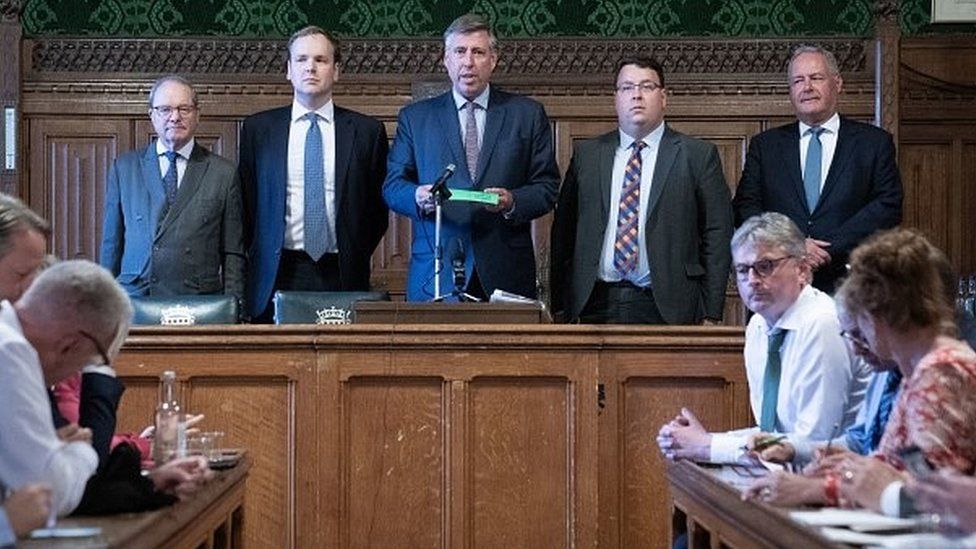 Tory MPs have been voting for party leadership - and prime ministerial - candidates, amid accusations of badmouthing and negative briefing. But what's the atmosphere really been like?

This hugely important act of democracy can seem quite secretive, especially in an age of social media.

Parliamentary rules dictate that no recordings or photos can be taken of the process, apart from when the results of each round of voting are read out.

Therefore, it's up to journalists to describe what they see and hear.

The room where the vote happens is a short distance from Central Lobby - the grand space between the House of Lords and the House of Commons that you often see on TV.

In fact, if you walk from there up the stairs to Committee Room 14, you pass several busts of former prime ministers: a reminder that by casting their ballots Conservative MPs are playing their part in history.

For the hacks who are allowed to watch it all unfold, the closest we can get is the often hot, stuffy, corridor outside the room.

At the door to the room stands one of the Commons doorkeepers, wearing a long coat with tails and a white bow tie.

She stops each MP and tells them to have their "pass and phone ready".

MPs have to leave their phones at the door so they can't share pictures of their polling cards on social media. Remember, it's supposed to be a secret ballot.

One former cabinet minister told me he objected to having to show his parliamentary pass, because it was his "constitutional right" to vote.

Some might see the irony of this position, given that the government is asking us to show ID in order to vote in future elections. 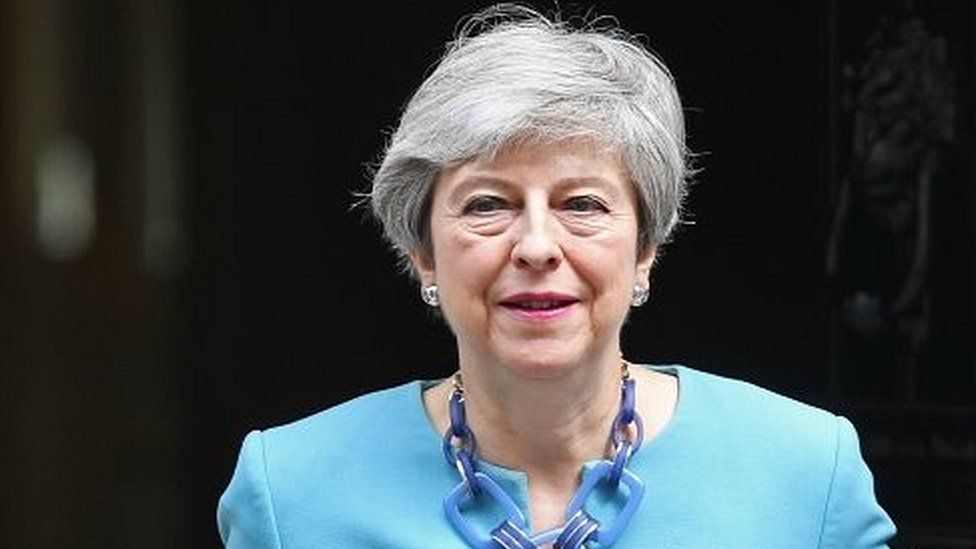 Theresa May, still a Tory MP, has been keen not to create any headlines

As MPs turn up to cast their ballots, reporters try to grab a word with them. Some walk past quickly, avoiding eye contact, desperate not to create any headlines. Theresa May has done this a few times in recent days. I wonder why?

But others stop for a quick chat. Sometimes, if they want to say something a bit outrageous, they ask if it can be "off the record".

If that's the case, we attribute their quotes to a "campaign source", "ally" or "unnamed backer".

While the contest has, at times, been acrimonious, the mood at Parliament's polling station is usually quite jovial.

MPs often share a joke with members of the 1922 Committee (made up of backbenchers), overseeing the contest, who sit at a desk ticking names off a list.

The Conservative Party might seem from the outside to be tearing itself limb from limb, but that is not the impression you get here, aside from the odd hostile briefing.

It's sometimes easy to forget the gravity of what is unfolding.

A few hundred men and women helping to select the most powerful person in the country.

Their decisions will affect all of us.