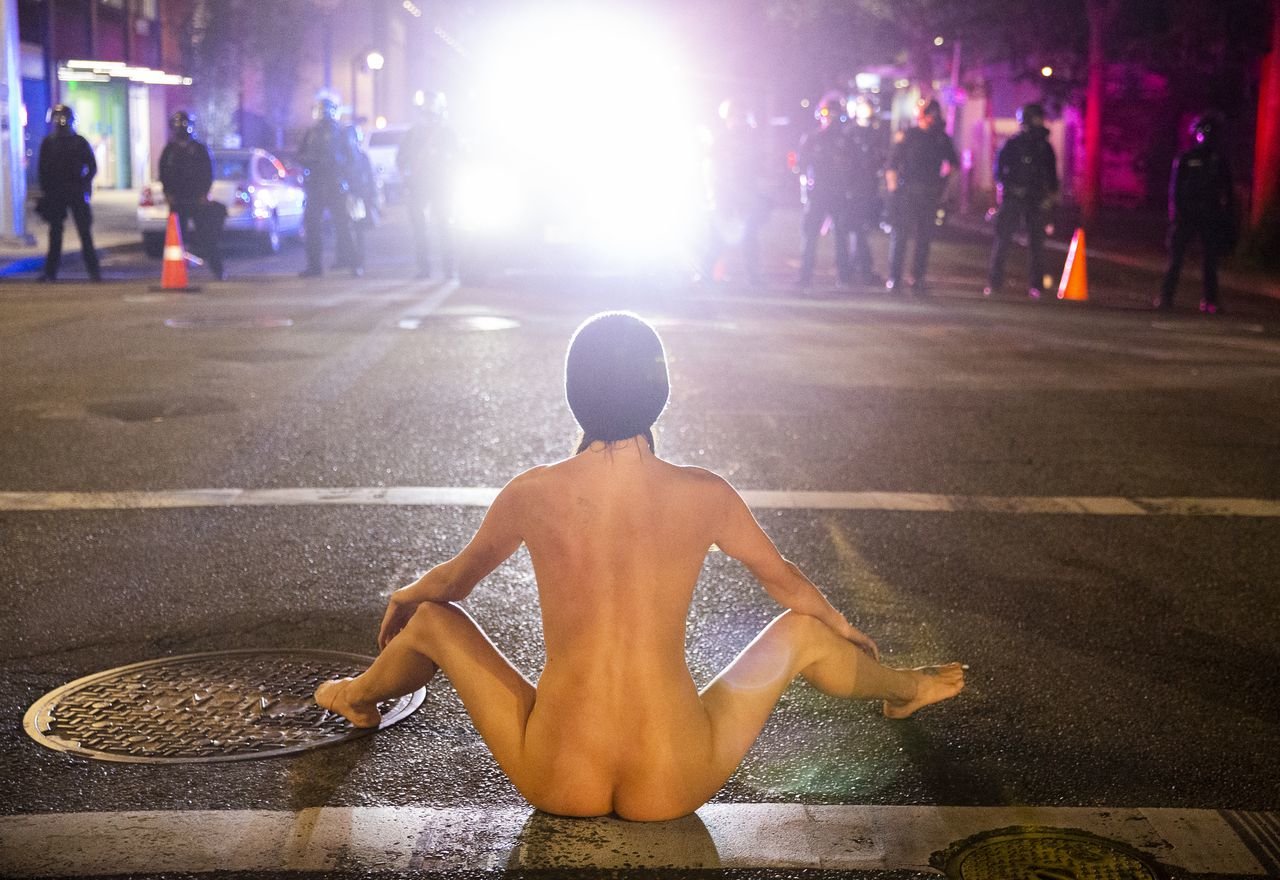 The story behind the surreal photos of Portland protester ‘Naked Athena’

She was wearing only a face mask and a stocking cap while she was facing the police.

It was 1:45 a.m. Dave Killen, a photographer for The Oregonian/OregonLive, was nearing the end of his shift covering the nightly protests in Portland.

Then, a naked woman appeared. She walked out to the intersection in front of where police were standing. Killen said she was wearing only a face mask and a stocking cap while she was facing the police.

She paced the area near the crosswalk. She laid down, kicking up her feet. She did ballet poses.

“Everyone seemed surprised and kind of astounded,” Killen said.

Photos from Killen and independent journalist Donovan Farley went viral on social media. The woman hasn’t been identified, but she’s been dubbed by some as “Naked Athena.”

The officers shot pepper balls at her feet. Another protester ran out in front of her with a homemade shield, Killen added, but she sidestepped him and his shield.

“She definitely did not seem to invite him to do that,” Killen said.

The whole time, he said, he didn’t hear her say a word.

About 10 minutes after she arrived, the officers left. The woman left soon after without any additional fanfare.

“She was incredibly vulnerable,” Killen said. “It would have been incredibly painful to be shot with any of those munitions with no clothes on.”

deez 125 days ago
why didn't anyone throw her a dollar. Shes a sex worker, I wonder how much she charges?

Maiam 129 days ago
She moved me to tears. This is skilful means in a rampantly mad world.
Courage personified. Athena reborn.
Thank you Lady, you showed us all what defines Courage, Bravery and Heart.

I don't see any underwear sun mark on her skin tan, that means she is often naked taking sun bath or something

I'd love to date her... but im maried