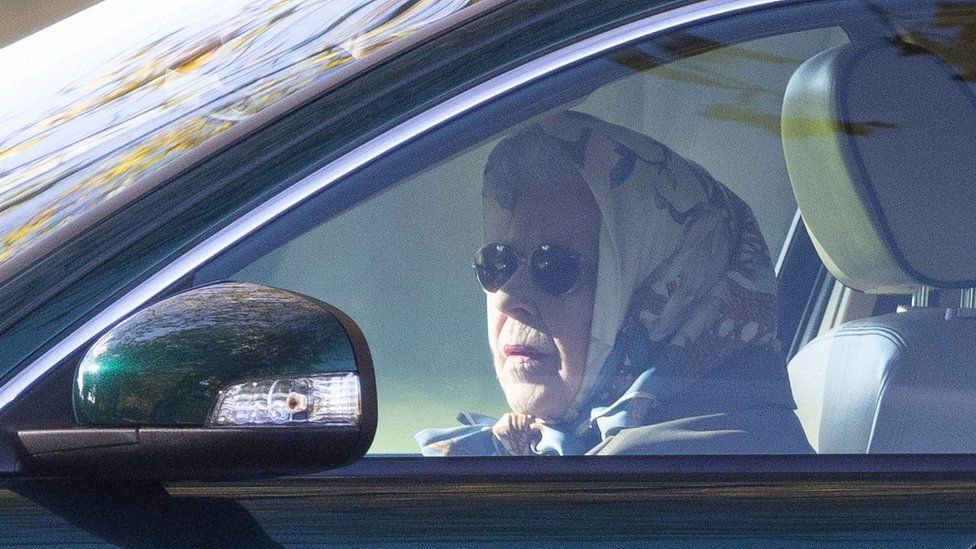 The Queen has been pictured driving near Windsor Castle, three days after being advised by her doctors to rest and only carry out light duties.

The monarch, 95, was photographed in a headscarf and sunglasses behind the wheel of a green Jaguar estate car.

She is known to drive to take her Corgi dogs out for walks in the area.

It comes just over a week after the Queen spent the night in hospital for preliminary medical checks.

Buckingham Palace said on Friday the Queen would be not undertaking official visits over the next two weeks.

The palace said doctors told her she could "continue to undertake light, desk-based duties during this time, including some virtual audiences".

Officials added that the Queen would not be at the annual Festival of Remembrance at the Royal Albert Hall on 13 November, but it was her "firm intention" to attend the Remembrance Sunday service at the Cenotaph in London the following day.

It was announced last week that the Queen would not be attending the COP26 climate change summit in Glasgow. A pre-recorded video address from the Queen to world leaders and other delegates is due to be shown this evening. 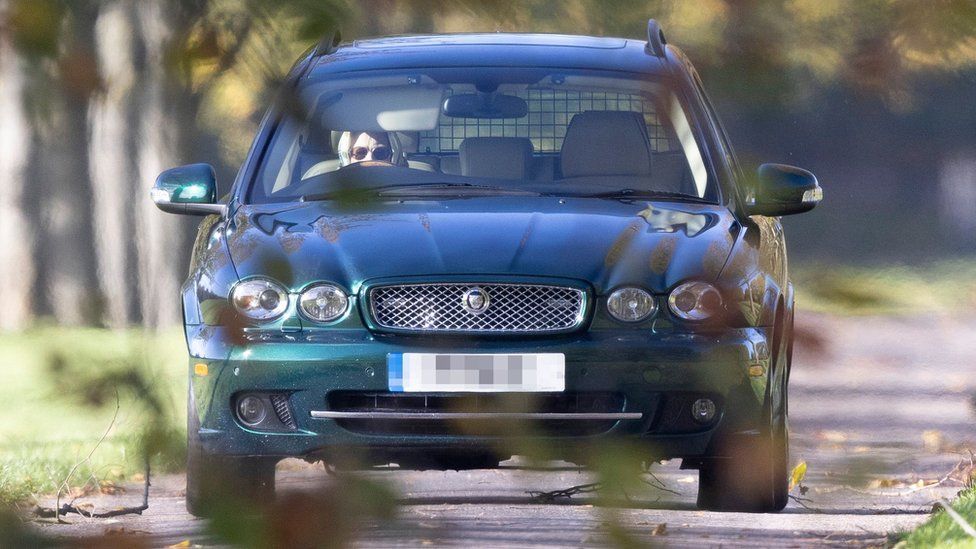 The Queen maintained a busy schedule in October and was seen using a walking stick at a Westminster Abbey service, the first time she has done so at a major event.

She hosted a Global Investment Summit at Windsor Castle on 19 October.

The next day a spokesman said a planned trip to Northern Ireland had been cancelled, and the monarch had "reluctantly accepted medical advice to rest for the next few days".

Then, in a later statement, Buckingham Palace said she had spent the night at the King Edward VII's Hospital in central London. She returned the following day to Windsor Castle, where she was said to be "in good spirits".

Speaking on Saturday, Prime Minister Boris Johnson, who has a weekly audience with the Queen, confirmed he had spoken to her and she was "on very good form".

He said: "She's just got to follow the advice of her doctors and get some rest and I think that's the important thing. The whole country wishes her well."