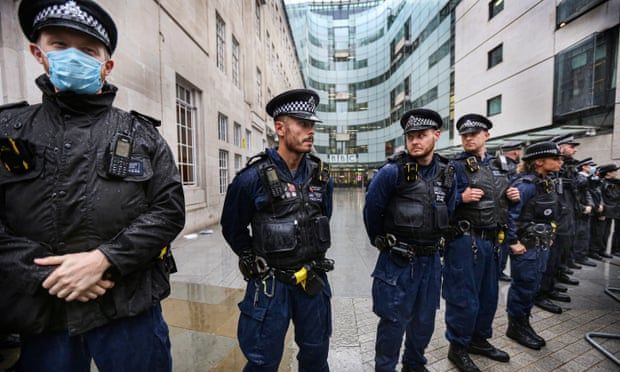 The latest conspiracy theory about the BBC? It’s lying about the weather

Is the broadcaster deliberately sabotaging Thanet’s tourist trade? That’s what an outraged barman told me
People always say that if the BBC is under equal attack from left and right for being biased against them, that means it’s doing its job. This is fallacious, but in quite a familiar, Churchillian way (“You have enemies? Good. That means you’ve stood up for something.” Even though, it could, of course, just mean that you go round parties telling people they’re ugly).

Now the left has gone quiet about BBC bias, not wanting to attack the organisation at a precarious time, while the right, specifically the “alt-right”, has gone wild with conspiracy theories about it. Anti-vaccine protesters were so exercised about “establishment conspiracies” apparently emanating from the Beeb last week that they stormed its HQ – though unfortunately, it was the one in White City that it hasn’t occupied for years. It is for information like this that you might consult an impartial news source.

But I didn’t realise how wide the conspiracy net had spread until yesterday, when I went to Broadstairs in Kent and was buying a pint, and trying to decide whether to go back to the beach the next day. It was 7pm and still full sunshine, in a clement, understated way – the best possible version of British weather.

The BBC weather app said it was going to break overnight and be cloudy the rest of the week. “I reckon,” said the barman, “the BBC stitches us up. They always say the weather’s going to be bad, and then people don’t come.” “But … is the weather never bad?” “Never. We’re a microclimate.” Every seaside town in the UK thinks it’s a microclimate. That’s not a conspiracy theory, that’s just, I don’t know, Queen Victoria’s fault?

“Do you think they’re doing it on purpose?” I asked. “Definitely.” I tried to get a feel for the corporation’s motive. “They’re all about Devon and Cornwall,” he told me, with absolute assurance. Apparently, the public service broadcaster was deliberately diverting honest British holidaymakers away from, not just Broadstairs, but the whole of Thanet, because the south-west is more fancy.

I mean, if it’s true, I’m happy to take a stand against it; Thanet has lovely weather. But let’s see what Devon and Cornwall think. If they, too, feel victimised, then we’ll know the BBC weather service is doing its job.
#vaccine
Add Comment