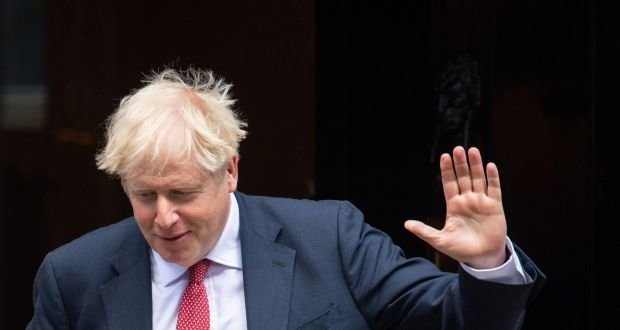 The Irish Times view on Brexit: does London really want a deal?

Once again, a new round of Brexit talks begins with a threat from London
We’ve been here before. More than once a Brexit talks round – one starts this week – has been heralded by a London chorus insisting that the UK is ready and able to walk away without a deal, will thrive without one, that time is running out, and that EU obstinacy is entirely responsible for the deadlock.

All accompanied by the reiteration of a version of the Rule Britannia refrain that “Britons never, never, never shall be slaves”. Last weekend the British chief negotiator David Frost banged that drum with the insistence that Britain would not let itself be a “client state”. This is all very familiar, in other words.

Time is running out. A deal needs to be completed, as Boris Johnson points out, by October 15th to be ratified by year-end. But weary resignation in Brussels and EU capitals at the latest sabre-rattling bluster has been shaken by a report from the Financial Times suggesting the UK is ready to undo some of the commitments made in the Northern Ireland protocol to the Withdrawal Agreement.

Brussels has made clear for some time that full implementation of the protocol provisions are not only legally binding on the UK – “Pacta sunt servanda”, agreements must be kept, as one diplomat put it – but a prerequisite for any agreement on the future trade deal with the EU.

The protocol’s key provisions relate to preventing the return of a hard border on the island of Ireland by allowing the North to remain part of the EU internal market, subject to its rules.

The reports suggest that London wants to water down state aid notification procedures by giving discretionary powers to ministers and to waive export summary declarations when goods go across the Irish Sea to Britain.

The British government acknowledges that checks will be required on goods moving in the opposite direction.

London says it is simply tying up “loose ends” with “clarifications”, and that its proposals are both entirely compatible with the protocol obligations, and only applicable should the talks with the commission in the Joint Committee (JC) on implementation of the Withdrawal Agreement fail to agree. The JC is working well and thoroughly, London says.

This week’s negotiations will thus open with a clarification of the clarification, before returning to the two most substantive, but not insuperable, disagreements still blocking a deal: how to make UK industrial subsidies compatible with free EU market access, and how to reconcile restrictions on EU fishermen’s access to UK waters with the latter’s free access to EU fish markets.

In Brussels and Dublin, however, there is increasing concern that the endless bellicose rhetoric really means London does not actually want a deal despite the dire consequences of such an outcome.
#Boris Johnson
Add Comment