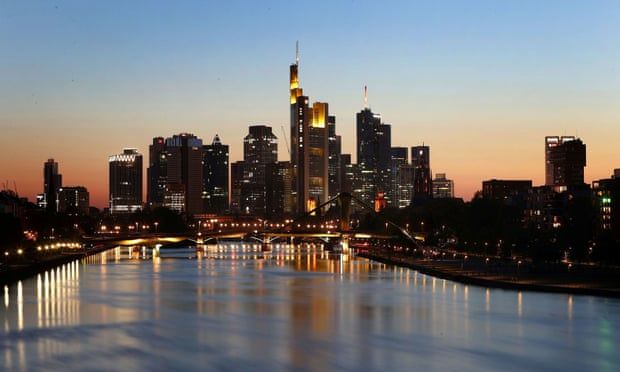 The EU is facing many difficulties, but Brexit isn't one of them

EU countries have, on the whole, absorbed the shock of Brexit. But in Britain, trade is down – and prices are up, says economist Lorenzo Codogno
Two years after Brexit formally took effect on 31 January 2020, and a year since the UK’s exit from the single market and customs union, we can attempt a provisional economic stocktake for both sides.

Nearly 52% of UK voters supported Brexit in the 2016 referendum. Nearly 100% of citizens elsewhere in the bloc were shocked by the result, and the first concern was that Brexit could mark the unravelling of the whole European project. That did not happen: indeed, quite the opposite. Even in the most Eurosceptic countries there was an increase in support for the European Union, a sort of closing of the ranks. There was a clear risk that the EU would become disunited in the buildup to Brexit. But again, it did not happen. All countries gave a strong mandate to the European Commission, and stood united.

Today, British politics appears increasingly folded in on itself, and the British economy is arguably less outward-looking than before the referendum. Countless questions remain unresolved with the commission, and mutual trust between London and Brussels has long since collapsed.

From the EU, the drama of the Brexit negotiations was watched with mixed feelings. Initial regret shifted to a desire to limit the damage. Some economic opportunities to fill the gaps left by the UK opened up. Brexit was clearly going to be a loss for everyone, but far greater for the UK than for any continental European economy.

Assessing the impact of Brexit on the EU presents a challenge, as macro-economic data is contaminated by the pandemic shock. However, digging into the details of trade flows, there has been a noticeable negative effect on some countries, sectors and firms. This has been especially sizeable for small producers who used to have unbounded single market access to the UK. Now, the extra paperwork puts off firms that lack the critical mass to absorb the extra fixed costs of handling non-EU trade procedures. Over time, the situation may well improve, but some companies have already given up. British consumers have paid the price, EU consumers far less.

A more precise picture of the geographical and sectoral composition will emerge once EU funds to compensate countries for the impact of Brexit are distributed.

Since 2016, the flow of EU workers to the UK has been in decline. That process accelerated last year, causing major imbalances in hospitality, agriculture, transport and healthcare, but also in some highly qualified jobs. The corresponding impact in the EU is a greater pool of labour in some countries and less of a brain drain, which increases unemployment but over time becomes a positive supply-side phenomenon. Again, while the impact is sizeable for the UK, it is very much diluted in continental Europe.

Although the impact of Brexit on the City of London is not yet significant, the possibility of maintaining an undisputed dominant position in increasingly integrated European financial markets has been jeopardised. On the margins, London financial job openings have moved to continental Europe, and some firms have relocated.

The historically Eurosceptic wing of the Conservative party wanted Brexit to deliver more freedom from what was perceived as the unnecessary constraints and bureaucratic burdens imposed by Brussels. A minority ultra-liberal wing naively dreamt of an even more open, deregulated, low-tax environment to increase economic dynamism and transform the UK into a Singapore-like haven. That raised fears in the EU of unfair competition through access to the single market, especially given the uncooperative approach to negotiations chosen by the UK government. Again though, these risks have by and large not materialised and concerns are dissipating.

The illusion of giving a boost to the UK economy with a reduction in taxation has clashed with the new needs for public spending for healthcare, the fight against the climate crisis, infrastructure investments, and the various electoral promises to the point of forcing the government to raise taxes. Instead of diverging, policies in the UK and the EU look increasingly alike.

Finally, there are non-tangible effects. In the past, the UK government has been obstructive on various initiatives aimed at strengthening the EU’s architecture and achieving stronger economic and political integration. It opted out of schemes developed to alleviate the impact of the financial and economic crisis on Greece and other economies. Would the ambitious €800bn (£665bn) pandemic recovery plan have even been possible with the UK government still around the table? Some in Brussels would say it would have been inconceivable.

The economic effects of the pandemic inevitably blur into those of Brexit, and therefore only once the dust settles can the damage be properly assessed. Of the many problems the EU is currently facing, Brexit has happily receded from the foreground.
Add Comment