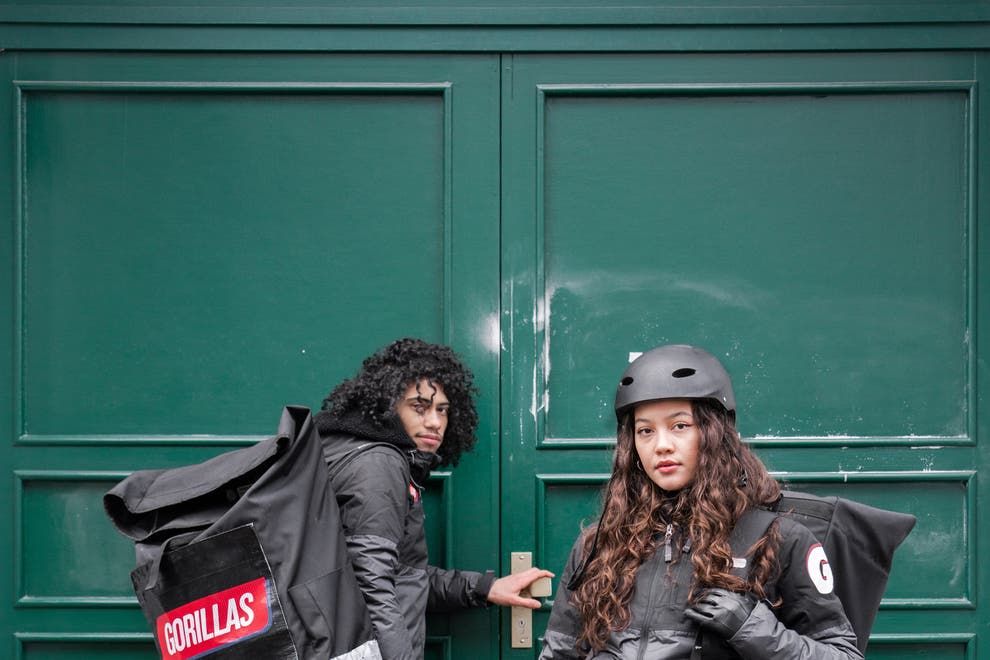 Getir has become the latest in a raft of fast-growing grocery delivery operators to raise bumper cash injections to fuel ambitious growth plans.

The Turkey-based company, which said it can deliver to customers in as little as 10 minutes and launched in the UK in January, secured almost £400 million in investment to take its valuation to about £5.3 billion.

German rival Flink also revealed it raised £170 million only six months after launching as it seeks to grow quickly across Europe.

Investors have been keen to pump money into the sector following a rapid surge in delivery demand amid the coronavirus pandemic.

However, this new wave of start-ups faces pressure from established players in the takeaway market – such as Deliveroo and Uber Eats – which have grown with retail partnerships.

Meanwhile, some supermarkets have tried to cut out the middle man with their own propositions.

Here we look at the key payers in the fast-growing sector:

Key start-ups in the UK

Investors clearly believe there is potential for a new type of grocery retailer for customers, with more than 800 million dollars (£566 million) in funding for last-mile start-ups announced on Friday alone.

This comes amid a flurry of other blockbuster funding rounds, including for Gorillas, one of the fastest-growing firms in the market.

Alongside Getir, Gorillas launched in the UK earlier this year with a major marketing push in London.

Meanwhile, a number of UK-based start-ups have also sprung up in the sector.

Weezy – which said it can deliver groceries within 15 minutes – raised £15 million in January in a round led by New York-based venture capital fund Left Lane.

In January, the company said it would use the cash to open more fulfilment centres in London and was targeting some 40 more UK sites this year.

Elsewhere, fellow UK firm Fancy – which operates in Leeds, Liverpool, Manchester and Newcastle – was snapped up by the US’s GoPuff.

Getir has said it will also use its latest funding boost – which has valued it more highly than Deliveroo – to expand into more UK cities.

Since the onset of the pandemic, takeaway specialists Deliveroo and Uber Eats have rapidly expanded their grocery delivery operations to cope with soaring demand for everyday staples.

The firms have linked up with supermarket chains and local convenience stores to offer rapid delivery services with their couriers.

Sainsbury’s has expanded its trials with both operators, expanding Deliveroo services to 100 of its stores and its Uber Eats scheme to 78 stores.

Supermarkets typically pick items from stores to be delivered by couriers, unlike the independent start-ups, which use their own fulfilment centres and product selections.

Morrisons, Aldi, Waitrose and the Co-op have also expanded offers through Deliveroo to reach customers with rapid delivery times.

Both courier firms also work extensively with convenience stores, including chains such as McColls, and independent retailers.

The biggest grocers have utilised the strong networks of the likes of Deliveroo and Uber Eats but some have also looked to develop their own propositions.

Last month, Tesco, which had previously not offered any rapid delivery service, launched its own Whoosh trial in Wolverhampton.

It said the one-hour service will be trialled at one store with the potential for expansion.

Sainsbury’s also operates its own service, called Chop Chop, which it expanded to 50 stores in 20 cities last year.

Meanwhile, last month, Waitrose announced plans to shut down its own Rapid delivery service, which it launched in 2018, saying it would instead focus on expanding its partnership with Deliveroo.

Morrisons offers same-day rapid deliveries as part of its tie-up with Amazon, which also offers customers its own Amazon Fresh products.