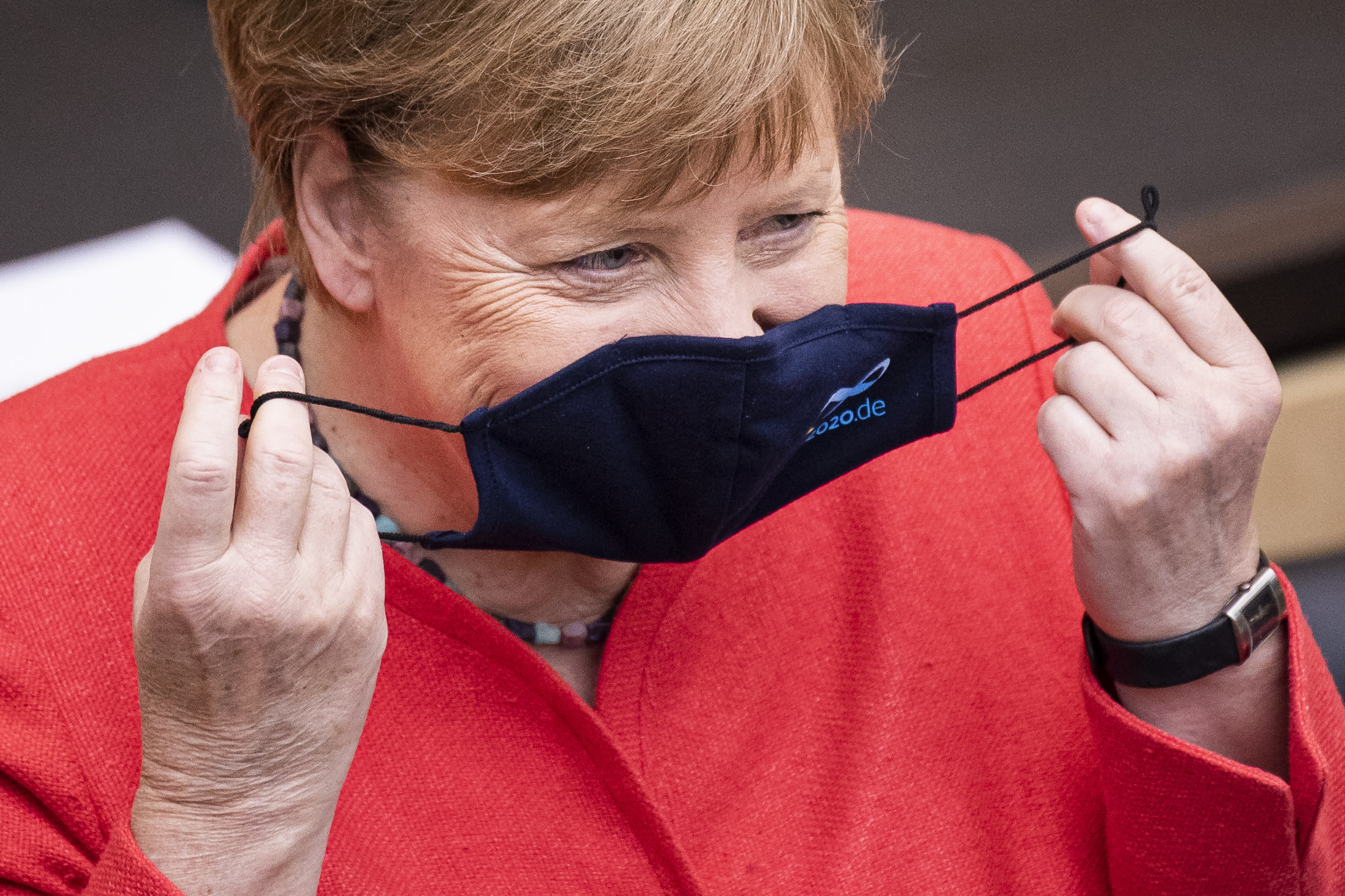 Berlin has been able to use its public finances in a way that no other European nation has. It has announced more than 450 billion euros ($505 billion) so far in immediate fiscal stimulus - the largest initiative in Europe. It also changed its tone towards the European Union.

Germany has made a sharp U-turn in policy due to the coronavirus crisis in what one economist has described as a “blessing in disguise.”

Up to the start of the pandemic, Germany had long been a supporter of fiscal prudency and balanced budgets. It was even written into its constitution that it should not widen its debt burdens. In addition, Germany was often against major plans for European integration. However, its political approach has now changed with the Covid-19 crisis, and this has significant repercussions for financial markets.

“This U-turn means, first of all, get rid of austerity measures, really use fiscal policy in an era where interest rates are negative … but also really invest in further European integration,” he said.

The German government has announced more than 450 billion euros ($505 billion) so far in immediate fiscal stimulus to shield its economy from the ongoing crisis. This represents 13.3% of its 2019 gross domestic product (GDP), according to think tank Bruegel. In comparison, France’s response accounts for a mere 4.4% of its 2019 GDP.

Berlin has been able to use its public finances in a way that no other European nation has. Most European governments have opted for deferrals of tax payments and other measures that do not necessarily strain their finances further and increase their deficits.

“There was no appetite for debt financing (prior to the pandemic),” based on the many years of budget surpluses that Germany was experiencing, Jens Suedekum, professor of international economics at the Duesseldorf Institute for Competition Economics, told CNBC.

In addition, German Chancellor Angela Merkel announced in May she would support a large-scale debt borrowing program at the EU level — something that had been a taboo in German politics for many years. Hence, many analysts, who had been worried about the stability of the euro zone in the longer term, praised the announcement from Merkel.

“The fact that many (German) government members have said that we need European solidarity and that we need further integration, I think it really marks an enormous shift, (an) enormous change of heart in German politics, which is then this blessing in disguise from the Covid-19 crisis,” Brzeski said.

The shift showed to investors that Germany was committed to supporting its economy and the stability of the EU, irrespective of its previous attitude. Markets have welcomed the move.

The main German stock index has risen about 48% since hitting its lowest point so far in 2020 on March 18. The wider European benchmark, the Stoxx 600, has rallied about 31% over the same period.

Brzeski said investors had been encouraged by the indication that “the austerity champion has turned into (a) big spender.”

If Germany continues down this path, its new political approach could become a “whatever it takes” moment, Brzeski added in reference to a 2012 speech made by former European Central Bank President Mario Draghi that was seen as having prevented the collapse of the euro.

Likely to pay off?

This change in attitude could also mean the country is better placed to deal with the pandemic than it is counterparts.

“Germany is set to come through the initial shock from the pandemic much quicker and better than the rest of the euro zone,” Claus Vistesen, a euro zone economist at Pantheon Macroeconomics, told CNBC.

“The prospect of a relatively resilient Germany is further supported by the fact that Berlin is now seriously flexing its fiscal muscles,” he added in a note last month.

The Bundesbank estimated that the German economy will contract by 7% this year, followed by a pickup in activity by between 3% and 4% in 2021 and 2022.

In comparison, France, Spain and Italy, where the health crisis was more severe, are expected to contract by more than 10% in 2020, according to the International Monetary Fund.

Nonetheless, the future for the German economy will depend on how this fiscal stimulus will be applied.

“Overall, the threat of a decline in globalisation and multilateralism is not good news for Germany, but it has the ability to strengthen itself and Europe to meet those challenges, and that objective hasn’t changed with the virus,” Vistesen said.
#COVID-19  #Covid  #Coronavirus  #Angela Merkel
Add Comment