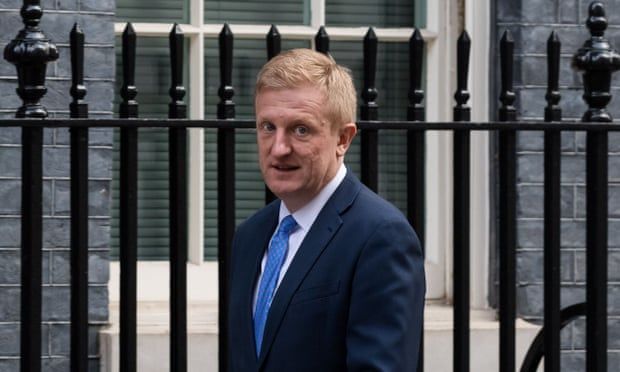 Dr Seuss and (Mr) Potato Head. The Mandalorian and The Muppet Show. These are just some of the many cultural artefacts that have been dragged to the heart of the US’s all-consuming war over “wokeness” in the past year, with furious rightwingers decrying liberals for “cancelling” things they see as insufficiently progressive.

Republican-led states have moved to ban schools from teaching “critical race theory”, an academic framework for assessing entrenched societal racism that is not typically taught in schools. Ron DeSantis, the Trump-lite Florida governor, proposed the “Stop Woke” Act, with woke standing for “Wrongs to Our Kids and Employees”.

Oliver Dowden, the Tory party chairman, blundered into this increasingly meaningless word soup on his visit to Washington this week, giving a speech at the rightwing Heritage Foundation identifying “wokeness” as a dire threat to western civilisation. Dowden alluded to modern Maoists who are “obsessing over pronouns” and want to “decolonise mathematics”.

“The US and the UK may certainly be very different societies. But we are joined by the same fundamental values,” he said. “Neither of us can afford the luxury of indulging in this painful woke psychodrama.”

He sounded downright American, and not for the first time. Dowden has often been in the vanguard of the British government’s halting attempts to start its own “war on woke” in recent years. During his tenure as culture secretary, he condemned the BBC for planning to axe the singing of Rule, Britannia! from the Last Night of the Proms (the BBC blamed Covid then U-turned), said government buildings should fly the union jack more, and moved to put “red wall” voters on the boards of cultural institutions. In his Heritage Foundation address, Dowden condemned the defilement of a statue of Winston Churchill.

Much of Dowden’s speech was transparently silly and hypocritical. A society being able to challenge its shibboleths is an act of self-confidence, not the erosion thereof. Complaints about “woke warriors” stifling speech often seek themselves to stifle speech, especially in the US, which is well into the book-banning phase of its Trumpian decline.

Even taken on his own terms, though, Dowden was wrong to characterise woke threats to the UK and US as two sides of the same coin. America’s woke wars have mostly stuck new branding on entrenched, decades-old cultural grievances – often thinly veiled expressions of racism and white anxiety – that tend to break down on familiar partisan lines. In many ways, it’s just the new “political correctness gone mad”.

The UK, of course, has longstanding institutional racism issues, and countless cultural sores of its own. When Dowden told the Heritage Foundation that the government had told schools that it was “illegal to teach the concept of ‘white privilege’ as though it were undisputed fact”, his audience surely heard a clear echo of the US freakout over critical race theory.

In general, America’s culture war discourse is so ingrained that it is impossible to simply uproot it and replant it in Britain, where political life is less structured around hot-button cultural controversies.

Sure, people care about patriotic songs and the union jack, often quite a lot. But these symbols aren’t permanent, inflamed points of contention. (Keir Starmer may be keen to emphasise them, but he seems to see them as a post-Corbyn prerequisite for electability, not a finished political offer in and of themselves.) We have tabloids, but we do not have a Fox News mainlining grievance day and night. GB News looks tinpot in comparison.

Moreover, the cultural schisms that we do have don’t always reinforce each other. Brexit got nasty, but did not map neatly on to existing divisions. (Dowden voted for Remain.) Covid rules, a key driver of the US culture wars, have not been as viciously polarising here. When Dominic Cummings broke lockdown, he tried to fight his way out of accountability, Trump-style, but was met with a wall of public fury. Ditto Boris Johnson. As of a year ago, nearly 60% of Britons didn’t know what “woke” meant. A roughly contemporaneous poll found the equivalent US figure to be around 30%.

It’s easy to oversimplify any transatlantic comparison, and it’s facile to say that culture wars are always a distraction from weightier, kitchen-table issues – culture matters. But the relentless, totalising focus on grievance surely is a distraction. In keeping with their “with or against us” tone, the woke wars, if they are to be effective electorally, need to be an all-or-nothing political strategy. Many US politicians are all in. Most Tories are not. And it’s far from clear that their voters would reward them if they were.

In addition to getting Brexit done, increasing living standards has really been the nub of the Tory offer to so-called “red wall” voters, and they will want to see some follow-through at some point. Dowden’s speech went down well at the Heritage Foundation; word for word, it might have gone down quite well in Hartlepool, too. Most British voters, though, need more than a seat on the board of a museum.