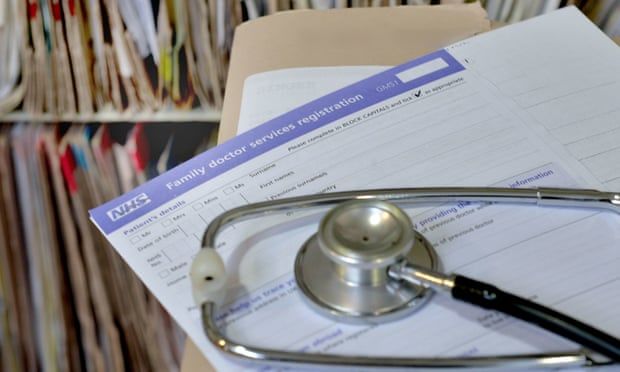 Analysis: May is only one month and there is likely to be a sharp contraction in June

Crisis, what crisis? Stagflation, what stagflation? On the face of it, the solid rise in UK economic activity in May suggests the outlook is not as bad as previously feared.

No question, the monthly estimate of growth from the Office for National Statistics was a surprise for the financial markets – and for once a surprise on the upside.

The City had been expecting gross domestic product to expand by 0.1% rather than the actual 0.5% increase. April’s decline was also smaller than originally thought – 0.2% instead of 0.3%.

Even so, a look beneath the bonnet of the economy shows evidence of the strains caused by rising inflation, especially in the services sector – which accounts for about 80% of GDP. 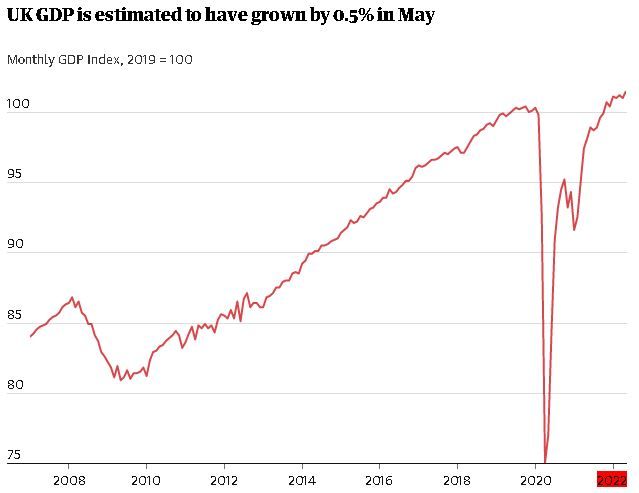 Service sector output overall grew by 0.4% in May – in large part because of an increase in GP appointments – and was the biggest contributor to the economy’s growth. Health constitutes a big part of the economy, and has been sensitive to developments in the pandemic. In recent months, the scaling back of the test and trace and vaccine programmes has subtracted from GDP but patients have felt more confident about visiting their doctor.

Consumer-facing services, however, fell by 0.1%. There was a drop of 0.5% in the retail trade, and there was a 5.3% decline in sports, recreation and amusement activities.

It was not all bad news. As the scenes of disruption at UK airports have shown, plenty of people are looking to go abroad on holiday and this was reflected in an 11% increase for travel agencies and tour operators.

So far at least, the GDP data suggests a lot of consumers are deciding what matters to them rather than stopping spending altogether. The chances of the Bank of England raising interest rates by 0.5 percentage points rather than 0.25 points in August have probably increased.

May is only one month and there is likely to be a sharp contraction in June because of the impact of the extra bank holiday to mark the Queen’s platinum jubilee. Rising inflation will also intensify the squeeze on living standards and it is still possible the economy will contract in the second quarter as a whole. There is a bumpy road ahead.