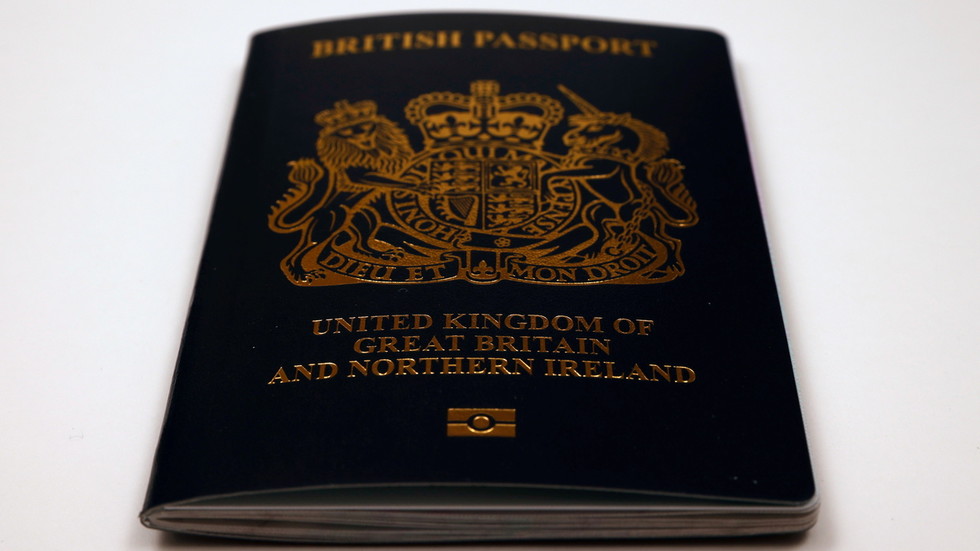 The UK Supreme Court has rejected a legal challenge brought against the government over its failure to provide gender neutral passports after an LGBTQ rights campaigner claimed the lack of an 'X' option breaches human rights laws.
Christie Elan-Cane, who identifies as a “non-gendered” individual “fighting for legal recognition,” initially launched the legal challenge to secure legal recognition for British people who don’t identify as male or female.

The legal bid was rejected by the Court of Appeal in March 2020, which said the current policy does not breach human rights. The Supreme Court unanimously dismissed Elan-Cane’s appeal on Wednesday, handing the Home Office another win.

Defending the existing rule, which requires UK citizens to identify as either male or female on their passports, the Supreme Court said that gender forms part of the process that helps authorities confirm an applicant’s identity.

“It is therefore the gender recognised for legal purposes and recorded in those documents which is relevant,” Lord Reed, the president of the Supreme Court, said in the ruling, dismissing gender as not being “a particularly important facet of the appellant's existence or identity.”

Elan-Cane responded to the ruling on Twitter, declaring that the "UK government and judicial system are on the wrong side of history,” failing to provide recognition for non-gendered individuals.

Vowing that the Supreme Court’s decision is “not the end,” Elan-Cane will now seek to secure a positive ruling from the European Court of Human Rights, which would overturn the decision from the British courts.