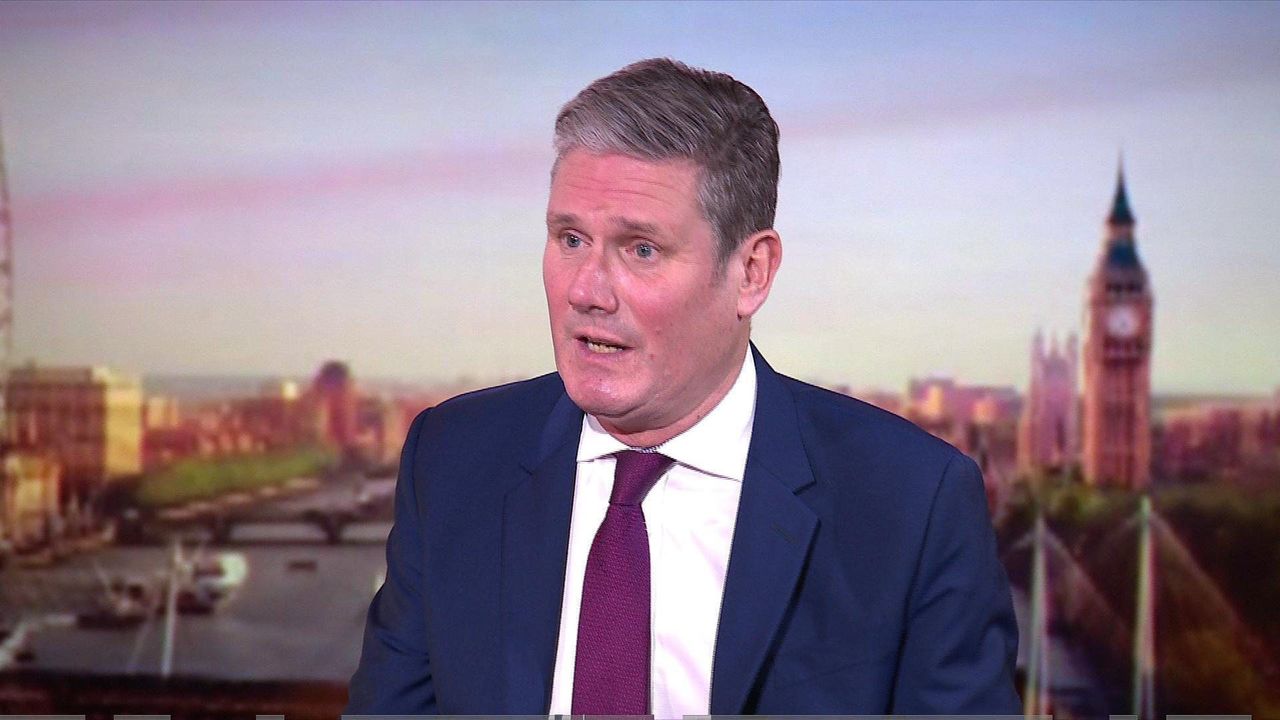 The Labour leader says it looks like Boris Johnson broke the law, but doesn't call for him to resign.

Speaking to the BBC's Andrew Marr, Sir Keir fell short of calling for the prime minister to resign, despite saying it looked like Mr Johnson had broken the law.

The Sunday Mirror published a photo of the PM sat between two colleagues in No 10 last year - while indoor household mixing was banned in London.

Downing Street said the PM "briefly took part virtually" to thank staff for their work during the pandemic.