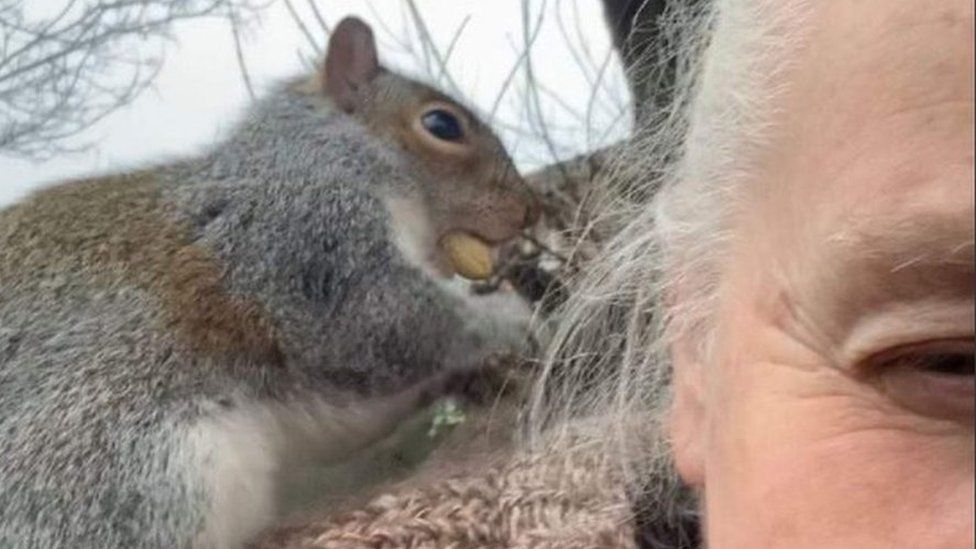 Squirrel injures 18 people in two days of attacks in Buckley

A grey squirrel which attacked and injured 18 people has been captured and put down.

The animal earned itself the nickname Stripe after the vicious character in the film Gremlins.

It started attacking people in Buckley, Flintshire, last week over a two-day period.

This was much to the distress of Corinne Reynolds, 65, who had fed it since March and said it was a "frequent and friendly visitor" to her garden.

Stripe initially came to steal bird food and Mrs Reynolds said: "All those months he's been fine, he would even come and take a nut out of my hand."

But she said he bit her last week as she fed him in her garden, and then she saw reports of other bites and attacks on the town Facebook page.

She added: "After I saw all those pictures of people's injuries, I thought 'oh my goodness, what's happened to him'?" 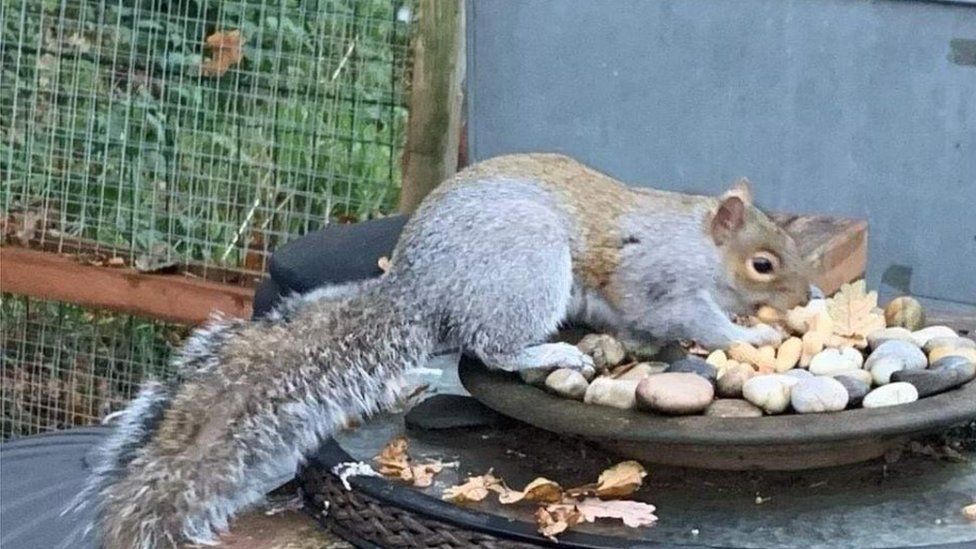 Corinne initially viewed the squirrel as a friend

Mrs Reynolds said she knew something had to be done and thought "because I knew him, I knew I was likely to catch him".

"I only left the trap near the area I normally feed him for 20 minutes, and he was in," she added.

"I felt he did trust me, and I betrayed him." 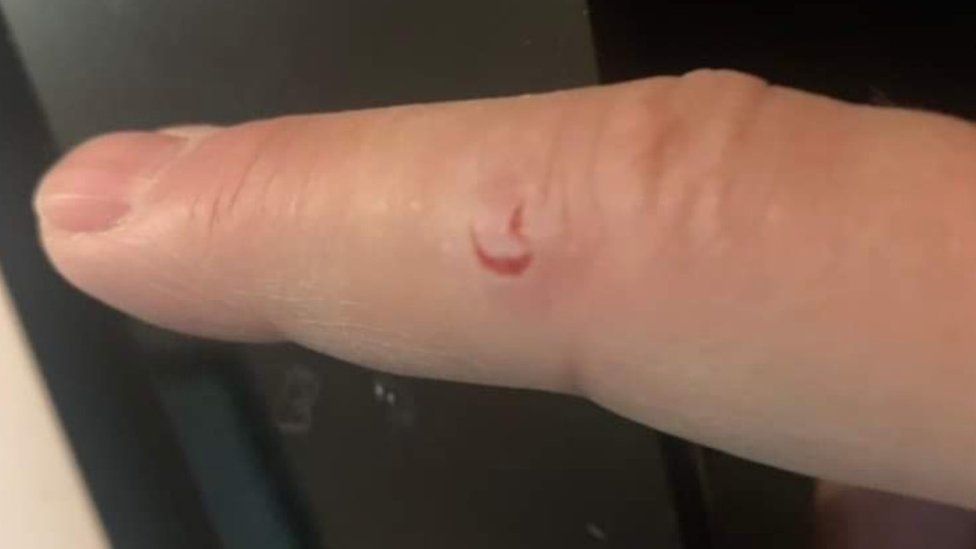 Mrs Reynolds was bitten on her finger

Mrs Reynolds often takes in injured birds such as seagulls or corvids until they can be released, describing herself as an animal lover.

She said: "My garden is like a bird sanctuary. But I know I did the right thing. I have a two-year-old grandson, if he'd been bitten on the finger, he could have lost it."

A woman who lives in the same area reported being attacked as she was taking in her recycling boxes, another recounted on social media how she had to have a tetanus jab after being bitten by Stripe.

The RSPCA took Stripe in following his capture by Mrs Reynolds and, after examination, he was euthanised by a vet.

A spokesman said: "We were incredibly sad to have to put this squirrel to sleep but were left with no choice due to changes in legislation in 2019 making it illegal to release grey squirrels back into the wild.

"We do not agree with this law and opposed it, but legally we have to comply. There are numerous ways to humanely deter grey squirrels and we would urge people not to trap them as it is now illegal to release them into the wild and the only option is to put them to sleep." 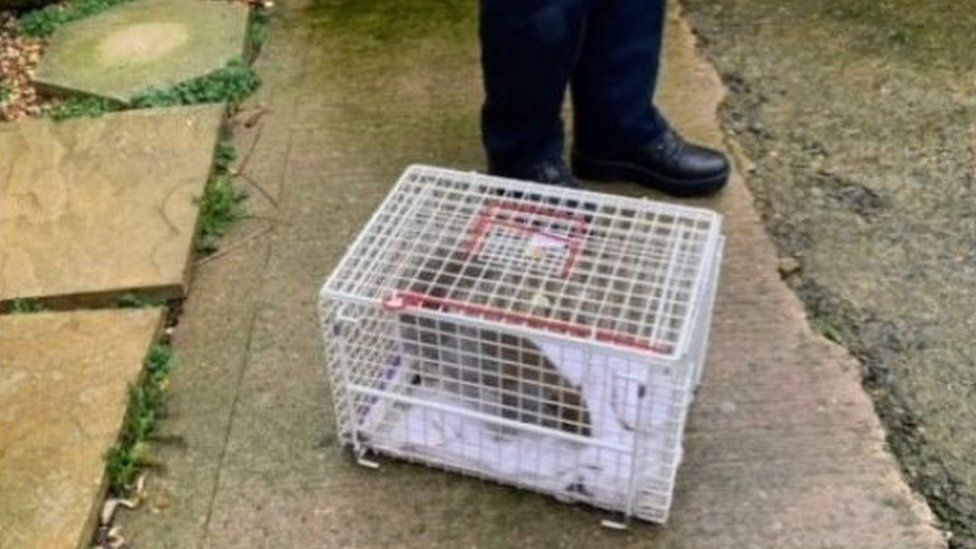 The squirrel was caught and taken away by the RSPCA

"I used to call him Little Buddy every time I saw him in the garden," said Mrs Reynolds.

"But after all this started happening, that's when I changed it to Stripe.

"I feel sad the squirrel has lost his life, but there was nothing else I could do. The damage he caused was unbelievable."