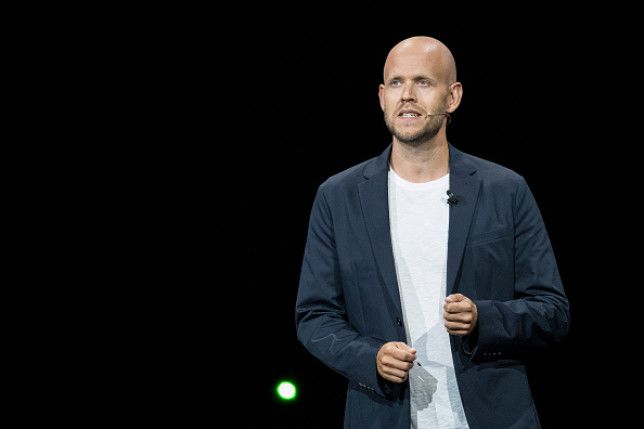 Thousands of Gunners fans engaged in protests against Kroenke at the Emirates before Friday’s Premier League defeat to Everton.

Supporters were venting their frustrations over the American billionaire’s running of the club in the wake of Arsenal’s plot to enter a European Super League, which they ultimately withdrew their support from after mass backlash. 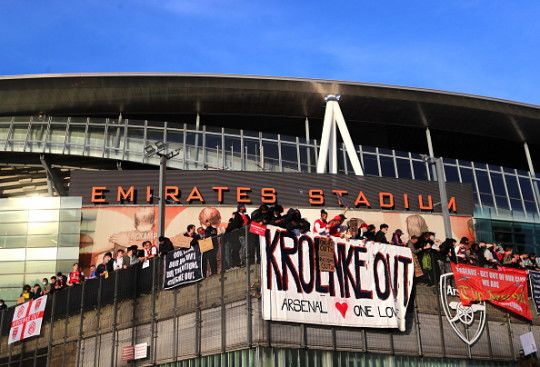 Arsenal fans protested against their owner on Friday

During Friday’s protests, Ek – a Swedish entrepreneur estimated by Forbes to be worth £3.4billion – posted on Twitter that he would be open to buying Arsenal should KSE be looking to sell.

‘As a kid growing up, I’ve cheered for @Arsenal as long as I can remember,’ Ek wrote.

‘If KSE would like to sell Arsenal I’d be happy to throw my hat in the ring.’

And according to Telegraph Sport, the Spotify CEO’s interest is genuine and he is preparing to open talks with Kroenke over a potential takeover bid.

Despite Arsenal director Josh Kroenke – the son of Stan – claiming on Thursday that KSE have no intentions to sell, the Telegraph say that an offer of around £2bn may tempt them.

Arsenal fans’ protests on Friday have been backed by club legend Ian Wright, who doesn’t feel that KSE are fit to run, or own the club.

‘I stand with them,’ Wright told Dazn. ‘I made it clear what I think about the owner. I think they’re right to be outside there.

‘The statement from the manager as well, fans have every right to be out there saying what they’re saying.‘

‘KSE are not fit, for me, not fit to run the club, not fit to own the club. We’ve heard Josh Kroenke saying they’re not selling the club – and I wouldn’t expect them to, it’s a massive cash cow for them.’