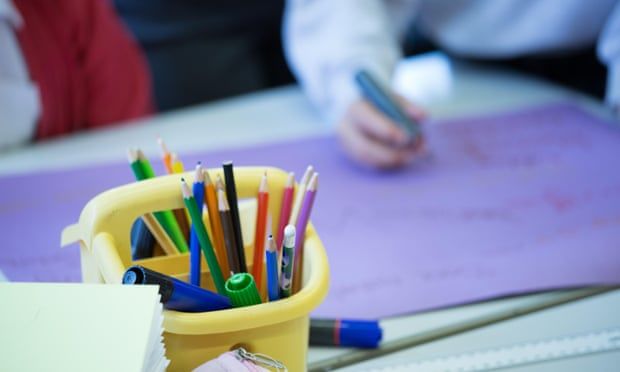 Schools warn of ‘postcode lottery’ in which cash-strapped councils hold back money to cut budget deficits
Special schools in England are struggling to access crucial government funding worth hundreds of thousands of pounds to offset rising staff salaries and soaring fuel costs, headteachers have warned, with some facing cuts to class sizes.

The autumn spending review set out £1.2bn in funding for schools to cover forthcoming national insurance increases and “wider cost pressures”, including the new £30,000 starting salary for teachers, as well as fuel price rises.

That funding, the schools supplementary grant, has been handed directly to mainstream schools, but it goes via local authorities to special schools, alternative provision and hospital schools through the high needs budget.

Special schools are warning that this has resulted in a “postcode lottery” in which some cash-strapped councils are withholding all or part of the grant to bring down deficits in their high needs budgets, whereas others are matching or exceeding the grant received by mainstream schools.

Pauline Aitchinson, who runs the National Network of Special Schools (NNoSS), which represents 460 special schools across England, said: “Special schools are very oversubscribed so there has to be a balance – nobody would want to see children suffering as a result of this.

“Some schools haven’t had increases in top-ups for many years. They’re seeing real cuts in their funding. We have to make sure that when mainstream schools are getting guarantees of extra funding for extra costs that are no fault of their own, that special, hospital and alternative provision are treated the same. It’s got to be a level playing field.”

Aitchinson said the funding was especially important for special schools, which employ more staff members per student, and to help them avoid a looming staffing crisis, with support staff leaving the profession over low pay. “Having these funding guarantees could allow schools to be more strategic in retaining and attracting the right staff for their schools,” she added.

The uncertainty is making it difficult for heads to plan for next year and budget properly, Aitchinson said. She said the Department for Education (DfE) has said the delays are a matter for councils and schools, with no deadline or fixed methodology set out in the guidance to local authorities.

One multi-academy trust, the Eden Academy, said all four local authorities in which its special schools were based have so far given different responses. Hillingdon will not pass on any funding, Harrow will give some but has not yet determined how much, Cumbria has passed on 3%, just below the 4% mainstream schools are receiving, and Northumberland has not yet decided, said its chief operating officer, Sudhi Pathak.

He said the lack of clarity was making it difficult to establish what support the schools would be able to offer pupils in September, from therapy, including for speech and language, to being able to restrict class sizes to eight pupils, as well as forcing schools to dip into emergency funds to cover unexpected costs such as building works. “I can only budget on something I know is definitely coming in. The danger is I rely on it and it doesn’t materialise.”

He added: “Our heads were told this funding is coming and now it looks like it isn’t. We’re still trying to discuss with local authorities to get something out of them. It’s stressful for heads, the uncertainty of not knowing what the budget will look like.”

Warren Carratt, the chief executive of Nexus Multi Academy Trust in South Yorkshire, said he thought the decision reflected a view in government that special needs schools were to blame for high needs funding increases in recent years, which he said was an undertone to the Send green paper published last week.

“The department’s view seems to be that special schools are well-funded and that’s where the problem lies, rather than that there’s a structural deficit in high needs blocks,” he said.

A DfE spokesperson said the SSG was “paid directly to mainstream schools but for alternative provision, special schools and some others it is paid to local authorities. This replicates the approach taken through the National Funding Formula (NFF), and from 2023-24, the supplementary grant will be rolled into the NFF.”
Add Comment