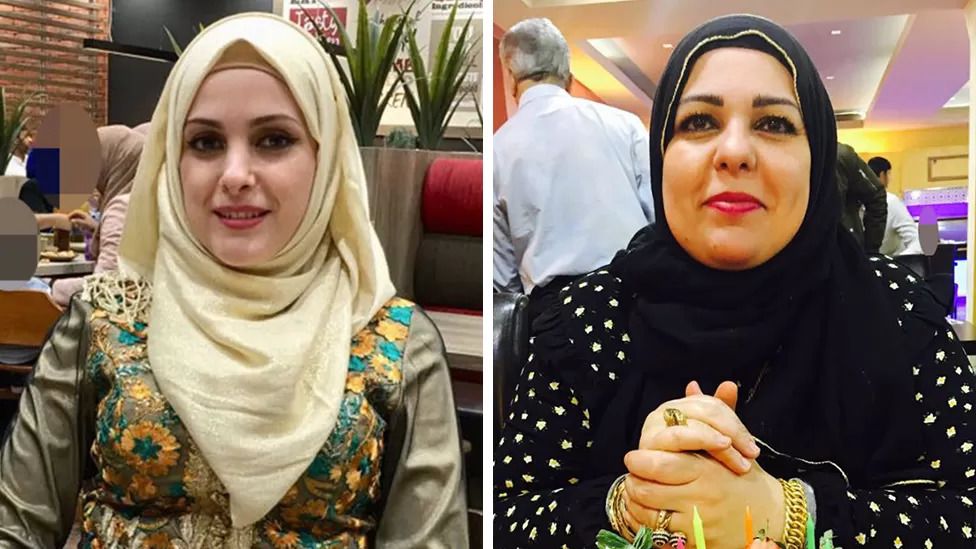 "Shocking" police failures contributed to the murders of two women stabbed to death in the West Midlands, a former inspector at the police watchdog said.

An inquest jury found police errors contributed to the deaths of Raneem Oudeh and her mother Khaola Saleem in Solihull in 2018.

West Midlands Police has apologised to the family.

Zoe Billingham, who served as Her Majesty's Inspector of Constabulary, said they were "failed" by officers.

"In all steps, the victims in this particularly tragic and shocking case were failed and let down by the police," she told BBC Radio 4's Today programme.

She said it was "astonishing" police had invited Ms Oudeh's estranged husband Janbaz Tarin for a voluntary interview and that officers "possibly didn't take the victims seriously".

Tarin admitted murdering the two women and was jailed for a minimum of 32 years in December 2018.

West Midlands Police had "so many opportunities to save their lives, right up until the end", Mrs Saleem's sister, Naur Norris, said after the inquest.

In their final hours, Ms Oudeh made six 999 calls after Tarin hit her at a restaurant and followed them home, but officers failed to reach them in time.

In the final call, which the inquest heard, Ms Oudeh's screams could be heard as she was attacked.

Ms Norris said the force had "failed Khaola and Raneem beyond imagination".

It was not the first time Tarin's actions had been reported to police, with the Independent Office for Police Conduct (IOPC) detailing 10 domestic abuse incidents reported to West Midlands Police between April and August.

The IOPC found the force failed to carry out satisfactory intelligence checks when responding to domestic incidents between Ms Oudeh and Tarin and "dealt with each incident in isolation".

The lack of time police officers have to do their job well has to be addressed by West Midlands Police, Ms Billingham said.

"One of the key lessons here for the force is to make sure that you free up police time so they can take domestic abuse seriously," she added.

The force had made changes since the murders, including increasing the number of officers investigating domestic abuse offences, Assistant Chief Constable Andy Hill said.

But he accepted "none of this will undo the devastation that the murders of Raneem and Khaola caused to their family".

Listen to 999 call Raneem Oudeh made before hours her death