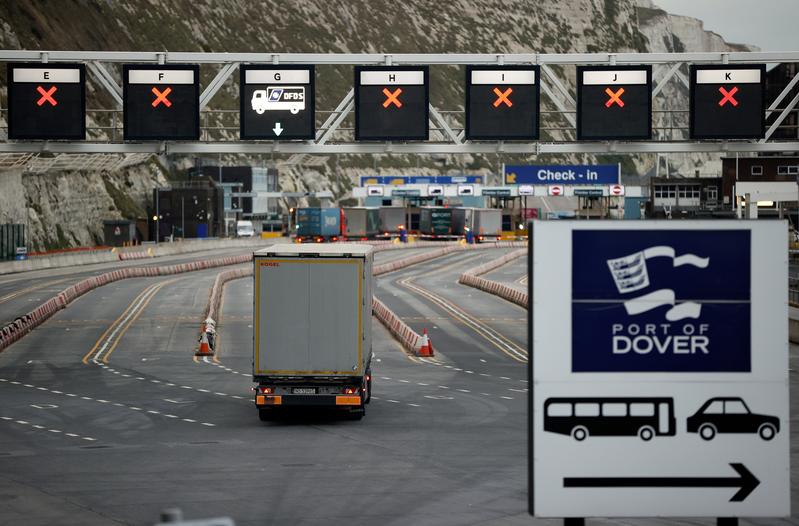 An increasing number of freight groups rejected contracts to move goods from France into Britain in the second week of January, while prices rose, according to data that shows the impact of Brexit and COVID-19 on UK trade.
Transporeon, a German software company that provides a network for suppliers, retailers, shippers and more than 100,000 logistics service providers, said prices were up 47% compared with the third quarter in 2020.

Prices had been up 39% in the first week of January. The third quarter of 2020 was chosen to reflect the most normal trade levels with regards to COVID-19 turbulence last year.

The data also shows that freight forwarders, the companies that book truckers or other modes of transport to move goods on behalf of suppliers, are rejecting jobs from companies they are contracted to serve, when it comes to moving goods to Britain.

In the second week of January the rejection rate was up 168% on Q3, 2020, compared with the 102% jump it recorded in the first calendar week of the year.

The data backs up what UK freight forwarders have been telling Reuters, that many European drivers are refusing to come to Britain after Brexit. And that prices are soaring.

Businesses across Britain have struggled to export goods into Europe since the UK left the EU’s orbit, particularly small firms unaccustomed to filling in lengthy declarations and food producers having to secure health certificates.

Lorry drivers were also incensed in December when France shut the border to Britain to contain a new infectious variant of the coronavirus, and then demanded negative COVID-19 tests, leaving thousands stranded in Britain over Christmas.

The haulage industry estimates that around 80% of truck drivers operating between Britain and France are employed by European firms.