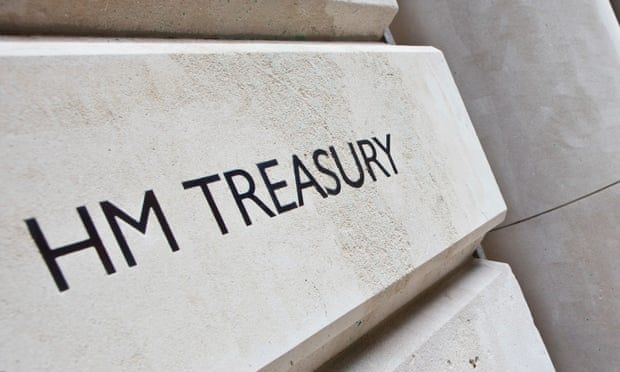 Soaring inflation pushed interest payments on UK debt to a record high in June, putting the government’s budget deficit on course to reach more than £100bn this year, almost double its pre-pandemic level.

Highlighting the scale of the economic challenge that will face the next prime minister, debt interest payments hit £19.4bn last month alone, the highest since monthly records began in April 1997, according to the Office for National Statistics.

A quarter of the UK’s £2.5tn government debt is index-linked, making the cost of servicing it vulnerable to rising inflation. 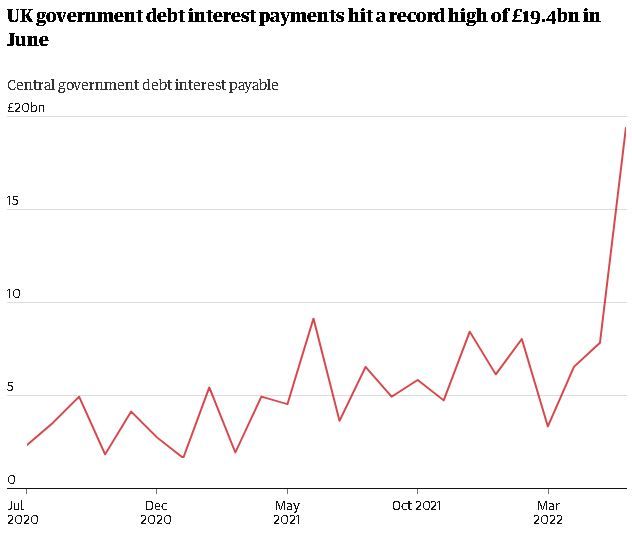 A Reuters poll of economists had pointed to a deficit of £23bn.

Over the first three months of the 2022-23 financial year starting in April, Britain has borrowed £55.4bn.

Philip Shaw, chief UK economist at Investec, said the deficit was already £3.6bn higher than expected by the Office for Budget Responsibility, putting it on course to hit more than £100bn by the end of the financial year.

He added that the likelihood of an economic downturn could push up government spending and hit tax receipts to increase the deficit further.

He said: “The unconditional promises of various candidates over the past week or so in the Conservative party leadership race to bring taxes down (including the frontrunner Liz Truss), have seemed somewhat at odds with delivering a path of fiscal sustainability over the medium-term.”

“It may limit the ability of the next prime minister to provide more relief for households when a further rise in CPI inflation from 9.4% in June to around 12% in October worsens the cost of living crisis,” she said.

The balance between tax and spending has been hotly debated between the two remaining candidates in the race to replace Boris Johnson as prime minister.

In response to the data, the current chancellor, Nadhim Zahawi, said he recognised there were risks to the public finances, including from high inflation.