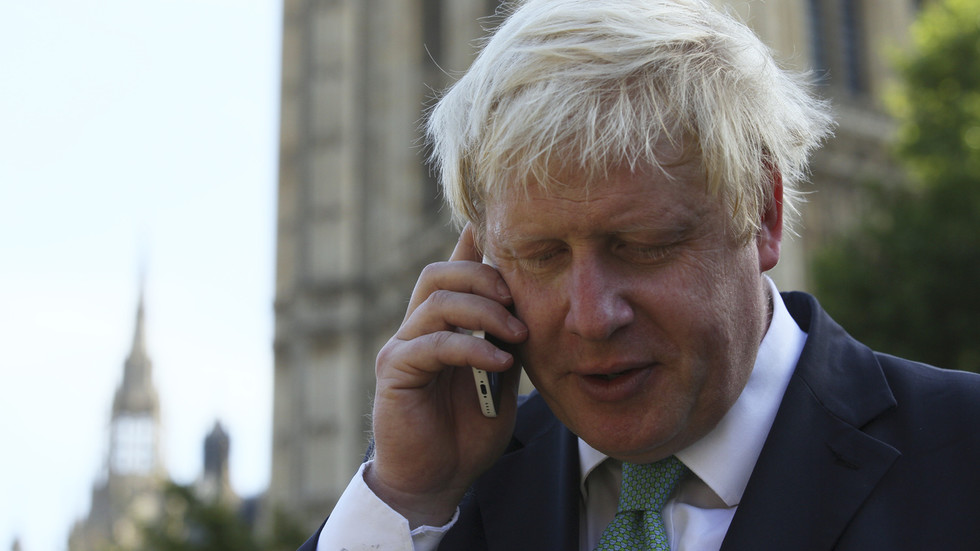 Slide into the PM’s DMs: Boris Johnson’s mobile number being scrubbed from the internet after widespread exposure

British Prime Minister Boris Johnson has reportedly had the same mobile number for 15 years, easily discoverable through Google. Though Johnson’s office hasn’t addressed the news, the number is being scrubbed from the internet.

Johnson, according to media reports this week, had a habit of handing out his mobile number to whoever he met, and has reportedly used the same number since at least 2006, two years before he became mayor of London and 13 before he became prime minister. The number itself is easily discoverable via Google, a fact that celebrity gossip site Popbitch advertised in a recent blog post.

Downing Street has kept quiet about the number, and hasn't responded to media enquiries about whether the PM would change his digits. Multiple outlets attempted to call the number and were met with a dead tone, but the phone was active on Friday afternoon, and rang out three times. Whether it still belongs to Johnson or not is unknown.

Somebody is keen to remove the number from the internet, however. Johnson’s contact details were found attached to the bottom of a 2006 press release by Politeia, a centre-right UK think tank. The press release was edited sometime before Friday afternoon to remove Johnson’s details, but the old version has been archived online.

Politeia itself appears to be behind the edits, since both versions of the press release were hosted on its own website.

Still, screenshots of the old version are circulating online, meaning that anyone attempting to scrub the number faces an impossible fight. It is far more likely that the PM has switched numbers by now, as his associates have long advised him to. Even before news of the number went international, Johnson was reportedly plagued with calls from citizens seeking his help, to the point where it interfered with his work. “The problem with Boris is that he replies to everyone,” a government source told the Telegraph earlier this month, noting that Johnson often had difficulty getting callers “off his back,” much to the annoyance of his aides.

Few world leaders leave their contact details out in the open as Johnson apparently did, and the PM’s opponents have hammered him for doing so. Labour leader Sir Keir Starmer said it was “a serious situation [that] carries a security risk,” while Labour MP Kevan Jones, a former defense minister, told Politico that “it needs to be investigated as a matter of urgency why this has not been addressed before now. It leaves the prime minister very vulnerable.”

Chancellor Rishi Sunak dismissed these arguments, telling reporters on Friday that “all security protocols have been followed.” Sunak added that “part of what makes the prime minister special is that he is an incredibly approachable individual.”

With his number being wiped from the internet, Johnson may finally be rethinking that approachability.