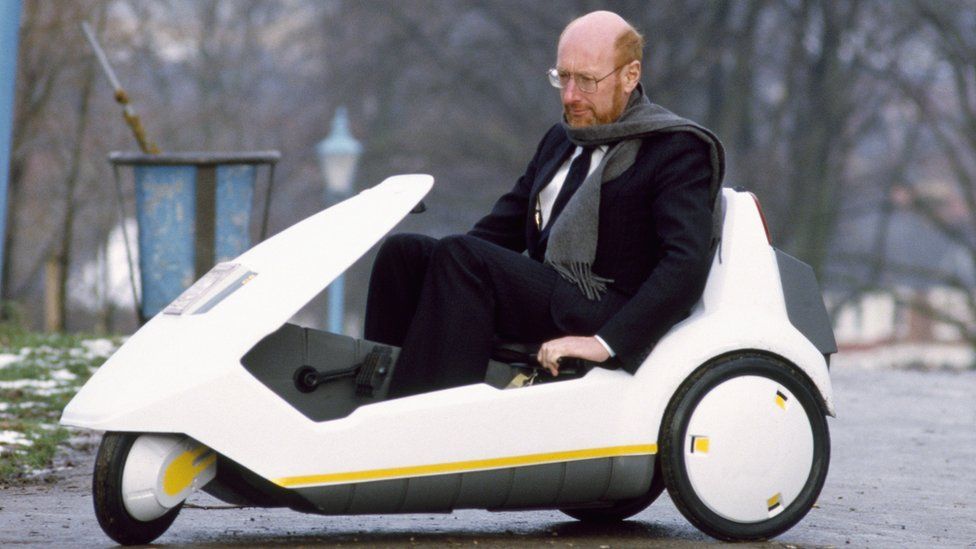 Inventor Sir Clive Sinclair, who popularised the home computer and invented the pocket calculator, has died at his London home aged 81.

His daughter Belinda Sinclair said he passed away on Thursday morning after having cancer for more than a decade.

He was still working on his inventions last week "because that was what he loved doing", said Ms Sinclair.

"He was inventive and imaginative and for him it was exciting and an adventure, it was his passion," she added.

His ZX Spectrum computers brought affordable personal computing to the masses - selling in their millions across the world.

However, in a BBC interview in 2013, Sir Clive revealed he did not, at that time, use computers himself.

"If I had a computer, I'd start thinking I could change this and that, and I don't want to. My wife very kindly looks after that for me."

Unlike the ZX Spectrum, his attempt to launch an electric vehicle was not successful.

The C5 launched in 1985 and buyers were disappointed with its limited range, slow speed and inability to climb hills. It caused Sir Clive severe financial problems.

His daughter said: "I think sometimes he was a bit too early [with his inventions].

He was a devoted father and grandfather who will be missed by her children Samuel, Henry and Florence, Ms Sinclair said.

"They were very close to him and cared for him in the last few years," she said.