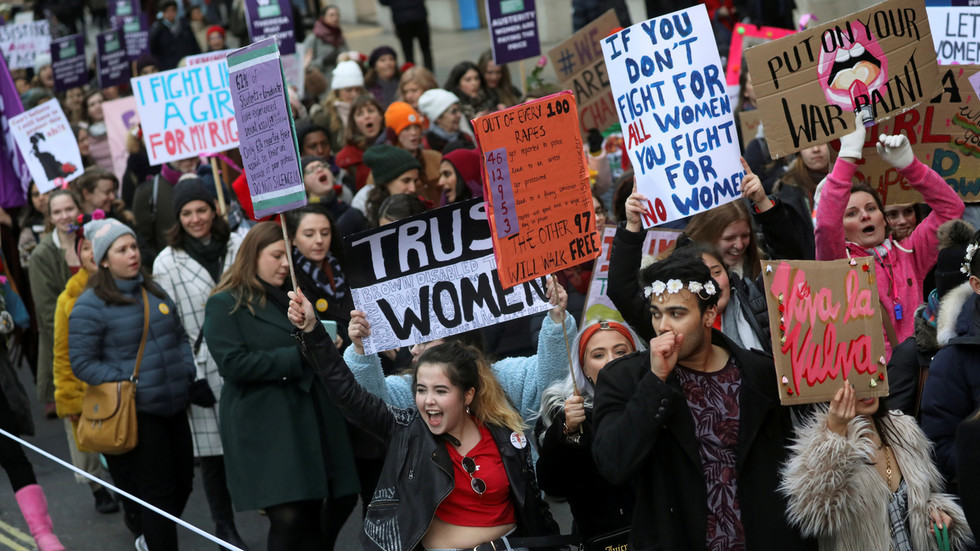 Equalities Minister Liz Truss has condemned the woke left’s focus on “fashionable” issues of race and gender, and called on the government to fight poverty instead. The liberal press, however, hounded Truss for her heresy.

Speaking at the Centre for Policy Studies think tank on Thursday, Truss declared that the debate in the UK over discrimination should not focus on “fashionable” issues of race, gender and sexual orientation. Instead, she said the government would focus on the “real concerns” of poverty, class division and income inequality between the north and south of the UK.

"To make our society more equal, we need the equality debate to be led by facts, not by fashion,” she said, calling racial and gender quotas, targets and bias training “tools of the left,” the Daily Mail reported.

The 2010 Equality Act created nine protected groups based on age, disability, gender reassignment, marriage and civil partnership, pregnancy and maternity, race, religion or belief, sex and sexual orientation. Since then, successive British governments have focused on these groups in attempting to create a more equal society.

Truss wants this approach put on the back shelf, and on Thursday announced the Equality Data Programme, a large-scale study that aims to map inequalities based on geographic and class divisions, in what the government calls “a new approach to tackling inequality in the UK.”

The apparent shift in priorities comes two days after the government scrapped mandatory “unconscious bias training” for civil servants, after a study carried out by Truss’ office found no evidence to suggest this training works. In announcing the decision, Cabinet Office Minister Julia Lopez stated bias training “may not only activate and reinforce unhelpful stereotypes, [it] may provoke negative reactions and actually make people exacerbate their biases.”

In the US, President Donald Trump recently banned the teaching of “critical race theory” – whose practitioners coined such terms as ‘white privilege’ and ‘institutional racism’ – in federal agencies, calling it “divisive, anti-American propaganda” that tells white people that they “benefit from racism.”

Like Trump, Truss was hammered by the mainstream press for her apparent crackdown on wokeness in government. As she delivered her speech to the Centre for Policy Studies, the Times reported that the Department for International Trade, which she runs, has “the second-worst gender pay gap” in the civil service, with women there earning an average of 15.9 percent less than their male colleagues. A department spokesman put the difference down to “the overall distribution of women across [pay] grades.”

The Guardian, meanwhile, published an article accusing Truss of picking too many “white, male trade advisers.” The article also heavily featured a black activist who accused Truss and the Conservative government of embarking on “a clear trajectory that seeks to downplay the reality of persistent race inequality.”

The activist quoted by the Guardian, Simon Wooley, said Truss’ changes were coming at the wrong time, given the “historic moment when we could make the most fundamental positive change in regards to race equality ever seen.” Indeed, racial issues dominated the news globally in the latter half of 2020, following the death of George Floyd in the US.

Surprisingly for the mainstream media, the public may be on Truss’ side. A poll last month found that more than half of UK adults believe that the ‘Black Lives Matter’ movement “increased racial tension.”