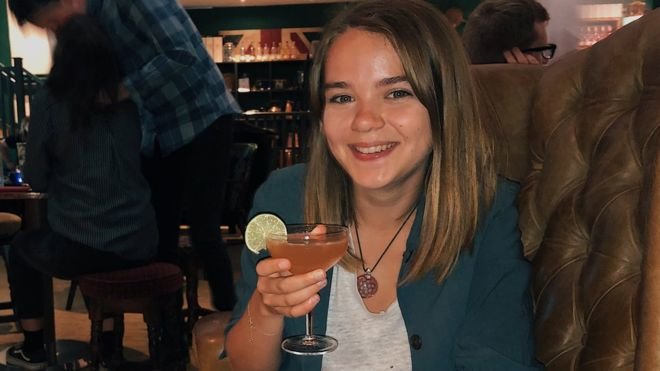 A Cambridge University academic researching sexual harassment during fieldwork said she was laughed at by "a large group of older men" during an awards ceremony.

Danielle Bradford was being honoured at the Marsh Archaeology Awards.

The 21-year-old archaeologist said the men reacted when she and her research were announced.

The Council for British Archaeology (CBA), which hosted the event, condemned the reaction.

She said on Twitter after Friday's ceremony in London: "I know that my research has not always been taken seriously. I know this.

"What I was surprised at was the fact that these people were so open about it that they laughed in front of a room of their colleagues, at a young woman."

Ms Bradford said she was able to collect her certificate, but "burst into tears" as soon as she sat back down because it was humiliating.

She said it was the "exactly the kind of toxic culture" in archaeology that "fosters sexual harassment".

She tweeted: "Even if you take out the subject matter, imagine being 21, just out of undergrad, shortlisted for your first research award and... a group of people decide its acceptable to publicly *laugh* at that research."

'They think disability is almost worse than being dead'
How Instagram trends wrestled wreaths from Christmas
The boys who share their love of dance
Dr Mike Heyworth, CBA's executive director, said the outbreak of laughter was "audible" when he introduced Ms Bradford's "pioneering research".

He said the CBA was shocked at the reaction to her award and "condemns anyone who treats these issues lightly and does not give researchers in this area the respect they fully deserve".

Dr Heyworth said the CBA had not been able to identify the source of the laughter in the audience, which was made up of CBA members and members of the public.

He said the organisation was writing to everyone who was in attendance to "make clear our condemnation of the completely inappropriate reaction".
Add Comment