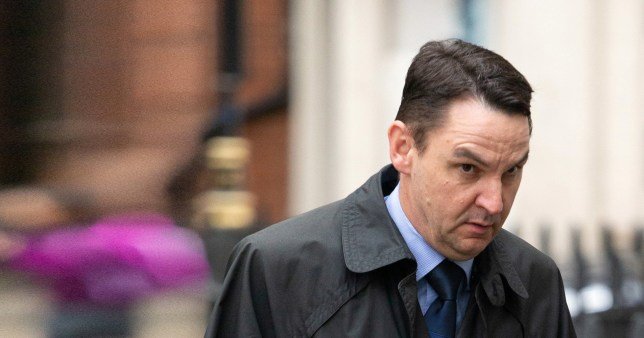 Daren Timson-Hunt, 55, admitted using his mobile phone to secretly film the victim as she was making her way to a job interview on June 1 last year.

He became one of the first defendants in the country to be prosecuted for the new offence and was later handed a 24-month community order at Westminster Magistrates’ Court.

The barrister escaped being struck off following a disciplinary hearing at The Bar Tribunals and Adjudication Service, but was suspended for six months.

Timson-Hunt, of Thurrock, Essex, had previously admitted one count of operating equipment beneath the clothing of another without consent.

The court heard he used a mobile phone ‘for the purpose of obtaining sexual gratification’ at central London’s Embankment underground station.

His victim was travelling on the Circle and District line at 9.25am when a police inspector observed Timson-Hunt next to her with ‘his phone in between his legs’ recording.

Two charges of misconduct were found proven against him by the panel, for behaviour likely ‘to diminish the trust and confidence which the public places in you or in the profession’ and undermining his ‘honesty, integrity and independence’ in the view of the public. 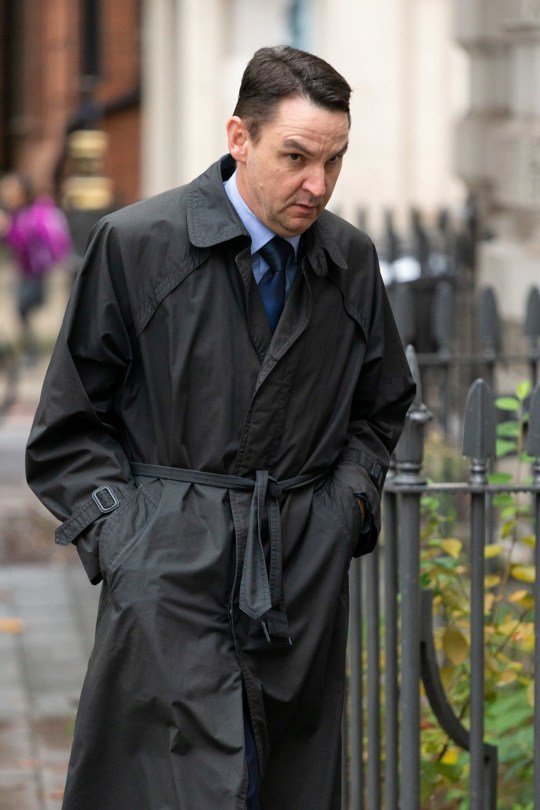 Daren Timson-Hunt admitted filming a woman on the Tube

Timson-Hunt denied his actions were premeditated, claiming he couldn’t change his route or behaviour in such a crowded station.

But he admitted his phone continued filming from the train to the stairs.

He told the tribunal: ‘I admitted it in front of the police officer and the victim, and apologised to the victim unreservedly at the time.

‘I didn’t intentionally follow her, obviously when you leave the train it’s packed, she was in front of me but that wasn’t by any choice.

‘I sat next to her because that was the only seat that was free. You cannot plan or have any premeditation, I didn’t change my route or behaviour.

‘In a way because I immediately pleaded guilty I didn’t have the opportunity to explain that, which was unfortunate I think.

‘When I pleaded guilty as I did, not least because that was what happened but also to ensure that there were no further issues for the victim in terms of having to come to court.’

The phone containing the video was later confiscated and destroyed. 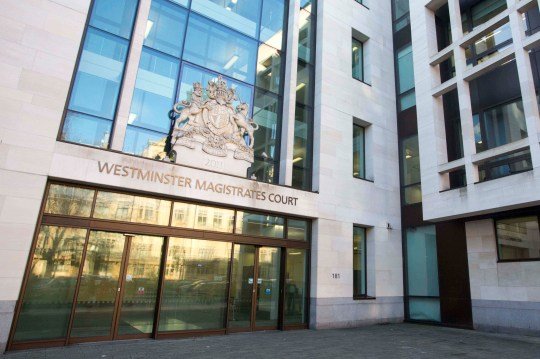 Timson-Hunt was handed a community order at Westminster Magistrates’ Court

The barrister described the family and work pressures affecting him at the time, telling the tribunal his wife was recovering from a serious illness.

Timson-Hunt was also caring for his young daughter while working 80 hours a week advising the government on trade deals leading up to Brexit.

He said: ‘I think my personal circumstances between what was going on at home and what was challenging work because of the long, long hours and the pressures linked to the EU exit at that time which meant that I was under a great deal of pressure.

‘Ironically I was also the wellbeing officer for 70 members of staff, the irony of that was I took care of their wellbeing over my own.

‘I was close to the point of mental collapse at the end. In terms of family life as well it had a very negative effect.’

The panel heard Timson-Hunt has completed his unpaid work requirement and is in the process of completing the rehabilitation activity requirement which was paused due to the pandemic.

He said he wants to resume legal work once the community order expires in September 2021. 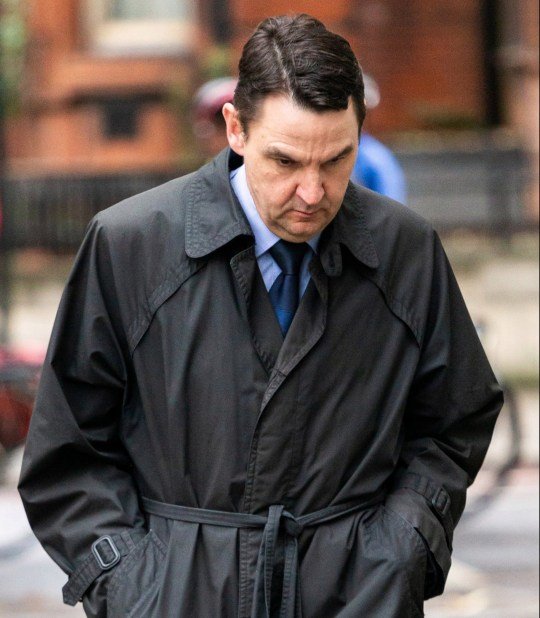 The barrister was suspended for six months

Disciplinary panel chair Alan Greenwood said: ‘The offence is plainly a serious offence and even though it’s a relative new statutory criminal offence it’s quite clear that it involves filming, therefore not just a momentary, fleeting glimpse which is an invasion of a person’s privacy, but in invading that person privacy in a serious way by filming and retaining the film for later viewing.’

He went on: ‘He has put forward an argument which in essence we accept, that there aren’t any aggravated factors.

‘Also he has prayed in aid his circumstances at the time and indeed his character. He was working at a high level, achieved awards, he submitted two character references which do him great credit.

‘In the field he worked he had worked very hard advising a team of six, and was concerned with the good related aspects related to Brexit.

‘In the domestic sphere as well he was very much under pressure.

‘That is how he as someone of previously unblemished character came to commit this serious offence and jeopardise this previous good character.

‘He has since this offence not been able to continue what he’s doing, he’s now employed in manual work in a capacity in which his earnings are very much more limited.’

Timson-Hunt was suspended for six months and must complete all the terms of the community order imposed on him by the court last year.