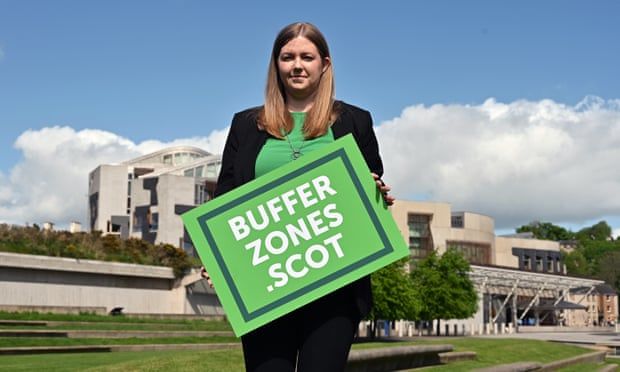 A Scottish Greens MSP has launched a member’s bill at Holyrood to designate protest-free buffer zones outside abortion clinics as healthcare professionals and campaigners call for immediate action in the face of growing anti-abortion activity.

Launching the public consultation that begins the bill process, Gillian Mackay MSP said on Thursday that, while urgency was at the heart of the bill, it was also critical that any proposal be robust, after a similar bill for Northern Ireland was referred to the UK supreme court earlier this month.

Clare Murphy, the chief executive of the British Pregnancy Advisory Service, welcomed Mackay’s plans as a “simple solution to a growing problem”. Back Off Scotland, a student-led campaign that has spearheaded the push for these zones, said it hoped the roundtable summit promised by Nicola Sturgeon last week would yield short-term stopgap measures. 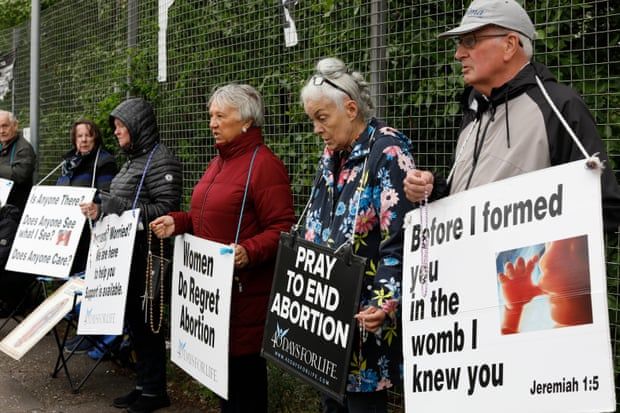 “With this increasing activity we need to move forward quickly,” said Dr Audrey Brown, a consultant in sexual and reproductive healthcare and the chair of the Scottish Abortion Care Providers Group, noting “a definite escalation” in recent months. “This is not a party political issue, it’s about healthcare.”

Last week, Brown was working at the Sandyford clinic, near Glasgow city centre, which offers sexual health services to rape victims among others, when it was targeted by a small group of protesters with no visible group affiliation.

“I’ve never seen anything like that before,” she said. “They had a mic with an amplifier and were extremely verbally abusive to both staff and patients.” She recalled one protester shouting in her face: “You’ll be at the gates of hell with all the foetuses you’ve murdered lying before you.”

At Glasgow’s Queen Elizabeth university hospital, which has been the focus of prayer vigils by the Texas-based group 40 days for Life since 2016, the consultant paediatric radiologist Dr Greg Irwin said: “I am mystified as to why the Scottish government is not acting on this more quickly, when it has cross-party and public support.”

Irwin, who last month wrote a letter signed by 76 QEUH colleagues asking the women’s health minister, Maree Todd, to “show courage” over buffer zones, spoke outside the maternity unit and opposite a group of 40 Days for Life supporters, gathered for their weekly prayer vigil on Tuesday.

He said they were strategically placed at the point in the road where cars must slow down to turn into the main hospital grounds. “They can see right into the vehicles, and if patients are coming by public transport then they have to walk past them from the bus stop. They are bullying people. 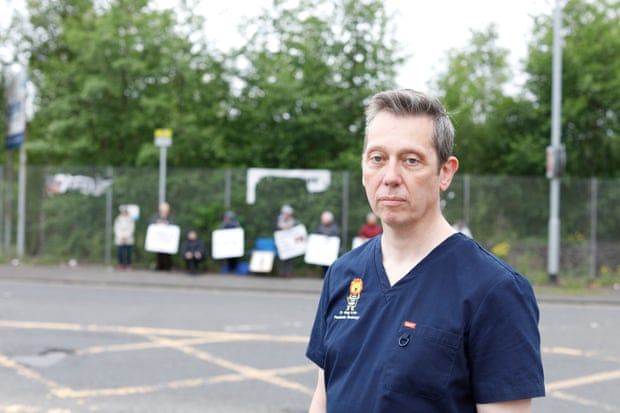 “The primary feeling I have, and one I share with colleagues, is anger at what they are doing to our patients. I want women to know that this hospital is filled with professionals of all grades who will look after and support them. Whatever decision they take, we are on their side,” he said.

The group of eight people held placards reading “women do regret abortion” and “pray to end abortion”, with pictures of foetuses in the womb, and prayed and sang together. Approached by the Guardian, they refused to answer questions about their presence, saying “we are here to pray”.

Robert Colquhoun, the international campaigns director for the group, said there was no significant increase in activity in Scotland, but that a recent increase in media visibility had drawn the regular vigils to public attention.

Last week, a campaign called Compassion Scotland was launched to oppose what it describes as “censorship zones”. The spokesperson Hannah McNicol said the group was independent, with no affiliation with, nor funding from, any other religious or political organisation.

McNicol said “peaceful gatherings” happening across Scotland did not amount to harassment and that it would be an “egregious breach of fundamental human rights” to prevent them.

“Women seek abortions for many reasons and can often be under immense pressure to do so – whether that be financial and employment pressures or coercion from a partner or family member. The peaceful presence of volunteers signposting practical support and counsel has been a lifeline in the past to women who feel they have no choice but an abortion.”

But Alice Murray, who encountered 40 Days for Life outside Chalmers Street clinic in Edinburgh when she went for abortion care in October 2019, described a very different experience. “They were handing out leaflets and standing in silent prayer, but it was still intimidating having loads of strangers watching you. You feel very targeted, even though they are not shouting at you.”

Murray, who went on to co-found Back Off Scotland, added: “When I got inside the staff were really helpful. It wasn’t just medical information but asking if this is right for you, did anyone pressure you, all the stuff that the people outside think you don’t get told. But when I was in there, I was thinking I would have to go past them again.”