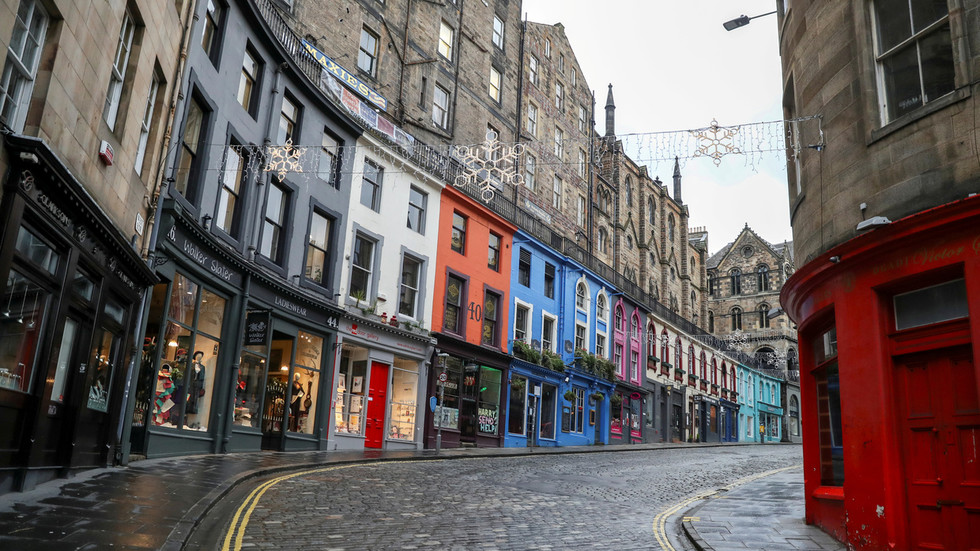 The Scottish first minister has introduced a new wave of measures to tackle the spread of the highly contagious Covid-19 variant, describing the move as "regrettable" but "a means to an end."

The changes will come into effect from Saturday, assuming they receive the approval of the Scottish parliament.The new restrictions see limits on click-and-collect services from shops, curbs on going inside businesses to collect takeaways, and a ban on drinking alcohol in public outdoors.

"This will mean, for example, that buying a takeaway pint and drinking it outdoors will not be permitted," Sturgeon said.

Online retailers will be forced to introduce "staggered appointments," essentially ending queuing, as well as not allowing people physically inside their premises.

Sturgeon acknowledged that "this will not be a popular move," adding that the extra measures are intended to "underline and support the fact that we should only be leaving home just now for essential purposes."

"The new variant now makes up around 60 percent of new cases in Scotland – and makes it far more difficult to get the R number back below one, without severe restrictions."