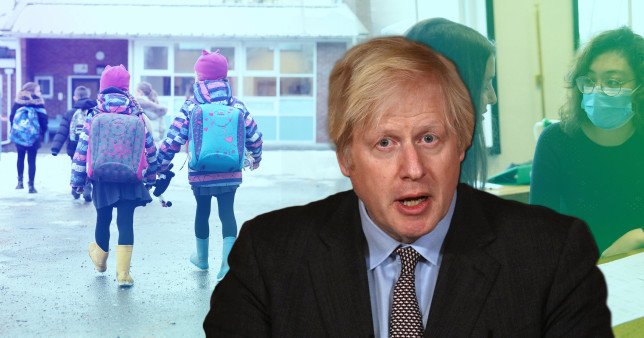 Boris Johnson has confirmed that schools will not reopen after the February half-term as lockdown continues.

Speaking in the Commons today, the Prime Minister said he shared the frustration of parents and carers who are balancing childcare duties with working from home as they await an update on schools reopening.

Johnson then went on to say England’s national lockdown, including the closure of schools, has been extended until March 8, with a review on February 22.

He stated that the results of the review would form the Government’s plan to take the country out of lockdown – although this will also depend on the rate of Covid infections and deaths at that time.

The PM said: ‘Our plan for leaving the lockdown will set out our approach towards reopening schools. If we achieve our target of vaccinating everyone in the four most vulnerable groups with their first dose by February 15, and every passing day sees more progress toward that goal, then those groups will that have developed immunity from the virus about three weeks later.

‘That is by March 8. We hope it will therefore be safe to begin the reopening schools from Monday, March 8, with other economic and social restrictions being removed then or thereafter, as and when the data commits.’ 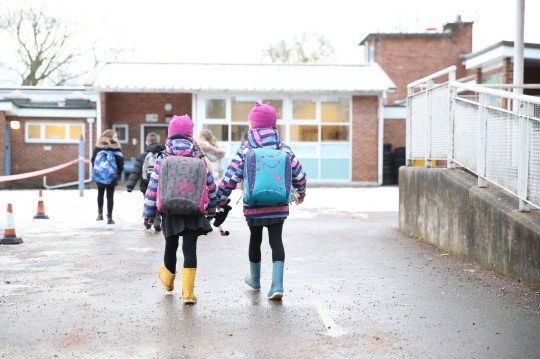 Schools will remain closed until March 8

Johnson also said free schools meals and vouchers would be prolonged until children returned to the classroom.

He also noted that the Government would be launching a ‘catch up programme’, involving £300 million put towards tutoring in schools, and said there would be a further ‘long-term plan’ to support pupils who have missed out in their learning.

Gavin Williamson previously stated that parents and schools would receive at least two weeks’ notice before schools reopen, and pledged to set out a plan of action for both parties this week.

Government sources have claimed that ministers are in favour of getting exam-level students back into the classroom first, followed by primary school aged pupils.

It is also thought that schools in different areas could reopen on different timelines, depending on how at-risk the region is.

Johnson’s announcement today comes as Sir Keir Starmer backed a group of headteachers’ calls for all school staff to receive the vaccine next month. The group has presented an ambitious scheme which would involve 150 independent schools and state academies becoming vaccination hubs.