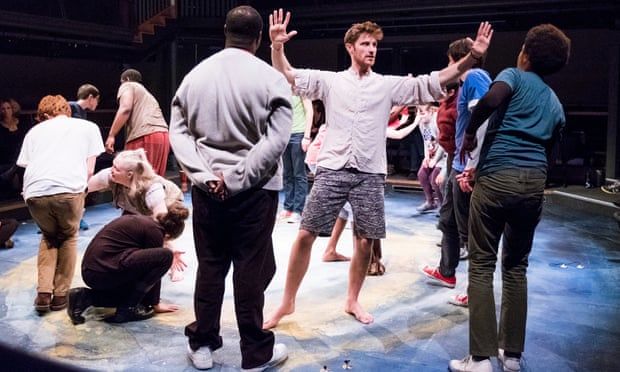 Decolonising the curriculum doesn’t mean losing traditional texts, but studying the power imbalances my pupils already experience, says secondary school teacher Nadeine Asbali
Apparently Shakespeare is the latest victim of the culture wars, with some fearing the Bard is about to be thrown out of classrooms across England in the name of decolonisation. Wokeness has already culled the dead white man from American curriculums, we are told, so surely it won’t be long until we follow suit. Right?

But the inconvenient truth – which isn’t quite so headline-worthy – is that decolonising the curriculum isn’t about burning copies of Macbeth, or chucking Charles Dickens’ Great Expectations in the bin. It’s not even about only studying writers from marginalised identities. As a mixed-race English teacher who believes strongly in diversifying the English syllabus, for me, it’s about re-examining the lens through which we view canonical texts in the first place – shifting it to become more critical, more aware of the systemic forces at play both within and around a text. Decolonisation may sound radical, frightening even to some, but this is what great English teaching already does.

So much of Shakespeare is about power: who holds it and who doesn’t and why. And this is the fundamental question of our divided and troubled age. Examination of gender is critical to studying Romeo and Juliet. The portrayal of race is fundamental in analysing Othello. Grappling with the antisemitism in the portrayals of Shakespeare’s Shylock or Dickens’ Fagin is key. Decolonising the study of Shakespeare is to take these questions one step further, removing them from the text and applying them to the world around us. To teach students, through literature, to challenge the status quo.

Some people claim that educating students of colour about structural racism, or pupils from impoverished backgrounds about systemic inequality is defeatist: it teaches children to accept their subjugated position. But we do a disservice to young people if we fail to recognise that these structural disadvantages already hit them in the face as soon as they leave the school gates – and often before. Young black boys stopped by police in their school uniforms; pupils whose families can’t afford food; children whose parents are facing the wrath of a hostile environment. These young people don’t need to be taught that injustice exists because they see the results of systemic prejudice all around them – they are drowning in the impact of divisive and discriminatory policies. By refusing to acknowledge this, we neglect the chance to empower students to examine the power dynamics that dictate our world. To eventually enact change. Call me a biased English teacher, but literature is the perfect medium for this.

The conflation of blackness with violence in Othello forms a platform to scrutinise systemic racism in Britain today – how white supremacy manifests and how this shapes pupils’ lives. The way Macbeth usurps authority is arguably a metaphor for the way some groups in society maintain a stranglehold of control over others – why not use this as an opportunity to question those in power, and even to examine our own positions?

Undoubtedly, part of decolonising the curriculum must be about introducing texts written by alternative voices. Teaching students that our historical notion of what a celebrated text should look like is steeped in politics and colonialism, and that, in fact, many great works of literature were written by marginalised voices enables them to relate to literature in a new way. Those concerned that Shakespeare is about to be replaced by Stormzy on GCSE papers worry that we undersell pupils by teaching literature they can relate to. But this assumes that books by multi-ethnic writers are inherently deficient in some way. Studying outstanding classics such as Small Island or Brick Lane would not only expose my pupils to literary excellence and compelling narrative, but it would enhance their knowledge of British history, revealing perspectives that Shakespeare and Dickens lack.

Unless you’ve experienced it, it’s hard to put into words how it feels to meet yourself in a book for the first time. The first time I did, I was an A-level student faced with Othello, whose contested “Moorish” background was the closest to my north African heritage I’d ever encountered on the page. And who did I meet? A man whose violence was likened to a wild beast and whose race rendered him a savage, a danger to white women. A person who faced such racism that it became internalised in his own self-perception. I wish I had met myself in literature earlier, but it’s made me determined to make sure my own students do. After all, white men get to see themselves in almost everything they read and watch.

There is no woke mob vying for copies of Hamlet to be ripped up, or jostling for editions of King Lear to be destroyed, just English teachers like me doing what we can to supplement a tragically myopic curriculum. Decolonising the curriculum offers students the valuable chance not just to see themselves on the page, but to examine and question the historic structures that dictate their lives today.

Besides, dead white men have a habit of sticking around for centuries. Shakespeare isn’t going anywhere any time soon.
Add Comment