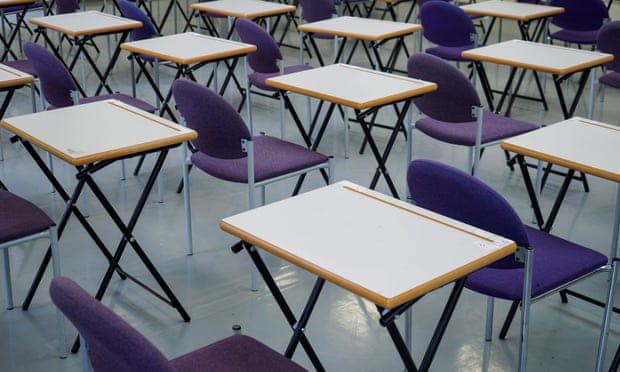 School exam grades in England: how the system will work this year

With Covid-19 blocking exams for the second year, how will A-level, GCSE and vocational grades work out?

Tens of thousands of school leavers are set to find out their grades after this summer’s exams were cancelled for the second year in a row because of the pandemic.

Here’s how the system will work and the background to a new system.

How will grades be assessed this year?

Teachers have been given sweeping powers to decide A-level, GCSE and vocational grades in England this year, after summer exams were scrapped by the government.

In place of exams, teachers have been asked to assess more than 1.2 million pupils “on what they have been taught” using evidence of their choosing.

Schools and colleges across England had until 18 June to submit candidates’ grades to exam boards after drawing on a range of evidence, including mock exams, coursework and in-class assessments using questions by the boards.

In Scotland, pupils sat in-class assessments this year, and many are aware of their provisional grades – but confirmations will come on 10 August ahead of appeals. Teacher-assessed grading has also been taking place in Wales and Northern Ireland.

What is the rationale for this year’s system?

With the loss of weeks of face-to-face teaching and uncertainty about when it might resume again, the UK government said earlier this year that exams in England could not be held in a fair way.

The approach is an attempt to overcome the sharp disparities in lost learning among pupils, caused by school closures and disruption amid the Covid pandemic.

An unprecedented fiasco unfolded after an algorithm was used by the exams regulator Ofqual to determine A-level and GCSE grades in England following the cancellation of exams.

The failure of the approach became apparent when A-level grades were announced, with teachers in England having 39% of their assessments downgraded.

After a storm of complaints, the government instead used the school assessments – which reversed the downgrades and saw 38% of entries given A*s or As.

What are the concerns for this year?

There are fears that the attainment gap will be widened if some private schools end up giving inflated grades. One thinktank, the Education Policy Institute (EPI), warned of “a significant risk” of schools adopting different approaches, resulting in large numbers of pupils appealing.

There are also concerns about grade inflation, putting pressure on the university admissions system, and universities and places of further education more generally.

How will the results be announced?

Teachers had been expected to sit down with individual students and explain the evidence they considered before submitting their assessments.

But students will not know their final grades until publication date, which will be 10 August for A-levels and 12 August for GCSEs. Results for BTecs and vocational and technical qualifications will be announced in the same week.