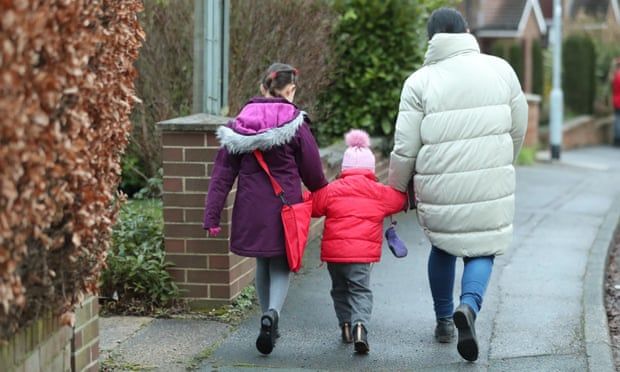 Plans to test schoolchildren in England with controversial lateral flow tests have been thrown into disarray after it emerged it was “very likely” children and their parents would be asked to self-isolate unnecessarily.

Every pupil who received a positive test result after taking a rapid lateral flow device (LFD) test at school should check their result against a so-called gold-standard laboratory test – known as a PCR test – due to the fact that the LFD result was just as likely to be a false positive as a true positive, a leading statistician has said.

“All LFD positives should be subject to PCR confirmation when we are asking all children to undergo such testing,” Prof Sheila Bird, a member of the Royal Statistical Society, told BBC Radio 4’s Today programme. She said it was “very likely” a positive LFD result would be false. “The concern is that the void rate with LFDs is about as high as the positive rate. About as many tests are void as test positive … It may be you’ve taken them badly or the kit has performed badly.”

Secondary pupils returning to classrooms in England on Monday will be asked to undertake three initial LFD tests at school which, because staff are trained to guide children taking the tests, is deemed to be an “assisted test centre”.

When the LFD test is taken at an “assisted test centre” such as a school, the Department for Education confirmed that children who “falsely” test positive – ie they subsequently take and receive a negative PCR test – are not allowed to stop self-isolating and return to school.

A DfE spokesperson said: “As has always been the case, a negative PCR test does not release an individual from self-isolation requirements.”

He added: “Individuals with a positive LFD test result from an assisted test site will need to self-isolate in line with the guidance for households with possible coronavirus infection.”

This means that, next week, schools will have no choice but to inform families that a negative result with the gold-standard PCR test does not override the “false positive” LFD result, when it is taken at a school test site – an oddity that Bird said she was “shocked” by.

“I think there is sufficient capacity to be offering the PCR confirmation for all LFD positives,” she said.

According to the latest NHS-and-trace figures, just 0.24% of lateral flow tests conducted in the week ending 24 February found positive cases – a figure so low it is actually below the 0.32% “false positive rate” for these tests.

“The problem with these lateral flow tests is they’re not sensitive enough to do the job they’re meant to do,” said Mary Bousted, the joint general secretary of the National Education Union. “The PCR test is much more reliable so what I’d hope in this situation is schools get evidence of a PCR test and allow the pupils to be in school.”

She said the debacle raised questions around the usefulness of lateral flow tests. “The danger is that young people and children who don’t have Covid are kept off school unnecessarily because of a false positive. And those who have Covid will go to school, because they got a false negative. That is the danger because they are simply not accurate enough.”

Confusingly, pupils who take LFD tests at home – which they will be asked to do twice a week once the school stops testing them – are required to take a PCR test to “confirm the result”, if they receive a positive LFD result. But they are not required to do this if they take the test at school.

One father decided to speak out about the accuracy of LFD tests after his son’s LFD test came back positive. “He doesn’t leave the house, he’s a teenage boy, he shows no symptoms and he’s not unwell,” the man told the Today programme. “The school told us to get a PCR to double check it … The result came back the next day and was negative.

“We spoke to NHS 111 and they said the PCR test was the important one and the LFD was clearly a false positive, and that we should be able to remove the self-isolation through track and trace.” 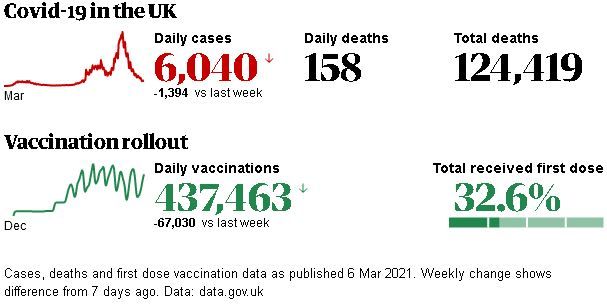 But they refused to remove the self-isolation order, he said. “Any positive from a PCR or LFD was to be taken as a positive, and there were no exceptions to the rule,” he said. “We’ve got to isolate when we know he’s not unwell.

“If this is ramified across 24,000 schools, even if it’s just one child per school who gets a false positive, that’s 24,000 families who have to self-isolate and can’t work.”

The DfE spokesperson said: “The rapid asymptomatic testing programme for education has been set up to support the return of all students to nurseries, schools and colleges.

“All staff, secondary and college students, their families and the families of primary school children will have access to twice-weekly testing as an additional reassurance on top of the strengthened safety measures in place from 8 March.

“We encourage everyone to consent to testing, following in the footsteps of the staff and students who have already taken millions of tests over the past weeks while schools have been open only to critical worker and vulnerable children.”