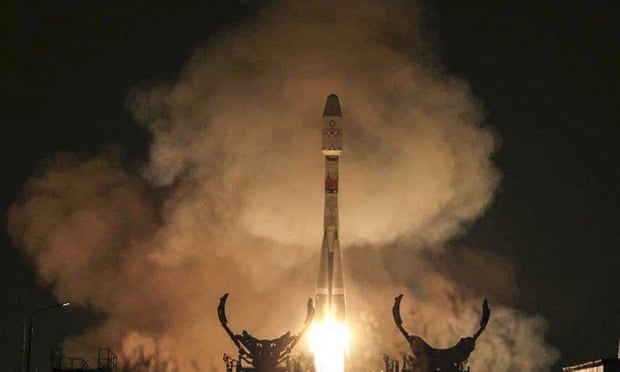 OneWeb, touted by Boris Johnson as a potential rival to Elon Musk’s Starlink, provides communications services
A satellite company part-owned by the British government is due to be taken over by an EU rival this week, dashing hopes of fostering a UK firm to rival Elon Musk’s Starlink following its taxpayer bailout at the height of the pandemic.

OneWeb, which provides services including broadband from its low-orbit satellites, will be taken over by one of its shareholders – the Paris-listed Eutelsat- in a deal that could be announced as early as Monday.

The deal, which will be billed as a merger, is expected to dilute the UK government’s near-20% stake two years after it ploughed $500m (£416m) into the business. The newly combined entity is expected to value the UK taxpayer’s stake at $600m, and will place it alongside existing Eutelsat shareholders including the French and Chinese governments. Paris and Beijing hold a 20% and 5% stake in Eutelsat respectively.

Boris Johnson’s government invested in OneWeb in July 2020 in an attempt to save it from bankruptcy when it failed to secure funding in March that year to continue building up its planned fleet of 650 satellites.

The taxpayer-funded bailout was advocated by Johnson’s ex-adviser Dominic Cummings and came shortly after the UK was barred from accessing the EU’s Galileo satellite navigation system due to Brexit. The government initially argued that the stake would allow it to build a British alternative – a plan experts dismissed, since OneWeb’s communication satellites are radically different from those required for a navigation system.

A source with knowledge of the government’s approach to the Eutelsat deal – which has been under negotiation since the spring – said the UK had secured a number of concessions. They include being able to veto sales of services that pose a risk to UK national security, having veto rights over any decision to shift OneWeb’s headquarters out of the country, and having first-preference rights over supply chain, manufacturing and launch opportunities that might be covered by UK companies.

The combined entity is also expected to launch shares on the London Stock Exchange in a secondary listing in the near future.

While Eutelsat currently broadcasts TV channels in Russia, it is understood that the UK government hopes to evade criticism by ensuring OneWeb technology is ringfenced in a way that ensures it is not used to support channels that facilitate Kremlin propaganda.

OneWeb was founded in 2012 by American businessman Greg Wyler with the aim of providing cheap internet access around the world through a network of hundreds of satellites. It filed for bankruptcy in early 2020 after it failed to to secure new funding from investors including its largest backer SoftBank, the big-spending conglomerate controlled by Japanese billionaire Masayoshi Son.

Indian telecoms company Bharti also invested $500m alongside the UK government during OneWeb’s bailout, leaving it with a roughly 30% stake in the business.