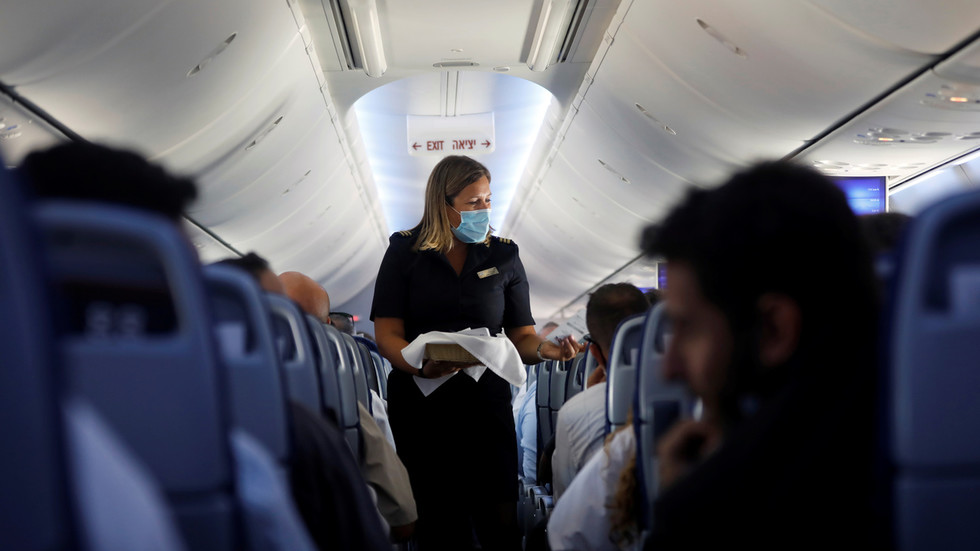 Sacked cabin crew to retrain as carers? London’s plan to get UK back to work

Secretary of State for Work and Pensions Thérèse Coffey has outlined her strategy to get Britons back to work, including the suggestion that sacked cabin crew could get jobs in care homes.

In an interview with the Spectator, Coffey said that many Britons may need to retrain, as some industries will continue to struggle for a few years. It’s likely aviation, for example, won’t be back to normal until 2023/24 at the earliest, as the impact of the coronavirus lingers.

The Work and Pensions Secretary urged unemployed workers to consider what transferable skills they might have and to look for new roles in other industries, noting it might not be their dream job, but it might prove useful in the short term.

In reference to a question on sacked cabin crew retraining to work in care homes, she claimed it would provide jobseekers with more money than if they were on state benefits, and might prove a rewarding career to boot.

"I’m sure other cabin crew as well, who are male, could make equally good nurses. It’s just whether or not people want that as a complete lifestyle change."

The notion that flight attendants could work in hospital and care settings was first discussed earlier this year, as the UK’s National Health Service (NHS) tackled the peak of the coronavirus pandemic. It was reported that 4,000 of easyJet’s 9,000 UK staff had already been trained in cardiopulmonary resuscitation (commonly known as CPR), and many were therefore recruited in March and April to work alongside NHS clinicians at the Nightingale emergency hospitals set up to deal with the crisis.

Coffey also encouraged those working in hard-hit industries to go into teaching and to train the next generation of professionals to take on those jobs when the economy recovers.

The aviation industry has been one of the hardest hit in the UK, with reports suggesting 34,304 jobs had been lost due to Covid as of October 8. While UK unemployment remains miraculously low at 4.1 percent, the second wave of Covid and the end of the government’s furlough scheme presents another unwelcome threat to jobs.