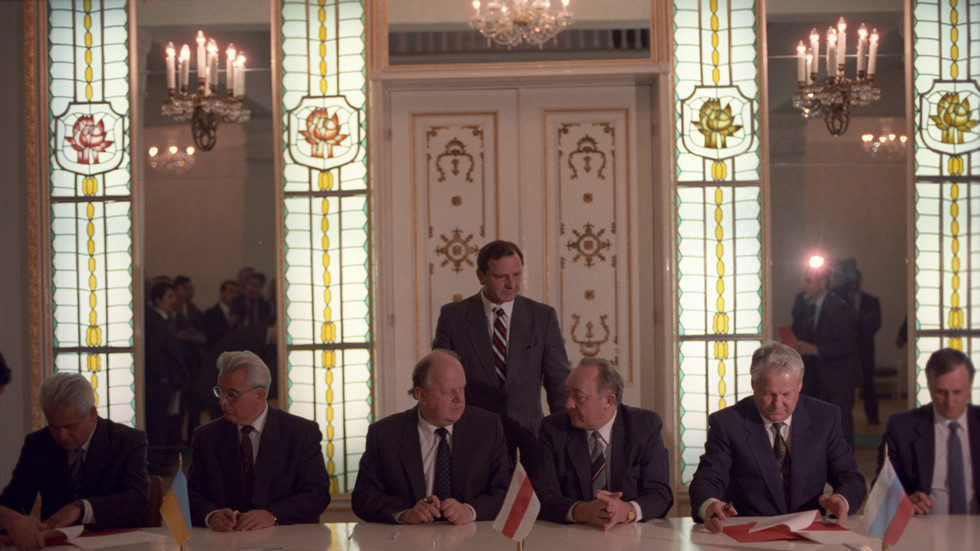 Russian parliament could vote on worst catastrophe of 20th century

The Russian parliament is mulling a motion to memorialize the fall of the USSR as one of history's darkest moments.
A group of Russian MPs has moved to officially designate the fall of the Soviet Union, which happened 30 years ago this month, as the biggest geopolitical catastrophe of the 20th century.

Representatives of the right-wing populist LDPR party submitted the resolution to the State Duma, the lower house of parliament, on Monday, proposing to send it to Russian President Vladimir Putin and to other authorities across the country.

The document reads, “the Duma once more calls attention to the importance of historical lessons from the events of 30 years ago, which led to political, societal, and economic problems."

If passed, the motion would declare that the parliament "considers the fall of the USSR the main geopolitical catastrophe of the 20th century, which led to disintegration across different spheres of social life, the exacerbation of an economic and political crisis, and the emergence of conflicts on national soil.”

The Soviet Union officially ceased to exist on December 25, 1991, when Mikhail Gorbachev, its leader since 1985, announced that he would no longer serve as President. Boris Yeltsin, who later became the first President of the Russian Federation, had already signed an agreement with the leaders of Belarus and Ukraine on December 8, declaring that the USSR was effectively defunct. This treaty became known as the Belovezh Accords.

A recent poll focused on the 30th anniversary of the fall found that Russians dislike Gorbachev more than anyone else from the Soviet era, blaming him for the dramatic decline in living standards that followed the USSR’s collapse, as well as for Moscow’s diminished standing on the world stage. 20% named him as their most hated figure, well ahead of anyone else.

An earlier poll on a similar theme found that most Russians have positive associations with the Soviet Union, connecting it with things like stability, peace, and hope for a better future. The most common negative connotations were shortages and long lines at stores.

Earlier this month, in an interview aired on Russian television, President Putin said that he considers the dissolution of the USSR “a tragedy for the vast majority of the country’s citizens.”
Add Comment