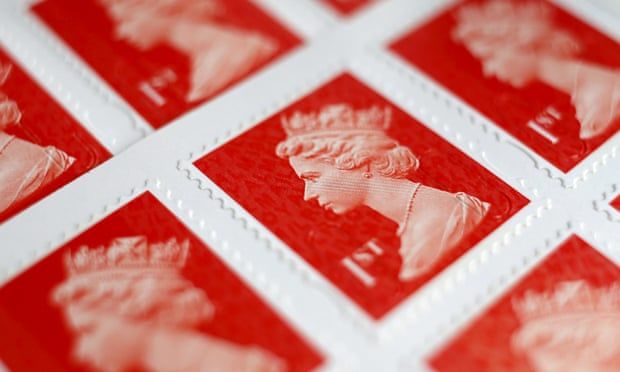 The near 12% price increase will come into effect on 4 April when the cost of a second-class stamp will also rise by 2p to 68p.

Royal Mail said the number of letters it handled had fallen by more 60% since the peak in the mid-2000s and by about a fifth since the start of the pandemic.

Nick Landon, the group’s chief commercial officer, said Royal Mail understood many companies and households were “finding it hard in the current economic environment”, adding: “We will always keep our prices as affordable as possible.”

However, he said: “We need to carefully balance our pricing against declining letter volumes and increasing costs of delivering to a growing number of addresses six days a week. As customer needs change and we see a greater shift from letters to parcels, it is vital that the universal service adapts to stay relevant and sustainable.”

While the number of letters Royal Mail’s postal workers delivered had declined from the high of 20bn in 2004-2005 to about 7bn today, Landon said over that same period the number of addresses it served has increased by about 3.5m.

Inflation reached 5.5% in January, the highest level since the early 1990s,. Economists have said it could hit 8% this year as Russia’s invasion of Ukraine fuels a worsening energy crisis.

At the start of this year Royal Mail said it was laying off 700 managers in an effort to cut costs after a grim Christmas when deliveries were disrupted by high sickness levels caused by the spread of the Omicron variant of Covid-19. The job cuts would save £40m a year, said Royal Mail, which employs 140,000 people.

The company has also urged Britons to use up the stamps they have at home – or swap them for the new ones – as they will expire on 31 January 2023. The stamps are being replaced with new ones that carry a barcode.
#COVID-19  #Covid
Add Comment