Members of the Royal Family have joined together to celebrate the 150th anniversary of the British Red Cross on Tuesday, 4th August.

* The Prince of Wales, 71, added that the organisation has shown 'just how powerful kindness can be'

* Kate Middleton, 38, remembered the thousands of staff and volunteers - including her great-grandmother and grandmother, both Red Cross nurses - who 'contributed tirelessly' to the charity's work over the years

The Royal Family has paid tribute to the work of the Duchess of Cambridge’s grandmother and great-grandmother with the British Red Cross as the Queen celebrated the organisation on its 150th anniversary.

Buckingham Palace has released a previously unseen photograph of Valerie Middleton, the mother of Kate’s father Michael, who served as a Voluntary Aid Detachment with the British Red Cross in the Second World War.

The duchess herself, writing to 150 outstanding Red Cross staff and volunteers who have received a commemorative coin from the Royal Mint in recognition of their efforts, described how her great-grandmother, Olive Middleton, volunteered as a Red Cross nurse during the First World War, while Valerie Middleton performed the same role during the Second World War.

Kate penned in her letter: ‘Like you and many others, they are both part of the rich history of the British Red Cross, which is helping to ensure many people get the support they need during a crisis.

‘In recent months, I have been deeply moved by the work you and your colleagues have continued to do throughout the coronavirus pandemic. You have all been doing an inspiring job supporting vulnerable people.’

The British Red Cross celebrates its milestone on Tuesday, 150 years to the day after a resolution was passed at a public meeting in London to form an organisation ‘for aiding sick and wounded soldiers in time of war’.

Established a few weeks after the outbreak of war between France and Prussia, the British National Society for Aid to the Sick and Wounded in War would later be renamed the British Red Cross.

The Queen has served as the charity’s patron for almost 65 years and sent a message of congratulations to volunteers and staff to thank them for their dedicated work supporting some of the most vulnerable people both at home and abroad.

She said: ‘Whether those involved in the society are assisting people to return home from hospital safely, offering care and support in the aftermath of a disaster, volunteering in a shop, administering first aid or some of the many other activities the British Red Cross encompasses, their contribution is recognised, valued and greatly appreciated.’

Prince Charles, who has been president of the Red Cross since 2003, has also recorded a video to introduce a new online exhibition - 150 Voices - as part of the anniversary. 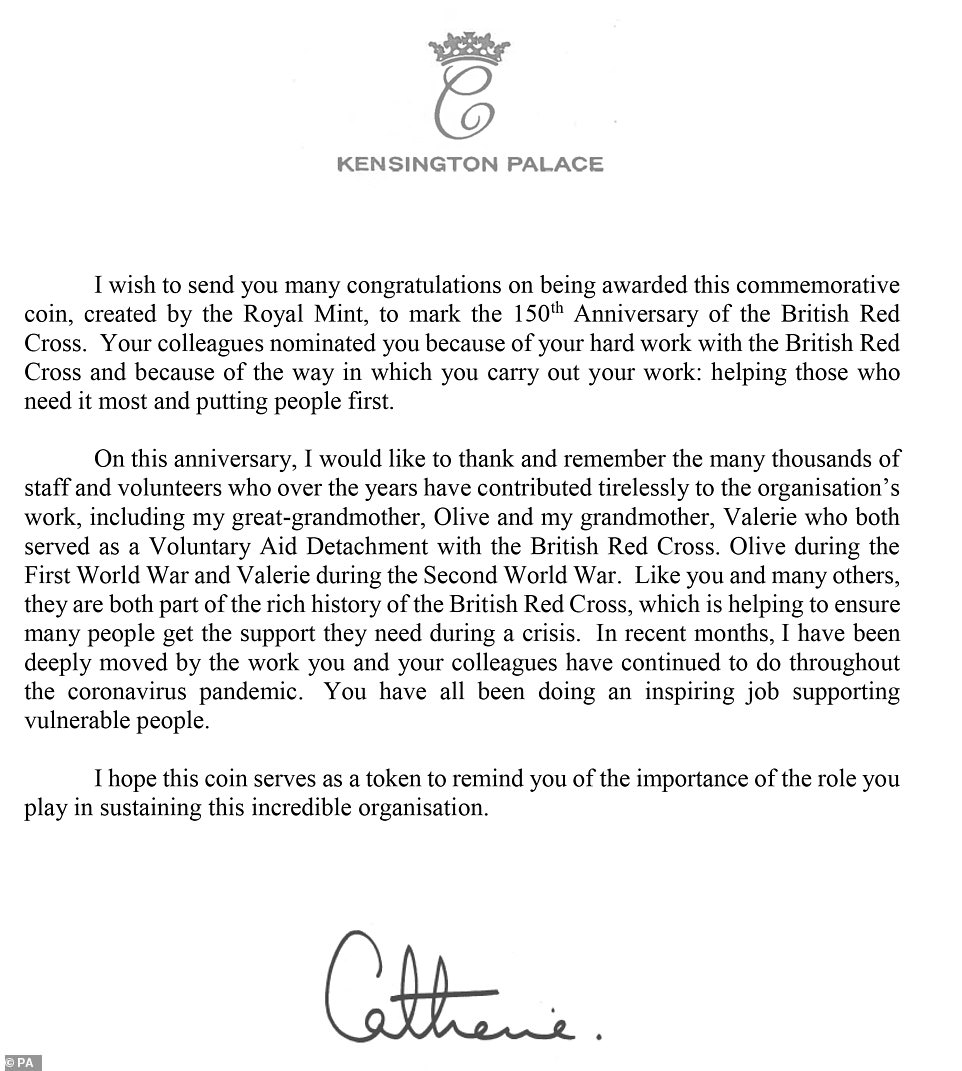 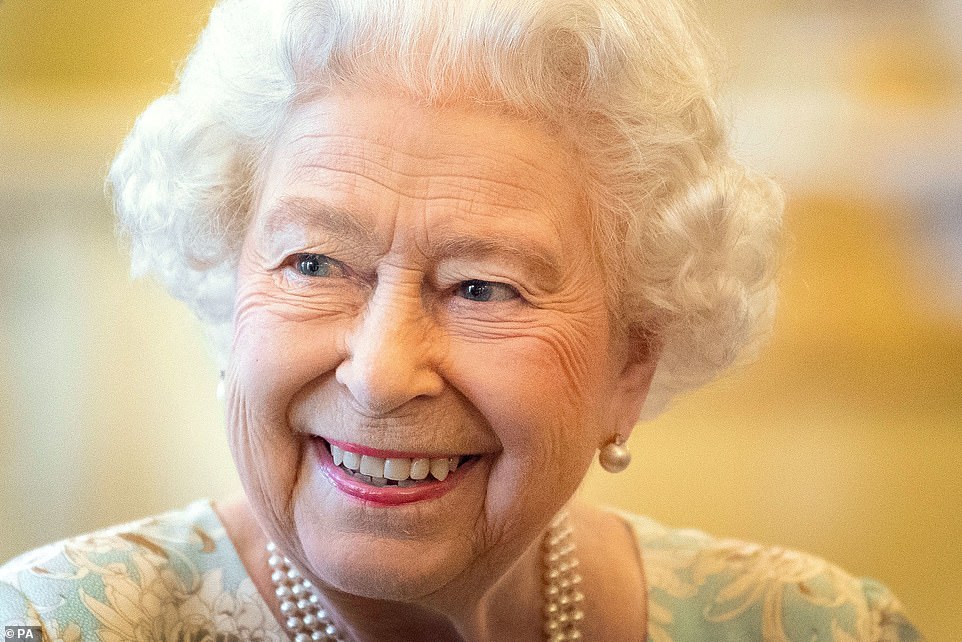 Her Majesty hosting a reception at Buckingham Palace in London, to mark the work of The Queen's Trust. The Queen has led the royal family in paying tribute to the British Red Cross on the eve of its 150th anniversary, describing the charity's work as 'valued and greatly appreciated' 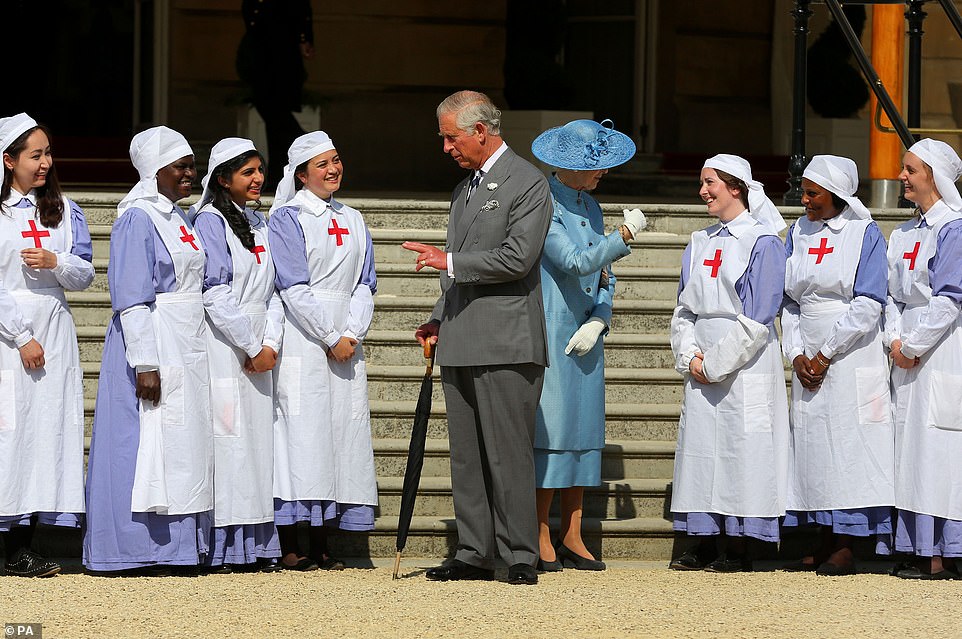 The Prince of Wales, President of the British Red Cross with Deputy President Princess Alexandra, posing with nurses dressed in World War 1 uniform during a garden party in honour of the society at Buckingham Palace, London 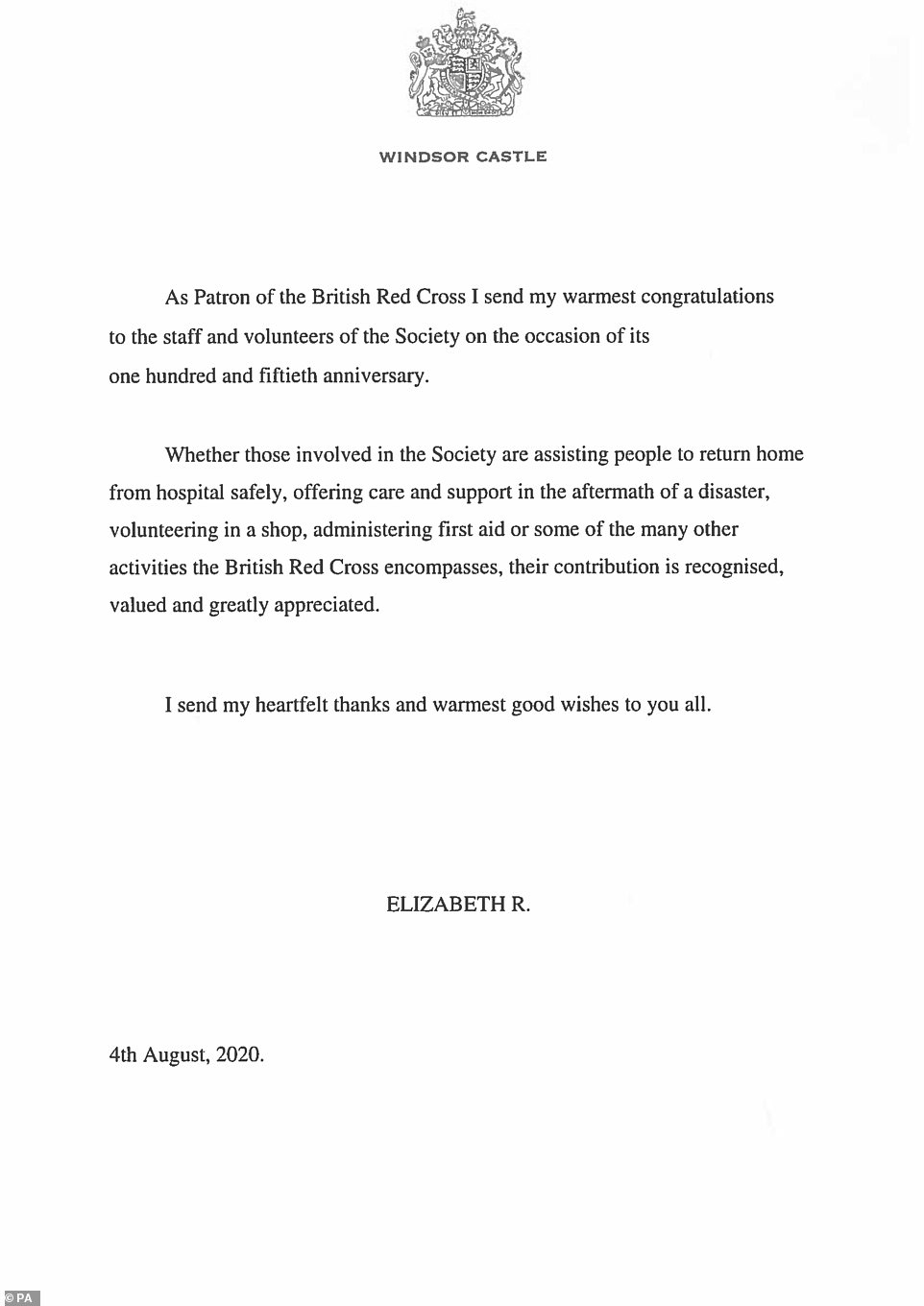 The virtual event showcases 150 objects from the British Red Cross museum and archives collection, including a letter from Florence Nightingale, a First World War ambulance driver’s cap and a food parcel distributed by the Syrian Arab Red Crescent during the Syria crisis.

In his message, the heir to the throne says the organisation demonstrates ‘just how powerful kindness can be’ and that its efforts were ‘as essential today as it has ever been’.

Volunteers have helped the charity deliver over 200,000 acts of kindness since the coronavirus outbreak, such as providing transport for people to and from hospital, delivering food and medication, or offering welfare support to those shielding.

The prince says: ‘Through giving relief to those affected by war and conflict, supporting refugees, providing health and social care in peacetime and helping people and communities hit by natural disasters, the British Red Cross has for 150 years shown just how powerful kindness can be.

‘None of this would have been possible of course without the extraordinary dedication of the British Red Cross volunteers. Their conspicuous humanity in times of crisis offers an inspiration to us all.

‘The work of the Red Cross is as essential today as it has ever been, helping those in need both in the United Kingdom and around the world, strengthening our communities and supporting people to face the challenges of an ever-changing and unpredictable world.’

Princess Alexandra, the British Red Cross’ deputy president, also spoke last week to one recipient of Kate’s letter, Anne Taylor, 87, and heard about her experiences as one of the charity’s longest-serving volunteers.

She has volunteered with the charity for 80 years, having first joined in 1940 to support the charity’s work during the Second World War.

The Royal Family has had a long association with the Red Cross, from its very first patron, Queen Victoria, in 1870.

In 1885, the future Queen Alexandra formed her own Red Cross branch to raise money to help the sick and wounded in the war, and Princess Mary, the daughter of King George V and Queen Mary, also served as a Red Cross nurse between 1918-20.

Mike Adamson, chief executive of the British Red Cross said: 'Throughout our history it is the kindness of our volunteers, as well as the generosity of our supporters that has meant we can be there for people when they need us most, wherever they are and whomever they may be.'