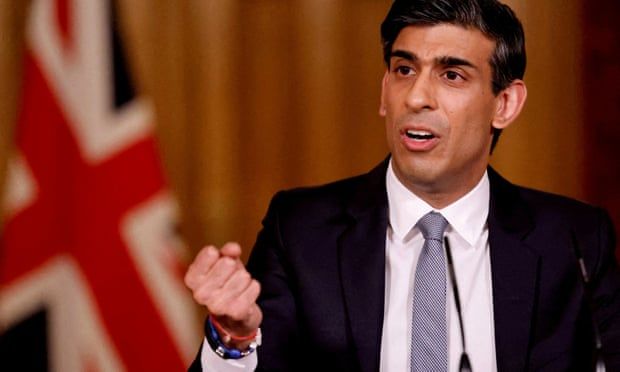 Rishi Sunak has been accused of using a “stealth tax” on incomes that will bring in more than double the amount he budgeted for, as the cost of living rises at the fastest rate for three decades.

Ahead of the chancellor’s spring statement to the House of Commons next week, the Institute for Fiscal Studies said rapidly rising inflation means the Treasury could raise £13bn more than anticipated by freezing the income tax personal allowance and higher rate threshold.

It said the four-year freeze, announced by Sunak at the spring budget last year, had been expected to bring in £8bn for the exchequer by dragging millions of workers into paying more tax.

However, the Treasury estimate was based on a far lower inflation rate than now forecast amid Britain’s unfolding cost-of-living emergency. With a dramatic rise in energy bills pencilled in for this April and Russia’s invasion of Ukraine driving up gas prices to record levels, the IFS said freezing the income tax thresholds would now bring in £21bn for the public purse.

Paul Johnson, the director of the IFS, said: “With much higher inflation forecasts, it looks like being a massive £21bn tax rise – two-and-a-half times bigger than intended.”

Under the plan announced last spring, the personal allowance – the level above which workers start paying income tax – will be frozen at £12,570 from the beginning of next month until 2026.

The threshold for higher-rate income tax – when workers start paying 40% instead of the standard 20% rate – will be frozen at £50,270 over the same period.

The plan was controversial with low-tax Conservatives uncomfortable with the chancellor lifting the tax burden to the highest sustained rate since the end of the second world war. However, Sunak has defended the measures as fair and responsible ways to deal with record levels of government debt incurred during the coronavirus pandemic.

At the time of the spring budget, the Office for Budget Responsibility – the Treasury tax and spending watchdog – estimated the plan would bring as many as 1.3 million more people into paying income tax and 1 million more into paying at the higher rate.

Although wages are rising – meaning more people will pay higher rates of tax – pay is failing to keep up with soaring inflation. Official figures show that inflation-adjusted pay, excluding bonuses, fell at the fastest rate in eight years in January.

Experts now say significantly more people will face heftier tax bills. Sam Robinson, a senior researcher at Bright Blue, an independent thinktank for liberal conservatism, said: “Freezing income tax thresholds is a poorly targeted measure, which would increasingly benefit more affluent individuals. After the events of the last few months, we need bold policies that deliver targeted support for those who need it most during this cost-of-living crisis.”

The chancellor is also under pressure to scrap his manifesto-busting rise in national insurance contributions announced last autumn, which is due to come into force next month and is expected to bring in about £12bn. Labour and several prominent Conservative backbenchers have urged Sunak to change course at the spring statement to help Britons with surging living costs.

Sarah Coles, a senior personal finance analyst at Hargreaves Lansdown, said: “We’re facing a horrible stealth tax on our incomes, which will cost us far more than we ever expected.

“Freezing income tax thresholds in a time of wage inflation is going to have a far bigger impact than anyone initially thought, and hit us just as hard as we initially thought the national insurance hike would.”

A Treasury spokesperson said: “Our approach ensures that higher earners contribute more – while the vast majority of taxpayers will still pay the basic rate of tax by 2026.

“We recognise the pressures people are facing with the cost of living and are providing support worth around £21bn this financial year and next to help.”