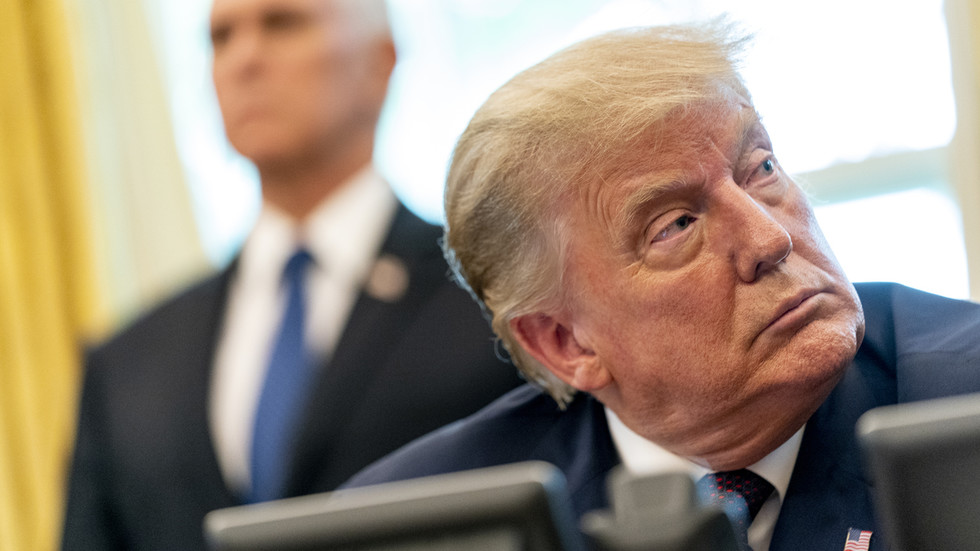 It was always going happen – no major political party in a functioning liberal democracy can support a destructive opportunist like Donald Trump indefinitely, especially after he has lost office.

But when the outbreak of open warfare between Trump and those influential Republicans who oppose him commenced late last week, it still came as a surprise. It is now clear that they are determined, overtly and publicly at last, to put an end to his sordid political career.

Until last week, serious Republican opposition to Trump – Liz Cheney, for all of her vehemence, does not fall into that category – had operated behind closed doors. Now it is dramatically out in the open.

Developments over the past few days make it clear that Trump has no realistic prospect of being nominated as the Republican candidate for president in 2024. It follows that his mainstream political career is nearing its end. Trump won the presidency in 2016 because he was the Republican candidate – without the party’s support, he will become a fringe political figure. As Trump knows as well as anyone, third-party candidates cannot be elected president.

Before last week, important figures in the Republican party had carefully avoided openly criticising Trump. This is understandable. Trump controls many of the state Republican organisations, and still exerts extraordinary influence over a substantial – although gradually diminishing – segment of the Republican voter base.

Even so, the party’s open repudiation of Trump was inevitable – and now that it is under way, it can only intensify. As his influence within the party wanes, more Republican powerbrokers will feel free to denounce him. Trump, of course, is completely incapable of commanding genuine personal loyalty. He cynically and opportunistically uses people who wish to bask in his reflected glory. Trump’s rise to fame is littered with the corpses of apparatchiks who he brutally cast aside – including Michael Cohen, Steve Bannon and, most recently, Rudy Giuliani.

Trump only has himself to blame for the situation he now finds himself in. His actions following his election loss in 2020 left no one in doubt that he was willing to destroy American democracy, as well as blatantly subvert the Constitution, in order to remain in power. More importantly, Trump remains defiantly unrepentant in relation to these matters.

Only someone as narcissistic as Trump could believe that the American ‘power elite’ – the term coined by American sociologist C. Wright Mills in the 1950s – would allow such a crudely subversive politician to run again for president. Having narrowly averted a political and constitutional crisis on January 6 last year, it was never likely that America’s economic, military, legal, and political leaders would give Trump another opportunity to plunge the nation into chaos.

Superficially stable liberal democracies in the West are internally dysfunctional enough these days without political vandals like Trump being permitted to wield unfettered power. Only in banana republics is that likely to happen.

It was the ‘power elite’ who prevented Trump’s attempted coup on January 6 from succeeding, and it is that same elite now engineering his impending political demise. What has happened over the past week is that influential individuals within the Republican Party have, in effect, thrown their lot in with America’s ‘power elite’ and openly turned on Trump.

What finally provoked this significant, and long overdue, development? Not surprisingly, it was Trump himself. In a statement issued a week ago, he once again condemned his vice-president, Mike Pence, for having failed to overturn Joe Biden’s election victory, saying, “Mike Pence did have the right to change the outcome.”

At a rally in Texas, Trump repeated his claims about the “rigged election”, promised to pardon the January 6 rioters if re-elected as president, and urged his supporters to stage “the biggest protests we have ever had in Washington DC, New York, and Atlanta” in order to block the various ongoing investigations into his political conduct and financial affairs. Only someone as delusional as Trump could seriously believe that inciting further January 6 style riots would assist his ailing political career and not provoke a backlash within the Republican party.

Then last week, the Republican National Committee, no doubt at Trump’s urging, issued a statement condemning Republican politicians Liz Cheney and Adam Kinzinger for merely sitting on the committee inquiring into the events surrounding the January 6 insurrection. The statement described the Washington riot as “legitimate political discourse”. This crude and unprincipled attack had Trump’s fingerprints all over it. After all, he had previously justified the rioters’ chants of “Kill Pence” by saying, “Well, the people were angry.”

Mitt Romney aptly described the RNC’s statement as “a shame” on the party. Alaska Senator Lisa Murkowski said the statement was “absolutely wrong”, adding, “I am not going to keep my mouth shut… my responsibility is to speak the truth.”

Then on Friday, Mike Pence responded to these provocative acts in a speech delivered to the Federalist Society in Florida. Invoking God, John Adams, and the sanctity of the Constitution, Pence launched a direct attack on Trump, saying, “Trump is wrong. I had no right to overturn the election. The presidency belongs to the American people alone. Frankly there is almost nothing more un-American than the notion that any one person could choose the American president.”

Pence correctly categorised Trump’s views as “a violation of the Constitution” and reiterated that “January 6 was a dark day…. we did our duty that day.”

On Sunday, Florida Republican Senator Marco Rubio publically supported Pence’s views on the issue of whether he had the power to overturn the election result.

The are other recent events which indicate that Trump’s influence within the party is waning. Republican powerbroker Lindsey Graham recently warmly endorsed Biden’s preferred black female nominee for the Supreme Court vacancy, and anti-Trump Republican candidates for the upcoming mid-term elections have been attracting substantial financial support for their campaigns.

There can be little doubt that the bitter public infighting within the Republican Party that has broken out will continue apace, and that Trump will eventually be driven out of the party. That in itself, though, is no cause for celebration.

Trump’s downfall as a major political figure may be imminent, but ‘Trumpism’ – the broader populist political movement that pre-dated his entry into politics, and that he took charge of and cynically used to become president – will not disappear with him.

Widespread populist disenchantment and anger are now permanent features of the American political landscape. That is so because Trumpism, in the wider sense of the term, is a manifestation of legitimate distress and discontent created by the grotesquely unfair and dysfunctional society that America has become over the past 50 years.

And the ‘power elite’ and Republican grandees that are now busily disposing of Trump are incapable of even recognising, let alone alleviating, the intractable problems that plague American society. Nor can anything worthwhile be expected from the Democrats – one glance at the hapless Biden administration, presently seeking to provoke war with Russia, makes this perfectly clear.

America may have survived the Trump presidency with its political institutions relatively intact, but the emergence of a more potent and effective version of Trumpism in the future is all but inevitable. Such a populist political movement will eschew his purely opportunistic contempt for liberal democracy and the Constitution, and will be much more ideologically sophisticated than Trump ever was (“Make America Great Again” is not an ideology, it is just a trite slogan). It will probably be led by a politician of conviction who has learnt from Trump’s mistakes.

Trump, unfortunately, was probably just a crude and vulgar harbinger of an even bleaker American political future.