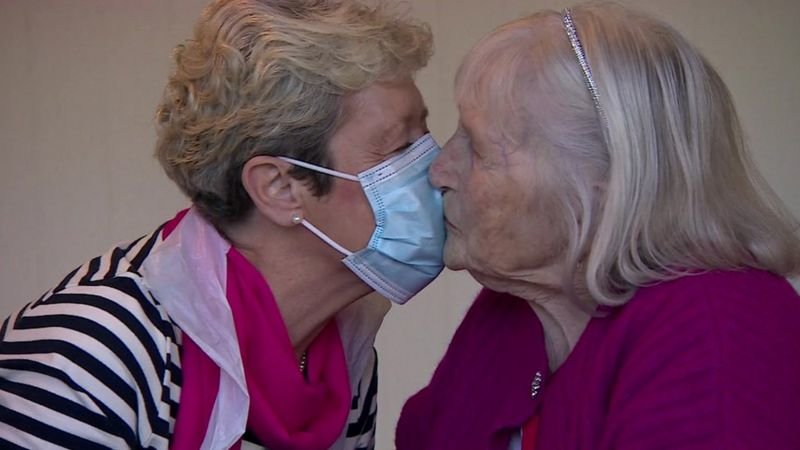 Christine Colburn had a rapid lateral flow Covid test, which produces results in 30 minutes, at the home in Bampton, Devon, so she could embrace her 95-year-old mother, Audrey Cornell.

The home is one of several across the South West taking part in a pilot scheme for rapid testing.

"It's really exciting," she said. "Just like the old days, just brilliant.

"It'll be even nicer when we can touch skin [without PPE] but this is pretty good." 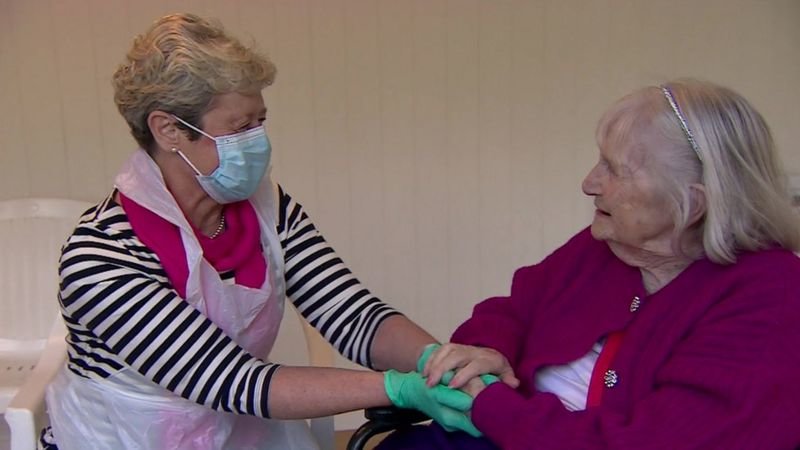 Since the pandemic started, Ms Colburn has only be able to call her mother on Skype or talk to her through a screen - travelling the one hour and 45 minute journey from her home in Dorchester.

Ms Cornell said it was "grand" to be able to hug her daughter again.

The manager of Castle Grove care home, Lucy Bull, said the pilot scheme has gone well but they "do worry about getting enough tests and the added costs, especially for smaller homes".

"I think it will be expensive because we'll have to up-skill our staff," she said. "It's also quite hard to recruit care staff at the moment."

The lateral flow testing that Ms Colburn had involves a swab of the nose and throat to collect a sample, which is then inserted into a tube of liquid for a short time.

Drops of liquid are added to the test strip and after about half an hour a result will be shown.