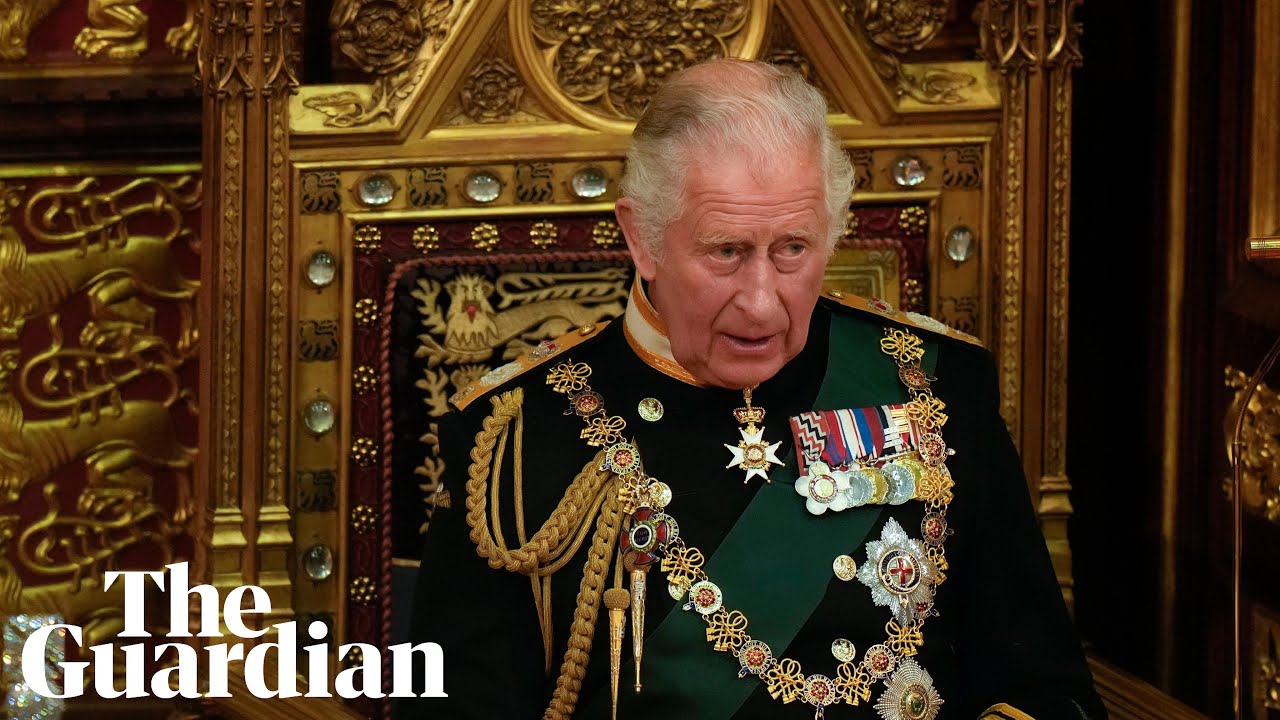 Queen remains ‘very much in charge’ even as Charles makes speech

Analysis: Despite watching from home on TV, constitutionally the monarch was still calling the shots

A Queen’s speech without a queen; two future kings and a queen consort in waiting; the state opening of parliament was the most public and formal manifestation yet of “Operation Transition”, which has been quietly going on inside Buckingham Palace for several years.

For the first time in two centuries, an heir to the throne read aloud the words compiled by the government at this most ceremonial of spectacles.

The crucial difference between George IV, standing in for his mentally incapacitated father George III , and Prince Charles, seated not on the sovereign’s throne but on the consort’s throne once used by his father Prince Philip, is that the latter is not a formal regent.

Charles, in Admiral of the Fleet uniform rather than the robes of state, the imperial state crown representative of sovereign placed on a table in front of where the Queen’s throne would have been, was there as a counsellor of state.

Flanked by the Duchess of Cornwall and the Duke of Cambridge, he was instructed by his mother through Letters Patent, to perform this role and for this day only. The Queen, meanwhile, was understood to be watching on TV from Windsor Castle.

But we do not, according to the constitutional expert Prof Vernon Bogdanor, have a “de facto regency”.

“A regency requires three out of five dignitaries, the Prince of Wales, the lord chancellor, the Speaker of the Commons, the lord chief justice and the master of the rolls, to certify that the Queen is permanently – permanently – incapable of carrying out her duties. That judgment would no doubt be made on doctor’s advice. There is no evidence that this is the case,” said Bogdanor, professor of government at King’s College, London and author of The Monarchy and the Constitution.

“The criterion is objective. The Queen cannot simply say: ‘I cannot carry out my duties.’ A voluntary decision she could in theory take is abdication.” But this, he said, was unlikely given her pledge to the nation in 1947.

Said by Buckingham Palace to experience “episodic mobility issues”, the Queen has cancelled many engagements over several months. With such uncertainty surrounding her physical capabilities, decisions are now being made on a day-to-day basis.

The Letters Patent, issued under section 6(1) of the Regency Act 1937, are a useful instrument in such circumstances, allowing her to entrust counsellors of state to deputise as and when.

“The counsellors of state, unlike the regent, have no decision-making powers; in particular they cannot act on any matter on which the sovereign has the right to question government policy or to make suggestions about it. This is symbolised by the fact they can never act singly,” said Bogdanor.

There are currently four: Charles, William, Harry and Andrew. The latter two are clearly problematic at present. And there are certain core constitutional functions that, unless there is a regency, cannot be delegated; such as giving royal assent to legislation, appointing a prime minister, the weekly meeting with the PM and appointing and dismissing governor generals. 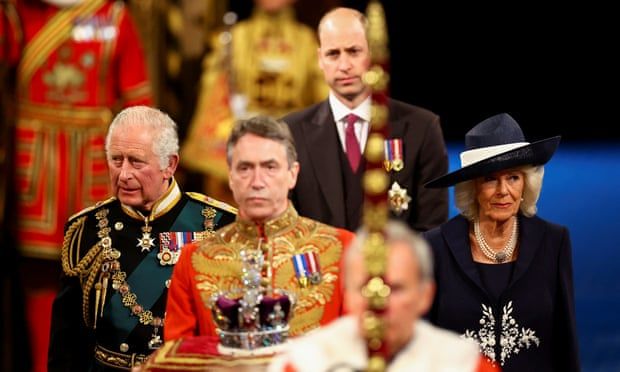 Prince Charles, Camilla, Duchess of Cornwall, and Prince William at the state opening of parliament on Tuesday.

The presence of William, attending his first state opening also as a counsellor of state, and Camilla, will be seen as by Buckingham Palace as demonstrating the crown is in safe hands as the Queen progressively withdraws from public life.

“She is very much in charge. Charles is deputising for her as he has done before,” said royal historian and author Robert Lacey. “We are very far from regency. That implies a surrender of authority, which just isn’t in her nature. She was born and grew up at the knee of the founder of the house of Windsor. She saw this system being created and she understood it instinctively when she called George V ‘Grandpa England’”.

The Sussexes’ decision to decamp to the US had resulted in Charles and William becoming closer than ever, he said. The Covid pandemic, too, may have made this transition easier. The Queen, who once said she has to be seen to be believed, may be spending most of her time at Windsor Castle, but has mastered the video technology to ensure she is still seen carrying out virtual engagements.

“So two possible disasters, the split between the brothers and the pandemic, actually work to the advantage of the new system in the future, bringing Charles and William together more as a team and giving the Queen a way to be seen that didn’t exist before,” Lacey added.

On the two previous occasions the Queen has missed state openings,in 1959 and 1963 due to pregnancy, the lord chancellor had read the government-drafted speech, as was the case when Queen Victoria did not attend. If that had been the case today, it would have meant Dominic Raab performing the duty.

But the Constitutional Reform Act 2005 altered the role of lord chancellor, downgrading it from a position incorporating the role of Lord Speaker.