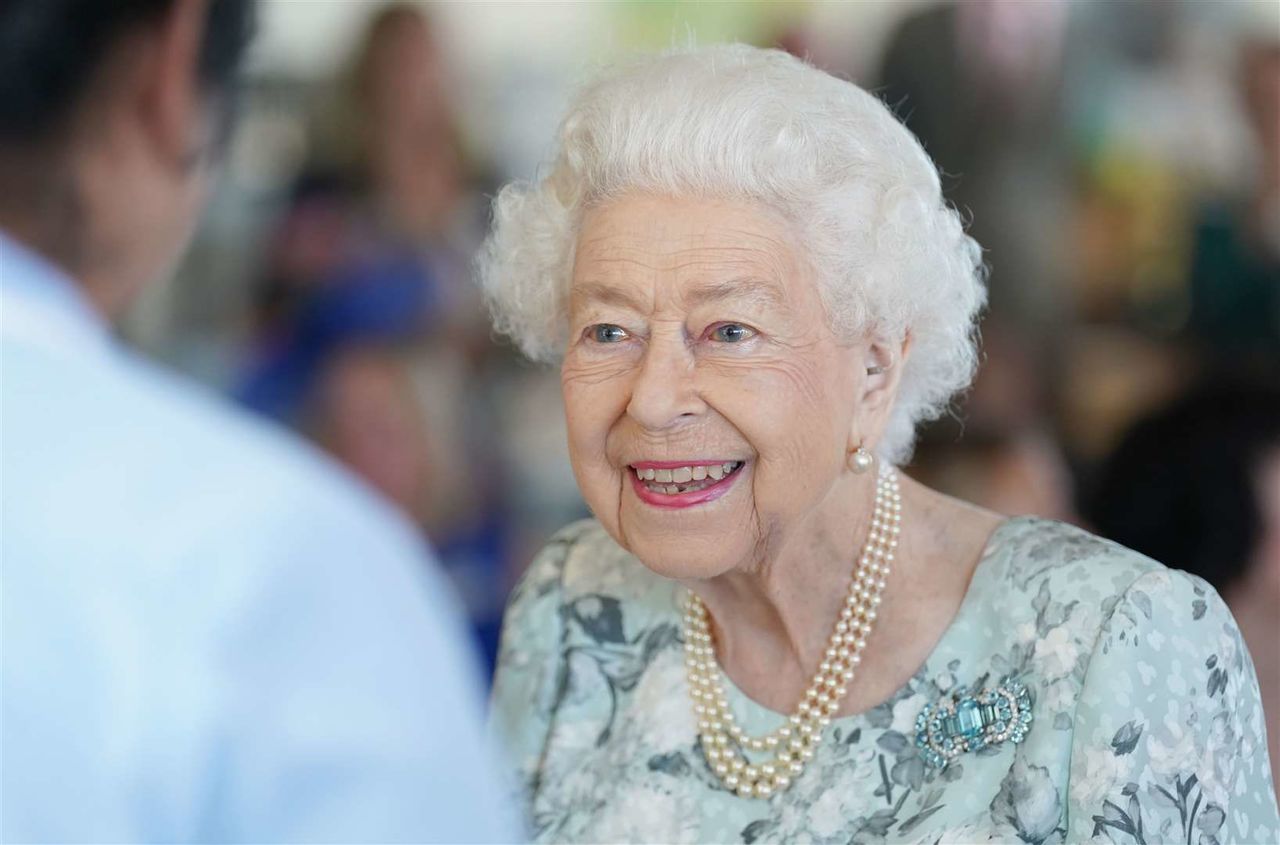 The Queen has made a surprise visit to a hospice with the Princess Royal to officially open its new centre.

The monarch travelled from her Windsor Castle home to Maidenhead to tour the Thames Hospice to meet staff, volunteers and a patient.

The hospice provides palliative and end-of-life care and support to people across East Berkshire and South Buckinghamshire.

Its services are free for those who need care.

More than 50% of its £13m annual running costs come from charitable support. 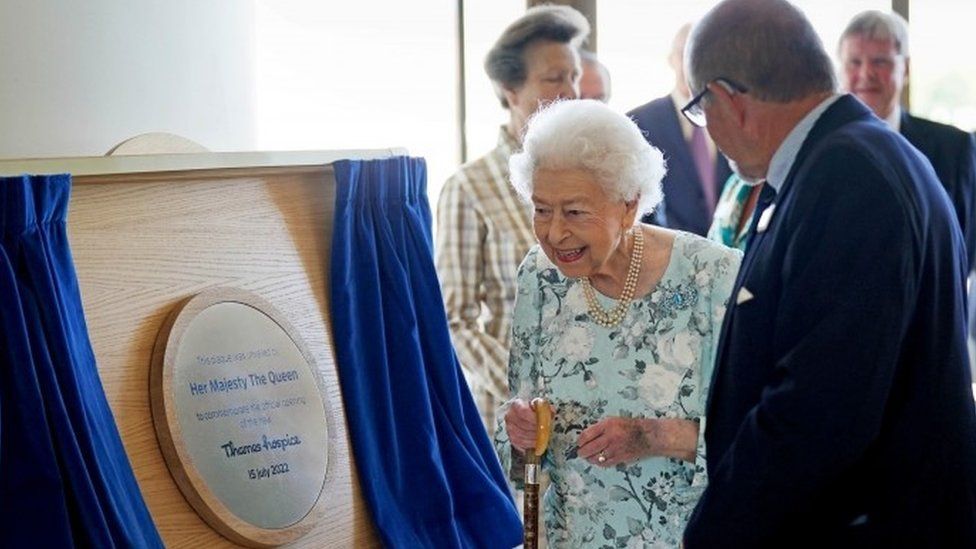 The Queen's visit to the £22m centre - which features 28 private inpatient rooms - was not listed as an official engagement.

Just as she was introduced to Graham White and his wife Pat, who has stage 4 cancer and is receiving respite care at the centre, his phone rang.

The Queen quipped: "Typical, a phone goes off immediately."

He sheepishly turned off his phone and said it was his son ringing. 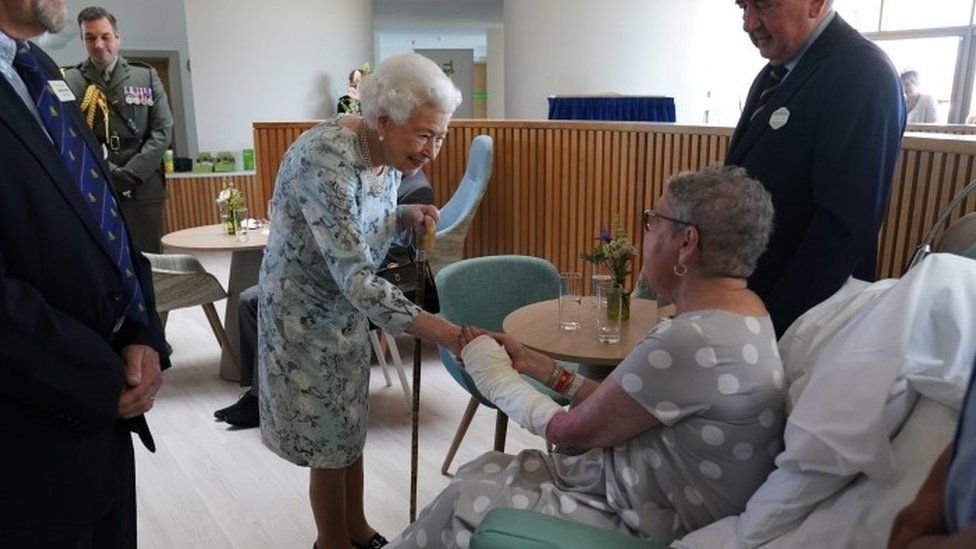 The Queen met patient Pat White during the visit

Mrs White, from Sandhurst, Berkshire, chatted with the Queen and described the encounter as "very emotional", adding: "This is a memory that I will treasure."

She joked about her husband's phone ringing, saying: "I could have killed him. People think the Queen is all stiff upper lip but she has a sense of humour."

Mr White said: "I turned my wife's phone off and I could have sworn mine was off - that was a bit embarrassing."

The former Windsor site of Thames Hospice was opened by the Queen in 1987 and past visitors have included Diana, Princess of Wales, and Sophie, Countess of Wessex.

On Tuesday, the Queen celebrated the achievements of the NHS across the decades by awarding the institution the George Cross during a ceremony she hosted at Windsor.

The 96-year-old head of state was joined by the Prince of Wales for the event, where health leaders from the four home nations were each awarded the medal.