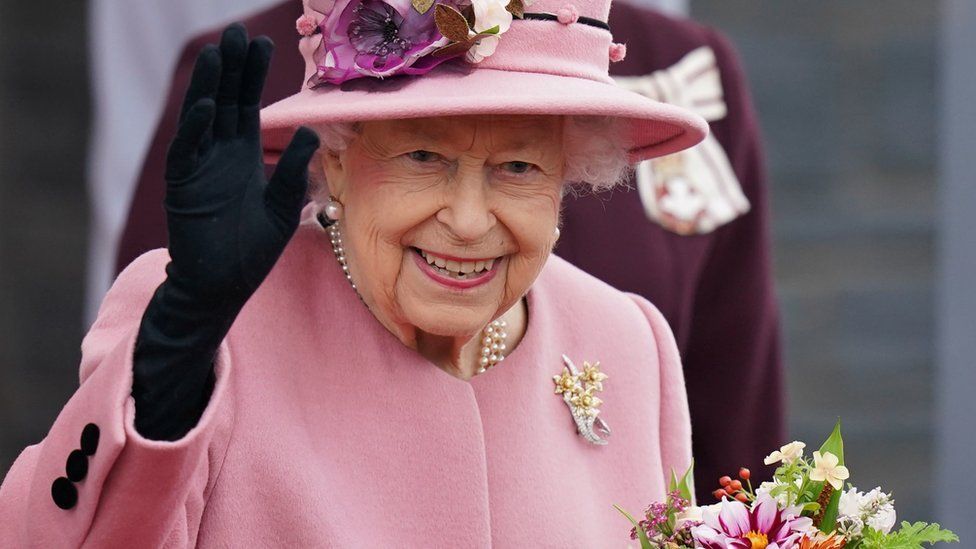 The Queen has appeared to suggest she is irritated by people who "talk" but "don't do", ahead of next month's climate change summit.

Her reported remarks were overheard during the opening of the Welsh parliament on Thursday.

The monarch, who is due to attend the UN's COP26 climate conference in Glasgow, said she did not know who was coming to the event.

Prince Charles and Prince William have also spoken of their climate concerns.

Global leaders are meeting in Glasgow between 31 October and 12 November to negotiate a new deal to stall rising global temperatures.

US President Joe Biden and members of the G7 nations will be attending COP26. On Friday, after weeks of hesitation, Australia's Prime Minister Scott Morrison also confirmed he will be at the summit.

But there are reports China's President Xi Jinping would not be attending, although the country will be represented by its government officials in Glasgow.

Downing Street said it was up to individual countries to confirm attendances at COP26.

Video clips featuring the Queen's conversation during the opening of the Senedd were picked up by the event's live stream camera, according to the Daily Mail.

The clips - parts of which are inaudible - show the Queen chatting with the Duchess of Cornwall and Elin Jones, the Senedd's presiding officer.

The Queen appears to say: "I've been hearing all about COP... I still don't know who's coming."

In a separate clip, she remarks "we only know about people who are not coming", before adding: "It's really irritating when they talk, but they don't do."

Ms Jones appears to reference the Duke of Cambridge in her reply to the Queen's remarks, saying she had been watching him "on television this morning saying there's no point going into space, we need to save the Earth".

This wasn't a formal intervention from the Queen, but a few private words that were overheard.

That her comments about climate change are making headlines shows how unusual it is to hear the Queen's private thoughts on public matters - because her role requires her to stay outside of political debate.

This rare insight suggests the 95-year-old Queen remains very engaged with the current issues around the COP26 summit - in a week when Prince Charles and Prince William were also talking about protecting the environment.

But it also shows the occupational hazard of being followed everywhere by cameras and microphones.

And in her comments about having "no idea" who was coming to COP26, there was also a glimpse of a slightly exasperated host, not sure who was going to turn up for an event.

Prince William spoke to the BBC's Newscast on Thursday, and suggested entrepreneurs should focus on saving Earth rather than engaging in space tourism.

He also warned the COP26 summit against "clever speak, clever words but not enough action", saying it was "critical" for the world leaders to "communicate very clearly and very honestly what the problems are and what the solutions are going to be".

In an interview with the BBC's climate editor Justin Rowlatt, the Prince of Wales said he was worried that world leaders would "just talk" when they meet, saying: "The problem is to get action on the ground".