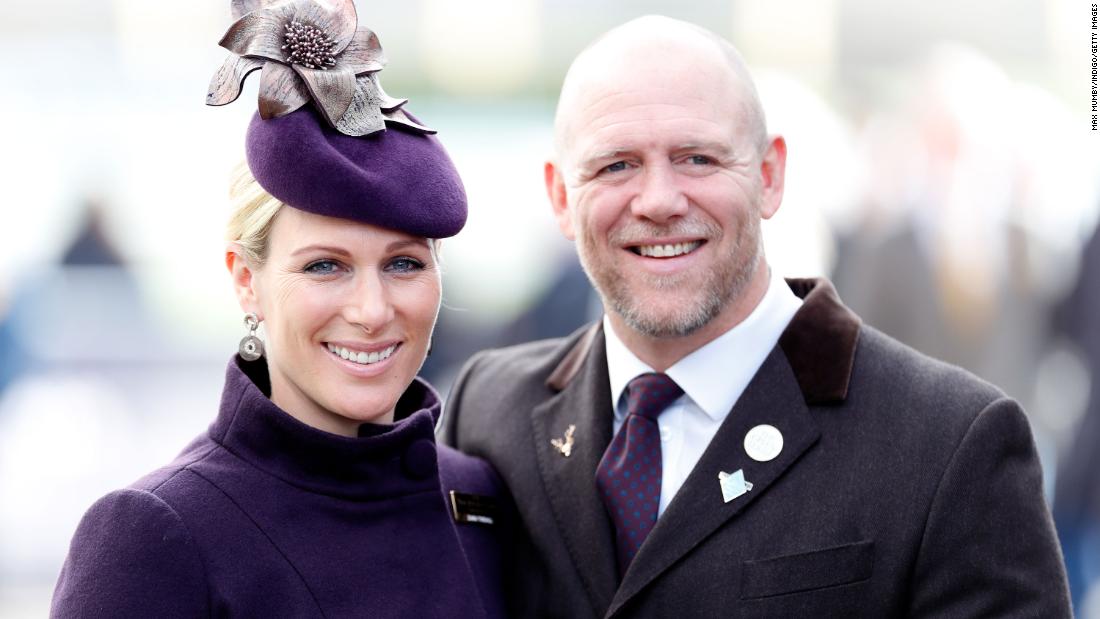 The granddaughter of Queen Elizabeth II and Prince Phillip -- Zara Tindall -- is pregnant with her third child, who would be the monarch's ninth great grandchild.
Tindall's husband -- former England international rugby player Mike Tindall -- announced the news during an episode of his podcast "The Good, the Bad and the Rugby" published Wednesday.

"It's been a good week for me, had a little scan last week -- third Tindall on its way," he said.

"We're not sure what to do Covi or Covina -- I don't know where to go with names."

The hosts asked after Zara, who has publicly addressed how she suffered two miscarriages, and were told: "Z is very good, always careful because of things that have happened in the past, and really looking forward to it."

Mike Tindall was also asked whether he had a preference on the sex of the child.

However he wouldn't be drawn on a due date, saying only: "We like to play our cards close to the chest."

Zara Tindall is the daughter of Princess Anne, the Queen's only daughter. Despite being a member of the royal family, she holds no official title. She and her husband are already parents to Mia Grace, born in 2014, and Lena Elizabeth, born in 2018.

"I think she'll be happy about it, she's been requesting another sister or brother, so we've hopefully fulfilled that role for her," he said.

A press officer for the Queen told CNN that the monarch and the Duke of Edinburgh are "aware and delighted" about the new addition to the royal family.

Zara Tindall is an accomplished equestrian, having won a silver medal in a team event in the 2012 London Olympic Games. Zara met her husband to be during the 2003 World Cup when he was playing for England. The couple were married on July 30 2011 in Canongate Kirk church in Edinburgh.
Add Comment