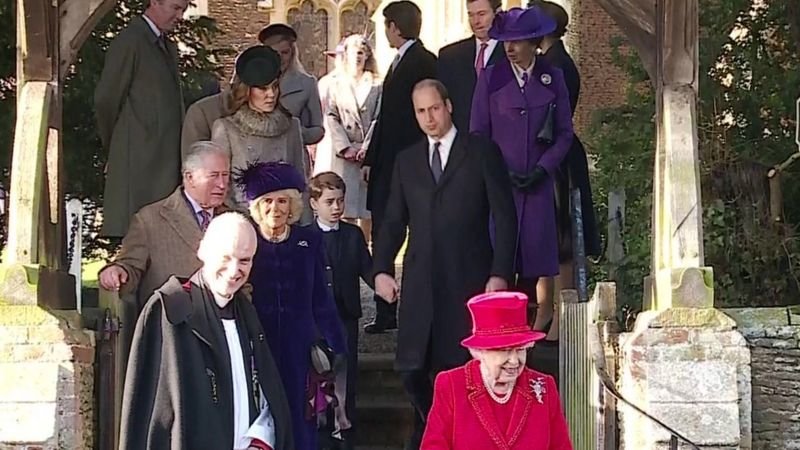 A spokeswoman said after considering "all the appropriate advice" the royal couple had opted to celebrate "quietly" at their Berkshire residence.

They usually spend Christmas with other royals at the Queen's Norfolk estate.

The Queen, 94, and the duke, 99, have been living at Windsor during the pandemic with a small household staff.

It is thought to be the first time the couple have not spent Christmas at their Sandringham home since the mid 1980s.

"Like everyone they hope things will get back to normal in 2021," a palace spokesman said.

The announcement follows earlier speculation about where the Queen and the duke would spend the festive period, in light of Christmas coronavirus guidance that people should form "bubbles" of three households over a five-day period.

The Queen and other members of the Royal Family usually attend a Christmas Day service at St Mary Magdalene church in Sandringham, where large crowds gather to greet them.

Last year, Prince George and Princess Charlotte went to the service for the first time.

The Queen will not be attending church on Christmas Day to avoid large crowds of well-wishers gathering, it is understood.

The Prince of Wales and Duchess of Cornwall will spend 25 December at Highgrove, their estate in Gloucestershire, but are expected to see the Queen and Prince Philip at Windsor over the festive period. The duchess will also visit her family.

Last month, the Queen and Prince Philip, who has retired from public duties, marked their 73rd wedding anniversary by releasing a photograph showing them opening a card from the Duke and Duchess of Cambridge's children.