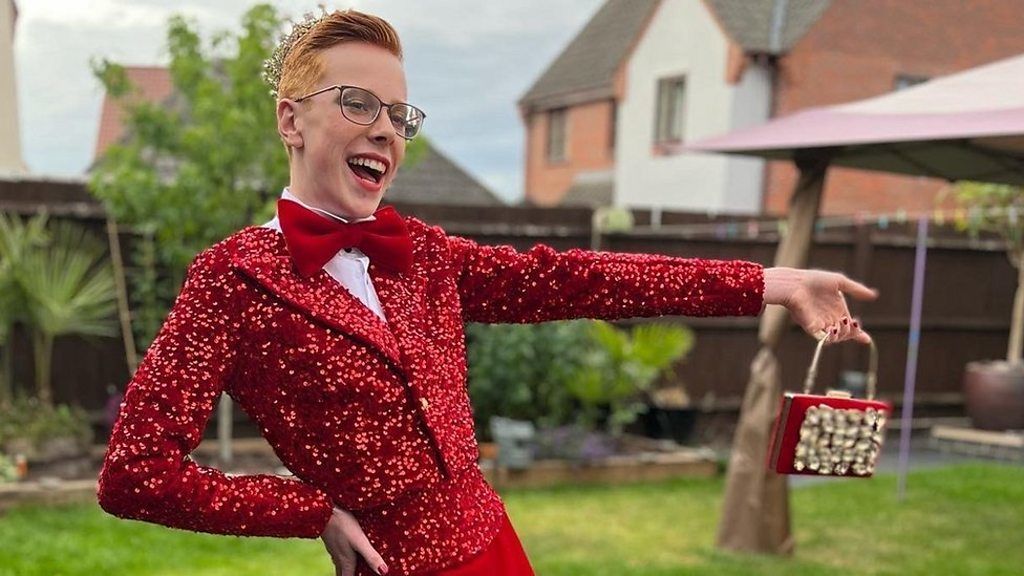 Prom dress boy says it is 'everything' to be called inspirational

A boy who wore a sequined dress to his school prom said he was "overwhelmed" by people calling him an inspiration.

Korben, 16, arrived at the celebration, near Norwich, Norfolk, to cheers from friends and teachers.

His dazzling look was seen by millions on social media and he received "incredible" messages of support after it made headlines around the world.

"To be called an inspirational person is everything I could ask for," he said.

"All the comments have been really, really lovely - and I've loved having the opportunity to show people you can express yourself.

"I've loved it. I'm going to cherish it forever," he added.

His mum, Nina Green, tweeted a photo of Korben in his sequined tuxedo and ballgown skirt for the end-of-year prom for Archbishop Sancroft High School in Harleston.

Soon, the dress he was posing in for a few snaps in his back garden "became the most famous dress in Britain", she said.

"It has been extremely positive, it's been completely overwhelming," she said.

"We never expected it to get the reaction it has. It's incredible really, when it's just Korben being Korben."

The pair received thousands of complimentary tweets and were sent photos of boys in prom dresses and girls who wore suits.

They also heard from people who wished they could have been like Korben, and enjoyed the same parental support.

One person tweeted: "An inspiration to all ages to be your true self. Thank you, from a 60-year-old who's learning that valuable lesson a bit late!"

"I wish I had this courage when I was growing up," said another.

Mrs Green said: "We had a 32-year-old man say he was thinking of wearing a dress to a ball, but was worried about the reaction.

"After seeing Korben he's decided to go for it.

"So many people have said 'I couldn't have done that in my day', and how they wish they'd had that support from their parents." 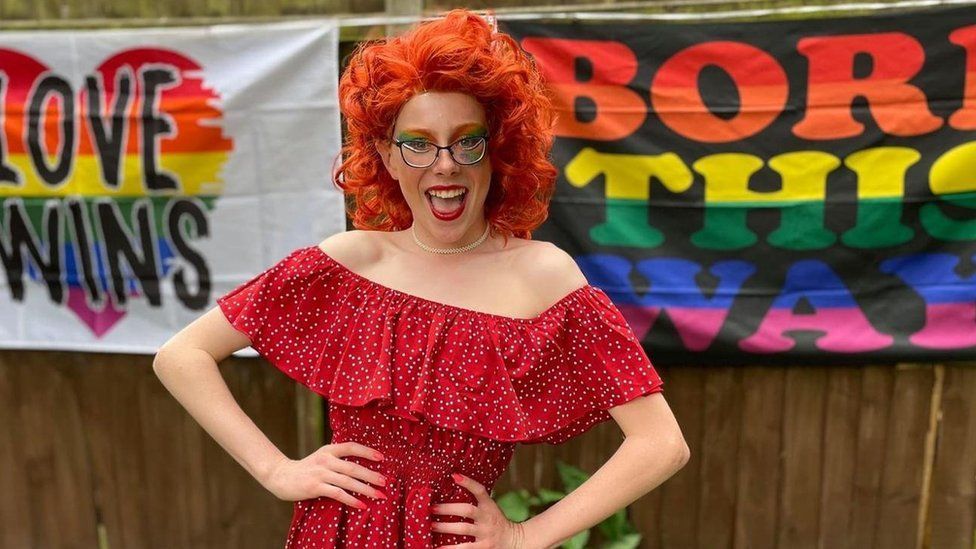 Korben is the youth champion for this year's Norwich Pride and will be marching with his family in the city centre on 30 July, before performing as drag queen Miss Frou Frou.

Mrs Green said the whirlwind of the past week meant Pride had "never meant so much" to her.

"I see it as more of a protest because of some of the reaction we've had," she said.

"There's a big message to get out there and I would want other children to be just as accepted and supported as Korben."

Korben agreed and said he was thankful to the pioneers of the Pride movement, particularly on its 50th anniversary, who paved the way for him to step out in his "fabulous" red dress. 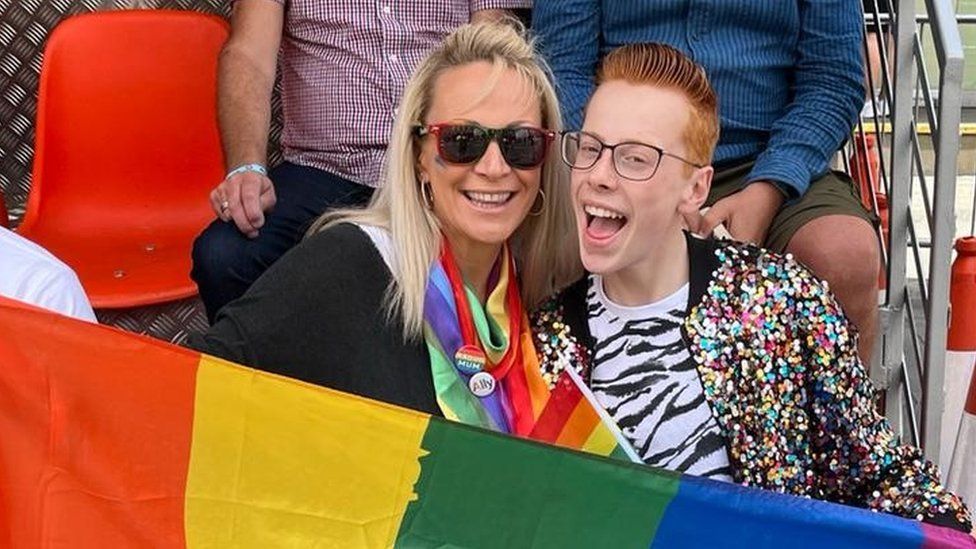 "That generation, they are the real inspiration," he said.

"I am very grateful for what they've done to allow me to be who I am.

"They are so brave, so courageous, and they are the people we need to remember."

'Brings sparkle to the world'

"Korben is a ray of sunshine and that sparkly dress is the sparkle he brings to the world," she said.

"It's a whole package with Korben, his family are incredible too - all of them.

"They're a role model of what you get if you have a really loving family who totally accept and adore their child and let them be the best they can be, and lead the best life they can have."