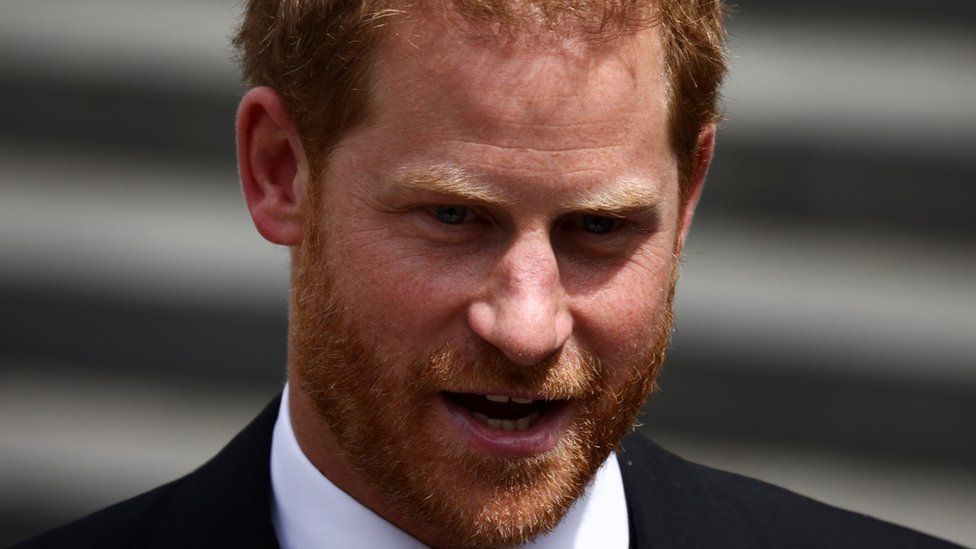 Parts of a Mail on Sunday story about the Duke of Sussex's dispute over his security were potentially defamatory, a judge has said in an initial ruling.

Prince Harry is suing Associated Newspapers Limited (ANL) for libel over a February article about his legal battle with the Home Office.

His barrister said the story falsely suggested he had "lied" and "cynically" tried to manipulate public opinion.

But ANL said it contained "no hint of impropriety" and was not defamatory.

The High Court ruling is the first stage of the libel battle, which aims to establish what the article meant and what claims the newspaper group will have to defend.

The court will decide after further hearings whether the duke's libel case succeeds or fails and why.

The story, published in the Mail on Sunday and online, referred to the Duke of Sussex's separate legal case against the Home Office over security arrangements when he and his family are in the UK.

Mr Justice Nicklin ruled that the article meant Prince Harry was responsible for "spinning the facts" and misleading the public into thinking he had been offering to pay for police protection and was challenging a refusal by the government to allow him to do so.

The article also maintained that court documents revealed the duke had only offered to fund the security arrangements after the legal battle began, and he had unjustifiably tried to prevent documents and witness statements in the case becoming public, the judge said.

But he rejected claims by Prince Harry's legal team that the article meant the prince had "lied".

Lawyers for the newspaper publisher had argued the focus of the article was on statements put out by the duke's "PR machine" rather than by Prince Harry himself.

But the judge disagreed, saying that without further clarification, readers would believe statements made on the prince's behalf were approved by him.

In a written statement to last month's preliminary hearing, Prince Harry said it had caused him "substantial hurt, embarrassment and distress, which is continuing".

The latest libel ruling comes a day after a court heard Prince Harry faced "significant tensions" with a top aide to the Queen involved in downgrading his security.

In that case, Prince Harry's lawyer said he had not been aware Sir Edward Young, the Queen's private secretary, played a role.

The decision over his protection was "materially prejudiced" as key information was withheld, Shaeed Fatima QC said.

The duke lost full protection after he stepped back from royal duties in 2020.