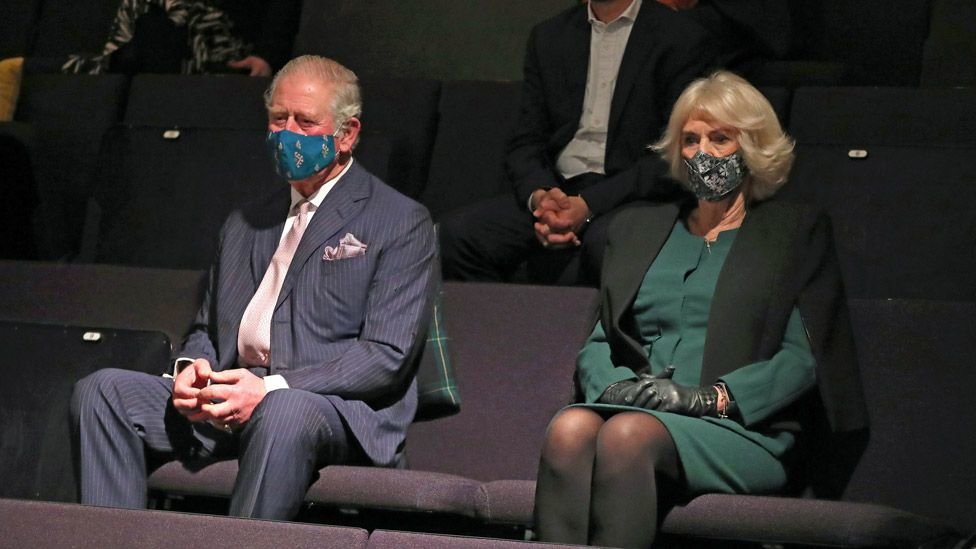 The Prince of Wales has said he is "praying" more entertainment venues can reopen soon, after a theatre visit to watch an actress perform in a break from her day job in a supermarket.

Prince Charles and the Duchess of Cornwall visited Soho Theatre to show their support for London's arts scene.

Some venues in the capital are now reopening after the latest lockdown.

"I've got to go back later, so it was easier to keep it on, I'll be in such a rush," Marshall told the prince and the duchess.

"It's such a pleasure to meet you. The theatre has supported me so much I jumped at the chance to perform today." 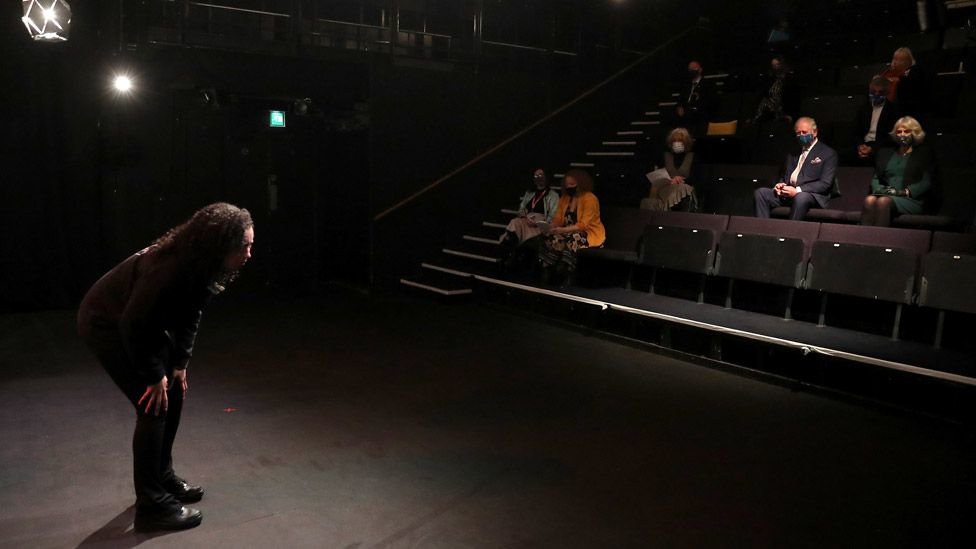 Prince Charles replied: "That's marvellous, such dedication. I really enjoyed the performance and I am praying all of you can open soon. I wish you every success."

Soho Theatre is where Fleabag's Phoebe Waller-Bridge began her career, and is the setting for a series of new stand-up comedy specials on Amazon Prime.

Prince Charles and Camilla also visited one of London's most famous music venues, the 100 Club, where acts like the Rolling Stones, the Sex Pistols and Oasis have performed over the years.

Some gig venues and theatres are beginning to reopen for socially-distanced performances after London went into tier two following the lifting of England's lockdown on Wednesday. 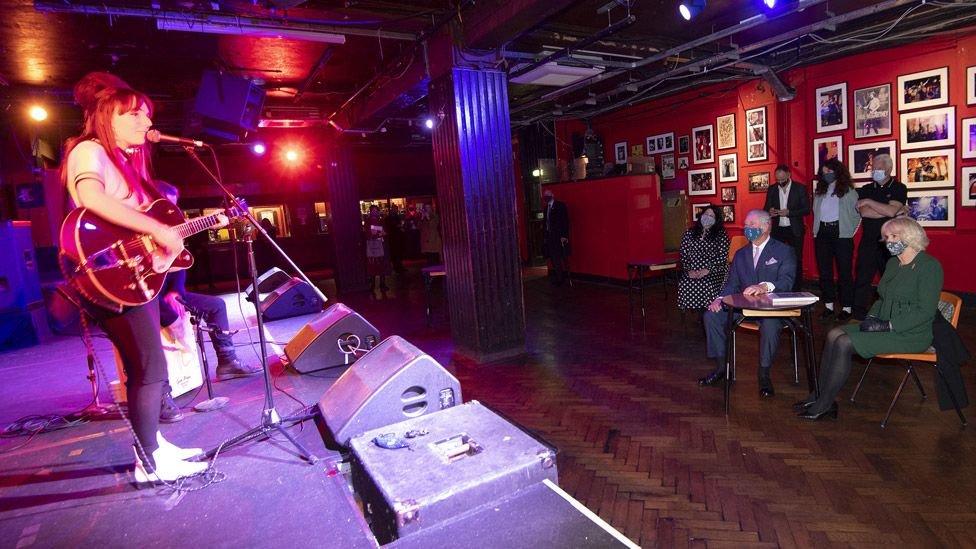 One of the first West End plays to open is Love Letters starring Martin Shaw and Jenny Seagrove, which begins at the Theatre Royal Haymarket later.

The two-hander had a short run in Windsor before the latest lockdown, when Seagrove said it felt "so emotional" to be back on stage.

"It's just so exciting because it means we're starting to come back," she told BBC Breakfast on Thursday.

"And not just actors and performers and directors, but the make-up girls, the hair girls, the costume people, the technicians - everybody who's just been sitting there for however many months. It feels like a lifetime." 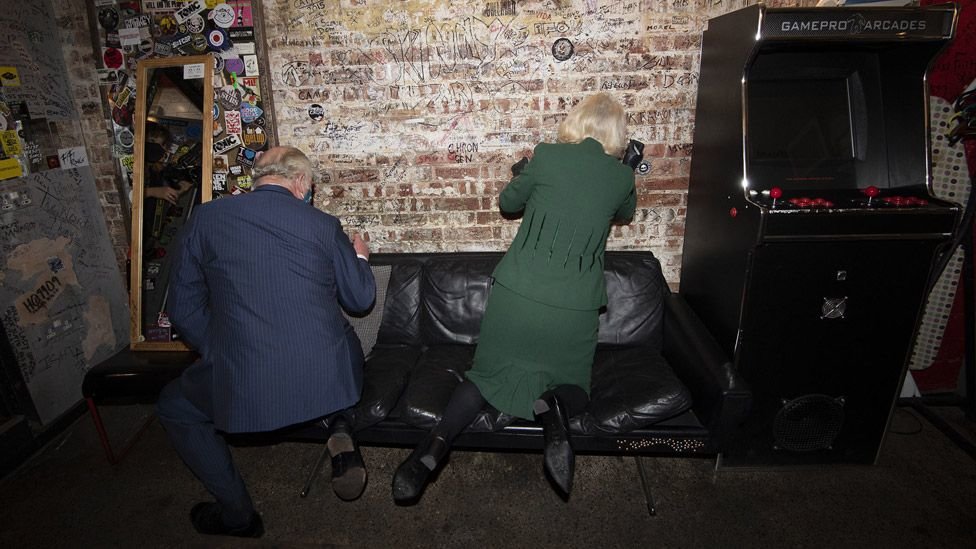 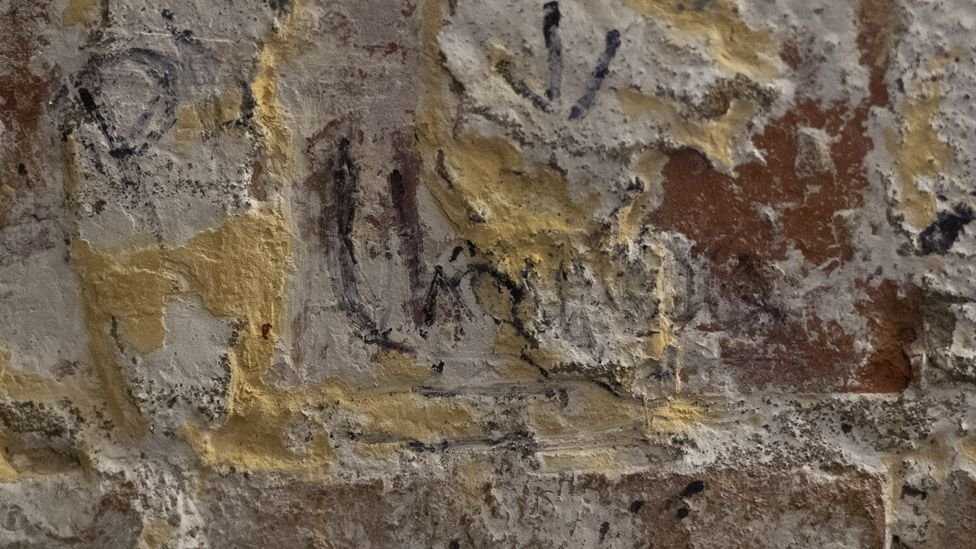 This weekend will also see the return of Six the Musical and the opening of Death Drop, which is described as a "Dragatha Christie murder mystery", starring drag artist Courtney Act.

"It's exciting. We have been rehearsing for the last couple of weeks," Act told the PA news agency.

"I know everybody has been locked at home but we have been being nasally penetrated twice a week and temperature checked every day in our little rehearsal bubble." 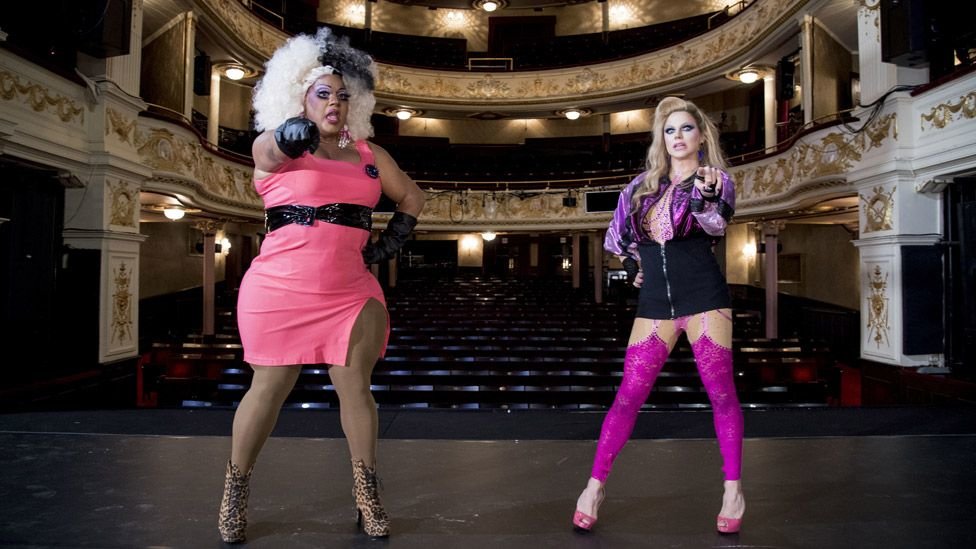 The production has faced challenges like how to portray a murder on stage while maintaining social distancing.

Act said: "Murder from 1.5m is challenging. There is a slapping scene where we ask the audience to further suspend their disbelief."

Further planned openings next week include The Play That Goes Wrong, Everybody's Talking About Jamie and Pantoland at the Palladium.

Many theatres in tier two areas are also opening their festive shows, but venues in tier three areas are not allowed to open. Tier three covers many big cities like Birmingham, Manchester, Newcastle, Sheffield, Bristol and Leeds.