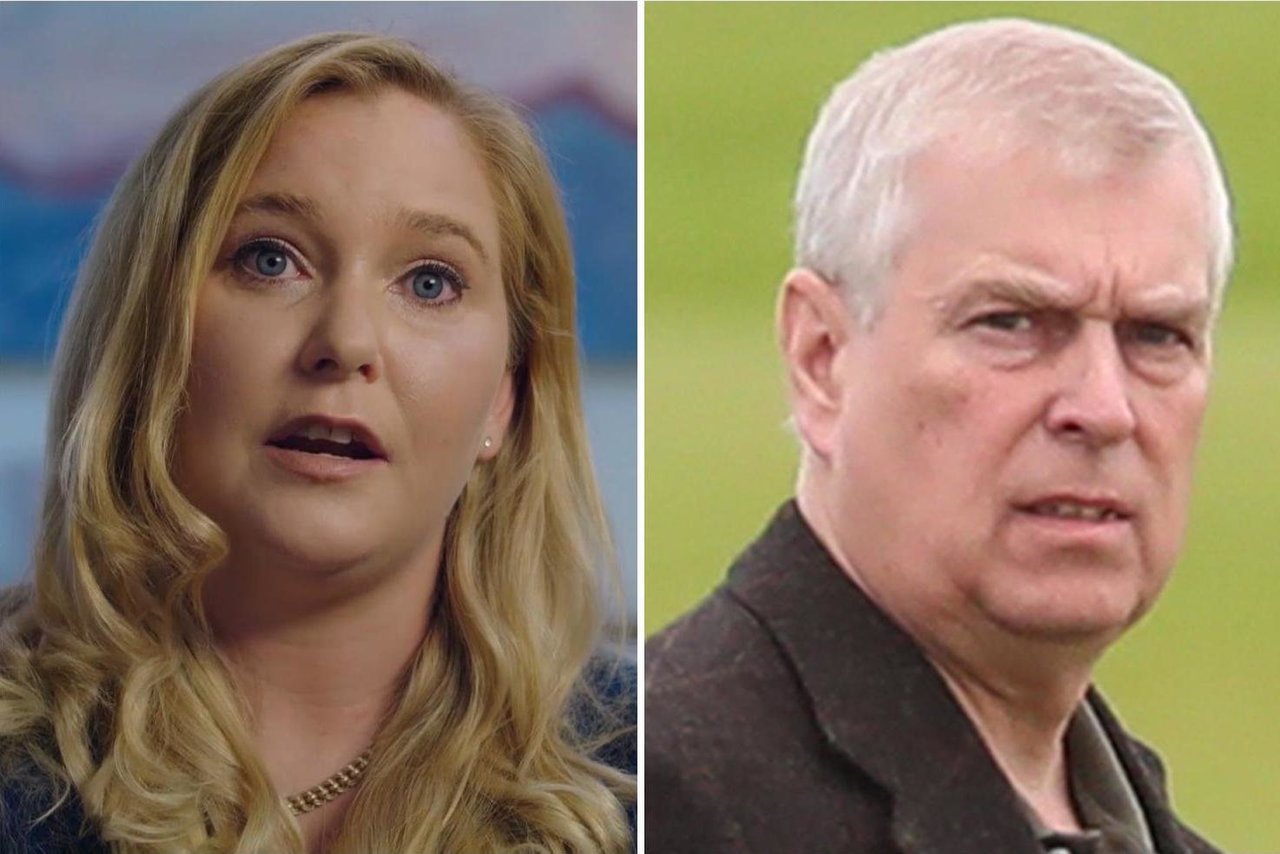 A woman who claims she had sex with Prince Andrew while aged 17 said he compared her to his daughters when they first met.

Virginia Giuffre claimed the Duke of York had sex with her on three separate occasions while she was still a minor under US law, and allegedly being trafficked by convicted sex offender Jeffrey Epstein.

Speaking during a new documentary series, Surviving Jeffrey Epstein, she said she was first introduced to Andrew in London. She then went on to describe him as an ‘abuser’ and said he was ‘not the prince from the fairy tale stories you read’.

The Duke has repeatedly denied he had any form of sexual contact or relationship with Ms Giuffre.

His friend and British socialite Ghislaine Maxwell is currently awaiting trial in the US after being charged with procuring teenage girls for Epstein to abuse. She denies the charges against her.

In a clip from the new documentary, Ms Giuffre said of Andrew: ‘Before he abused me, when we just met, Ghislaine does this guessing game and he guessed right, I was 17 and he compared me to his daughters, saying, “Oh, my daughters are a few years younger than you”.’

The Duke denies having any sexual contact with Ms Guiffre

She added: ‘Prince Andrew is not the prince from the fairy tale stories you read. Andrew deserves to be outed. He deserves to be held accountable. He’s an abuser.’

Lady Victoria Hervey, a former friend of Andrew and Maxwell, also told the programme that Epstein had offered the Duke a form of ‘escapism’ through his friendship.

She said: ‘Jeffrey definitely enjoyed the idea of being friends with the Queen’s son and Prince Andrew had just gone through a divorce. There’s this American billionaire that wants to fly him around the world and introduce him to people, and it was probably an escapism, really, for him.’

Christopher Mason, a journalist and former friend of Maxwell, claimed he’d once bumped into her and Andrew while walking in Madison Avenue in New York.

He told the documentary: ‘He told me that he was staying at Jeffrey’s townhouse. That kind of fascinated me. It just seemed like a kind of perfect instance of the kind of people that Jeffrey was hanging out with.’

Andrew stepped down from royal public life in November following his disastrous BBC Newsnight interview, in which he claimed he had been eating at Pizza Express with his daughters on the night he allegedly met Ms Giuffre.

He denied her claims that his sweat was ‘raining everywhere’ as they danced at Tramp nightclub, before later having sex, stating that it was ‘almost impossible’ for him to perspire due an experience he had in the Falklands War.

The interview led to criticism over what many perceived to be a lack of empathy for Epstein’s victims or remorse over his friendship with the convicted sex offender.

Epstein was convicted and jailed in 2008 for procuring an underage girl for prostitution. He then killed himself in August last year while in a New York prison awaiting trial over fresh sex trafficking charges.

Surviving Jeffrey Epstein will be screened on the Crime+Investigation channel with a double episode on August 25 at 9pm, followed by parts three and four the following evening on August 26 at 9pm.