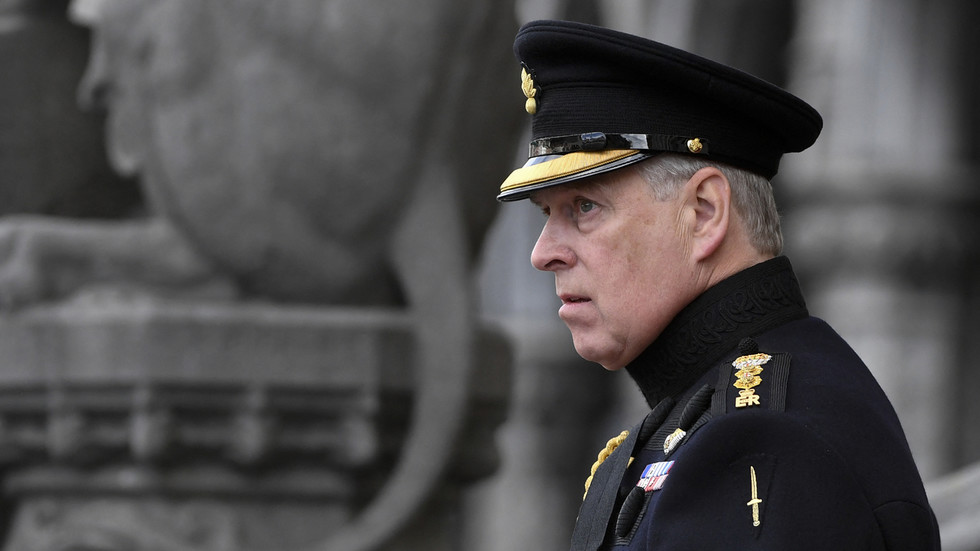 A New York judge gave Prince Andrew’s lawyers permission on Wednesday to review a sealed settlement from 2009 between Jeffrey Epstein and Virginia Giuffre, who is suing the royal claiming he assaulted her at three locations.
The settlement agreement between Giuffre and Epstein apparently “related to a Florida state case” that didn't involve the British royal, and brought to an end a case between her and the now-deceased billionaire convicted sex offender. Giuffre recently launched a legal case against Prince Andrew, alleging Epstein recruited her before she was abused by the Duke of York numerous times in 2001, when she was 17.

Court documents show that Judge Loretta Preska agreed to provide the Duke of York’s legal representatives with the 2009 settlement deal after Giuffre’s lawyer said they were willing to share it after receiving permission from the Epstein estate, adding that it was “irrelevant to the case.”

The 2009 agreement between Giuffre and Epstein, which has remained confidential after being sealed by a court, has been the subject of debate between the duke’s legal team and his accuser’s representatives.

Prince Andrew’s lawyers have said her case is baseless, as the 2009 agreement prohibited her from suing anyone connected to Epstein, releasing “the duke and others from any and all potential liability.” Giuffre’s team refute this but, to allow the case to proceed, they accepted that the duke's legal team had "a right to review the release and to make whatever arguments they believe appropriate based on it.”

Giuffre is currently suing the Duke of York over allegations that he sexually assaulted her on numerous occasions when she was a teenager, something he has repeatedly denied, including in an infamous BBC Panorama interview before he retreated from public life.

The prince has fervently denied the substance of the charges, insisting he never met her, despite a well-known photograph that has circulated in the media showing him with his arm around a 17-year-old Giuffre (Roberts, at that time), with alleged Epstein madam Ghislaine Maxwell in the background.

Giuffre, like most of Epstein’s victims, has claimed it was Maxwell who recruited her as part of the now-deceased pedophile’s harem of teenage ‘sex slaves’, to be flown around on private planes and lent out to his famous and influential friends, allegedly for blackmail purposes. The case against the prince alleges he assaulted Giuffre in three locations, including New York City and the London home of Ghislaine Maxwell.

The Epstein victim filed a suit against Prince Andrew in August, alleging sexual assault, battery and emotional distress. The Duke of York is currently facing an October 29 deadline to formally respond to the lawsuit. Giuffre is seeking unspecified damages against the senior royal.
Add Comment