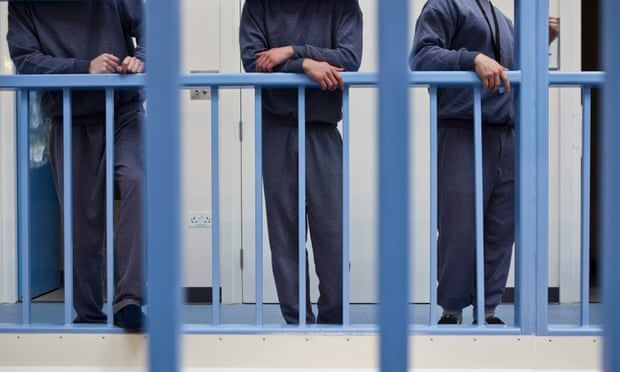 Workshops and classrooms remain empty and inmates inactive as prisons ‘do not have staff to run properly’
Covid lockdowns in prisons will leave “a price to pay” for the boredom, loss of family ties and lack of education inflicted upon thousands of inmates, the official watchdog has said.

Charlie Taylor, HM chief inspector of prisons, said there had also been “a depressingly low level of activity for prisoners” as the pandemic eased despite prisons’ responsibility to educate, train and increase the employability of inmates.

It comes after a minister admitted last week that there was a “huge problem” to overcome in the recruitment and retention of prison staff. The government has committed to creating 20,000 extra prison places in England and Wales by the mid-2020s.

In a lecture delivered on Monday, Taylor said: “We can’t yet know what the long-term effects of extended lockdowns will be on this generation of prisoners, but it is likely there will be a price to pay for the boredom, the inactivity, the loss of family ties, the postponement of group therapy and the lack of education or work.”

In an address to Royal Holloway, University of London’s Magna Carta lecture, he said lockdown was being lifted at a slow pace in some parts of the prison estate and that past government staffing cuts were part of the problem.

“A sort of post-Covid torpor seems to have infected many prisons, with workshops and classrooms remaining empty, and prisoners whiling away their time watching daytime television and sleeping.

“This is in part because some prisons simply do not have enough staff to run properly. In 2015, in order to save money, ministers reduced the head count of the prison officers. The result was that between 2015 and 2019 the percentage of prison officers with more than three years’ service fell from 91% to 58%,” he said.

Last week, Victoria Atkins, the prisons minister, told MPs that a “huge programme” was under way to improve the retention of staff.

She said: “We know that, particularly, operational grades are concerned about pay, so we have taken those concerns very seriously and we are in the middle of going through the prison pay review process. We await the outcomes of that with great interest.”

The prison population in England and Wales is 80,000, while prisons have space to hold 82,500. Projections by Ministry of Justice forecasters show that population is on course to rise to a record 98,500 by 2026, fuelled by longer sentences and the recruitment of 20,000 additional police officers.
#Covid
Add Comment