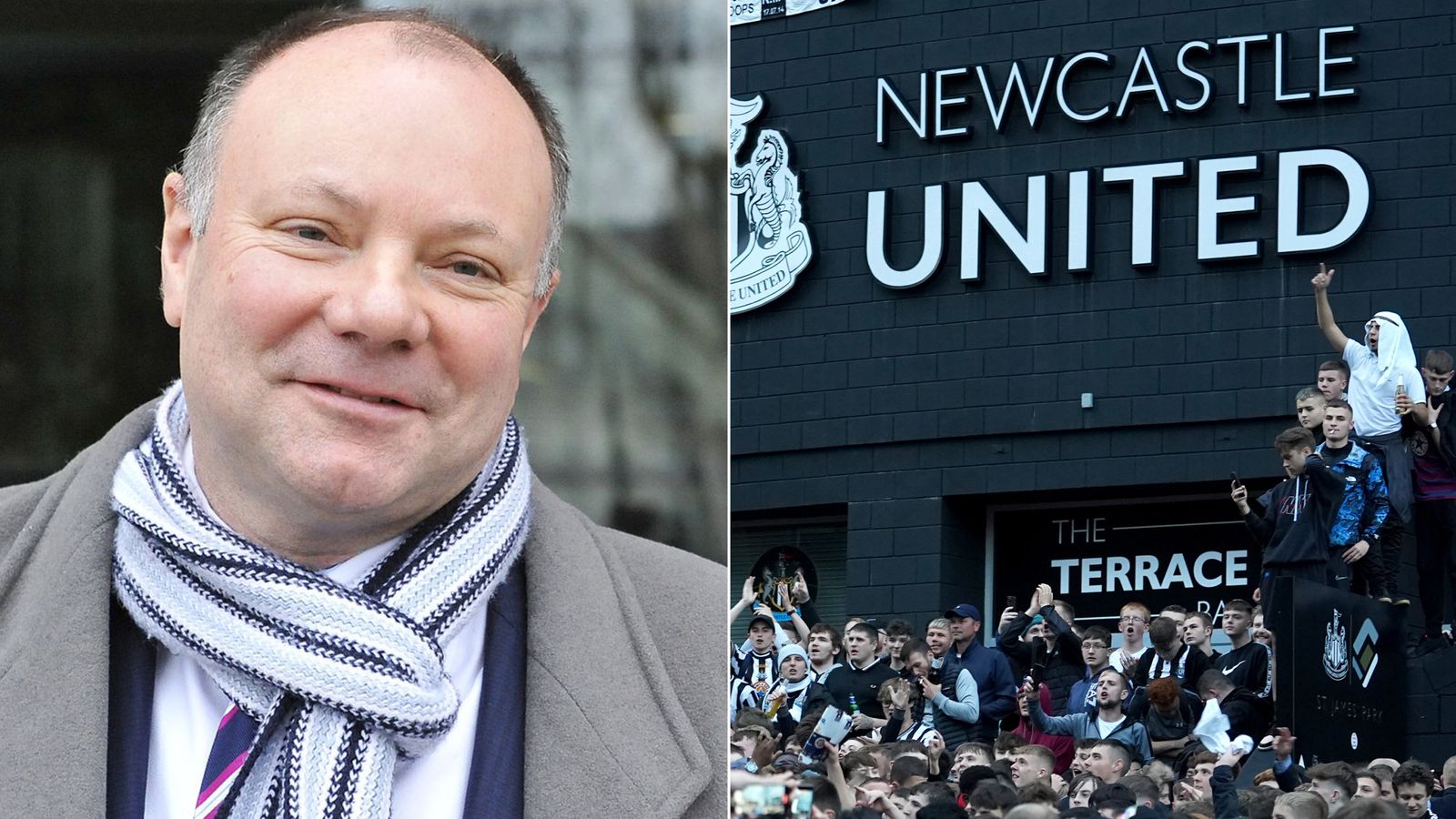 Gary Hoffman's resignation as the Premier League's chairman, which could be announced this week, will come just days before the publication of a review aimed at strengthening the regulation of English football, Sky News learns.

The chairman of the Premier League is on the brink of resigning following a backlash from clubs over its handling of the Saudi-led takeover of Newcastle United.

Sky News has learnt that Gary Hoffman, who only took up the non-executive post 18 months ago, is close to finalising his exit after coming under pressure to quit in the last few weeks.

An announcement about his departure could be made in the coming days, an executive at one top-flight club said. 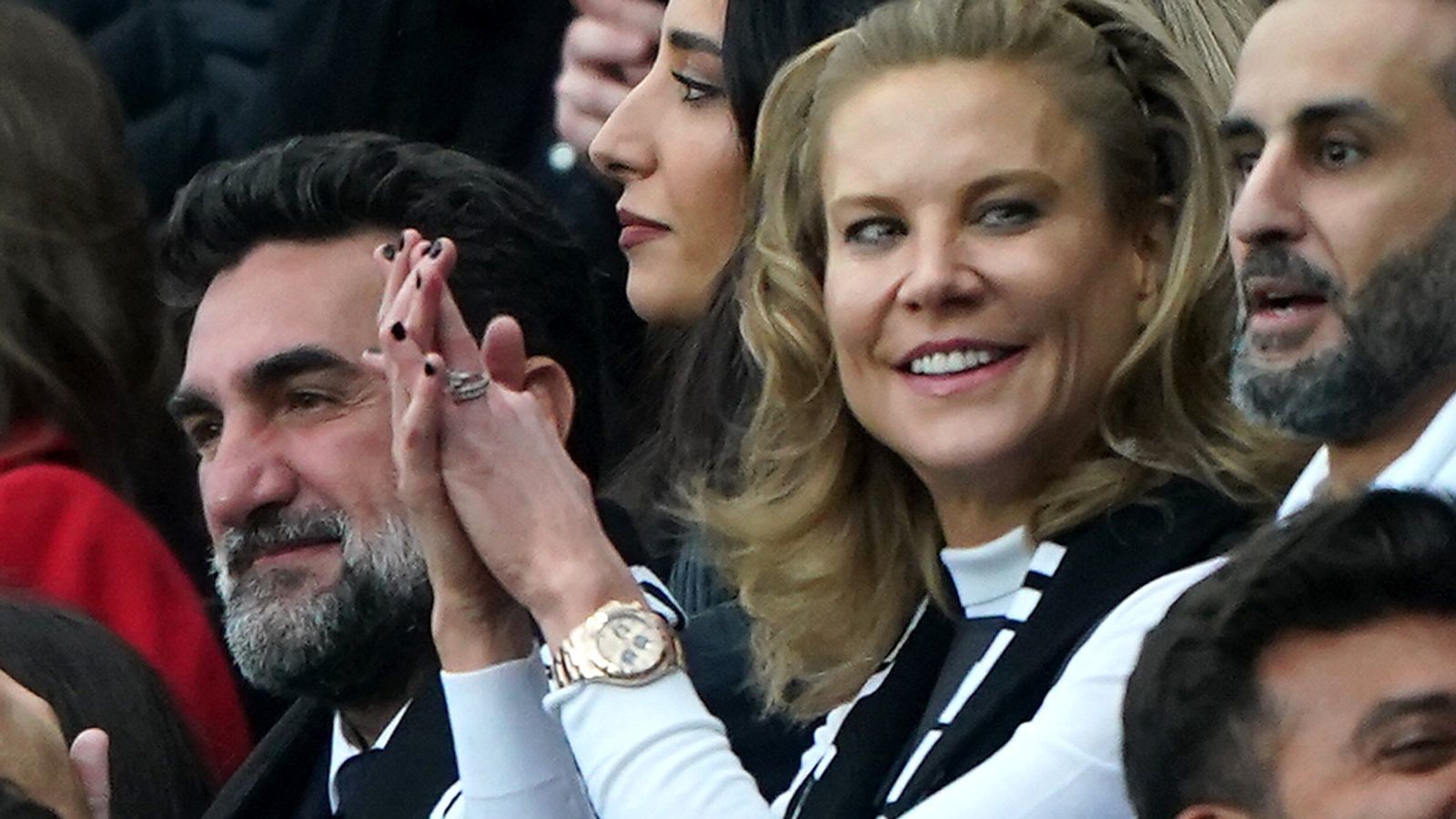 The consortium that took over Newcastle includes the financier Amanda Staveley

There remained a chance that Mr Hoffman could change his mind if a sufficient number of clubs sought to persuade him to do so, the insider added, although the likelihood of that appears slim.

All 20 top-flight clubs are understood to have been briefed on the situation.

Mr Hoffman's impending resignation follows weeks of unrest about the decision to allow the £305m purchase of Newcastle by a consortium spearheaded by Saudi Arabia's sovereign wealth fund.

It comes at a sensitive time for English football, with a wide-ranging review overseen by the former sports minister, Tracey Crouch, expected to be published next week.

Ms Crouch's report will recommend the establishment of IREF (the Independent Regulator for English Football), which will assume new powers to regulate the ownership and governance of professional clubs.

The departure of Mr Hoffman, a business heavyweight who helped keep Northern Rock alive after its nationalisation during the 2008 financial crisis, is likely to provide ammunition to those who argue that English football's power-brokers are incapable of self-regulation. 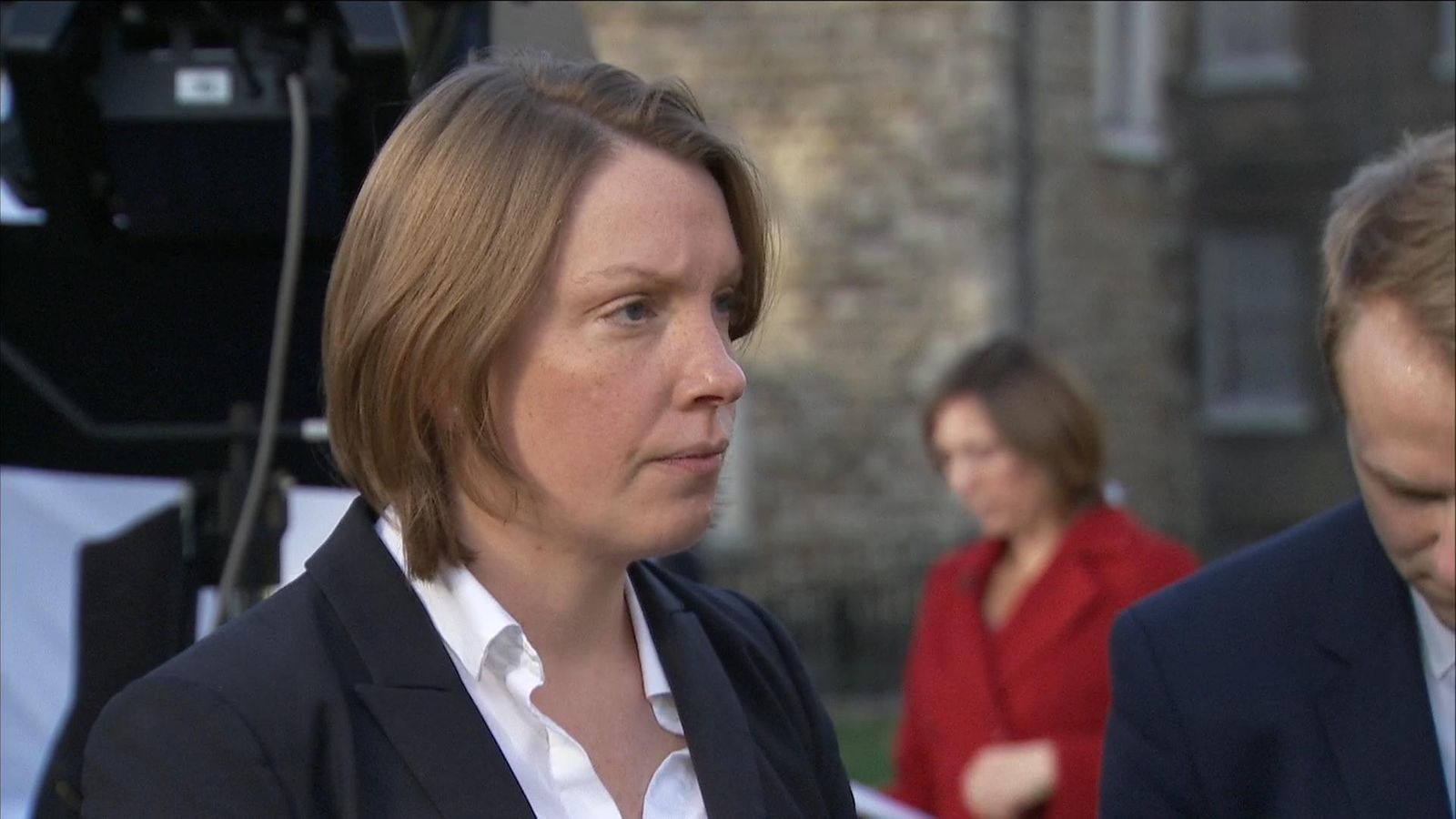 It is also likely to raise questions about the appetite of credible candidates to replace him, given the demonstration of muscle-flexing power by Premier League clubs which has heralded his exit.

Some senior figures in the game argue that Mr Hoffman is being unfairly left to carry the can over the Newcastle deal, and say the League's board was put in an impossible position.

Reports last month suggested that a vote of no confidence in Mr Hoffman was a possibility amid anger at the Magpies' takeover.

His imminent exit comes even as the Premier League is close to securing record sums from the sale of its US television rights and with its broader finances in robust health in the context of the pandemic.

Nevertheless, it has faced criticism from an array of clubs that they should have been kept more closely informed about the progress of the protracted Newcastle negotiations.

Some club executives have also argued that the deal should have been blocked because of the Saudi regime's poor human rights record.

The clubs' complaints were swiftly rejected by the Premier League on account of its confidentiality obligations during discussions with the consortium, which also includes the financier Amanda Staveley and Jamie Reuben, a member of the billionaire property-owning family.

Nevertheless, a meeting of the 20 clubs last month resulted in an overwhelming vote to ban related-party transactions, with the effect of preventing Newcastle from striking sponsorship deals with entities connected to the Saudi state or its Public Investment Fund (PIF). 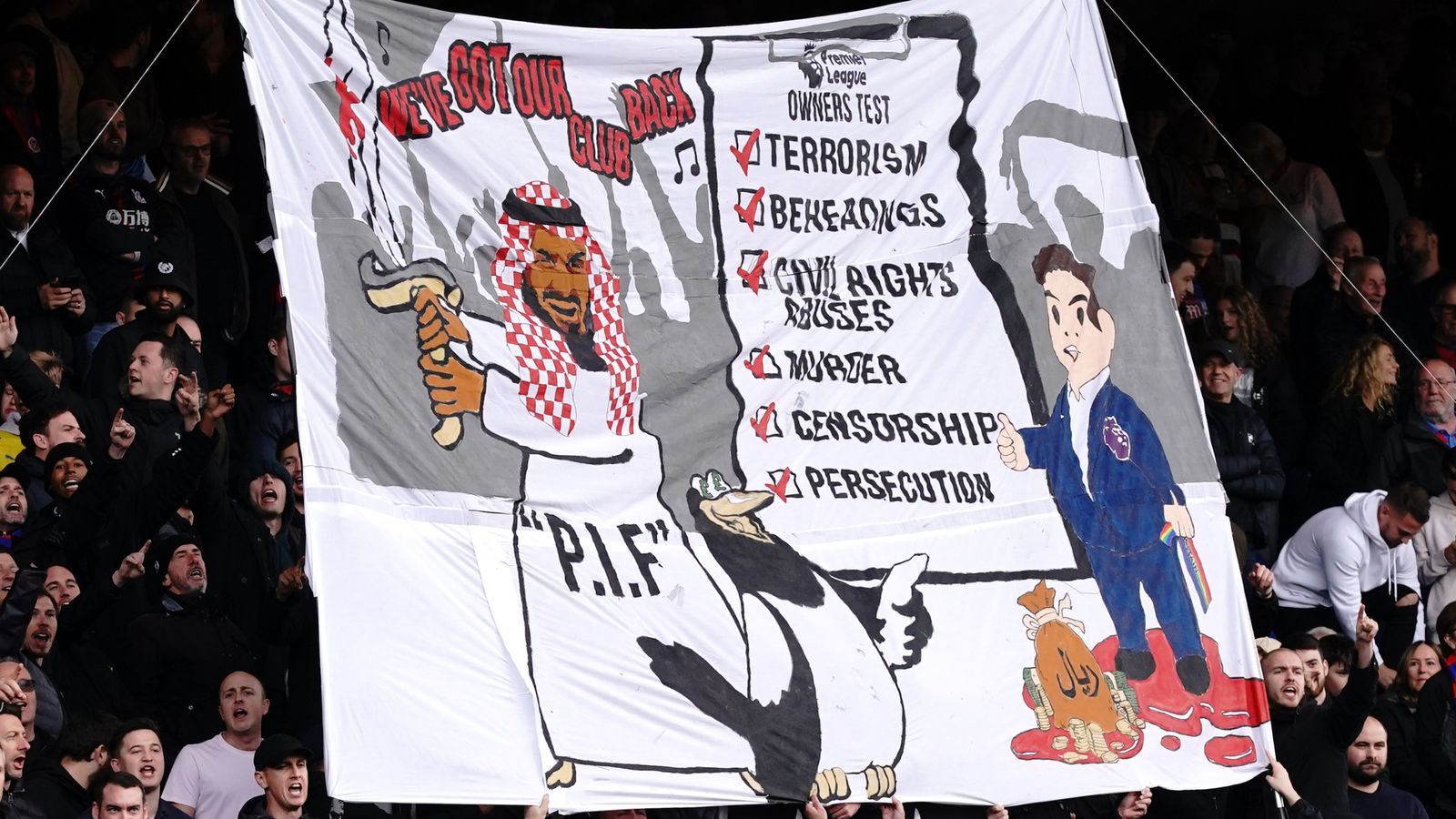 Only Newcastle opposed the motion, while Manchester City, which is owned by members of Abu Dhabi's ruling family, abstained.

Mr Hoffman, who is a lifelong fan of Coventry City, the Championship side, has had a high-flying career in business and finance, as well as serving as chair of the Football Foundation.

He took on the chairmanship of the Premier League in June 2020, prior to the resumption of top-flight fixtures that had been delayed by the first UK-wide coronavirus lockdown.

Mr Hoffman was also thrust into the row about Project Big Picture, the initiative led by Liverpool and Manchester United to reduce the number of Premier League teams to 18 while channelling a portion of top-flight revenues to the English Football League.

His stiffest test, however, came in April this year, when six English clubs confirmed that they had signed a bombshell agreement to join a new European Super League (ESL).

The project imploded in less than 48 hours amid a torrent of criticism from fans, politicians and football administrators including the Premier League. 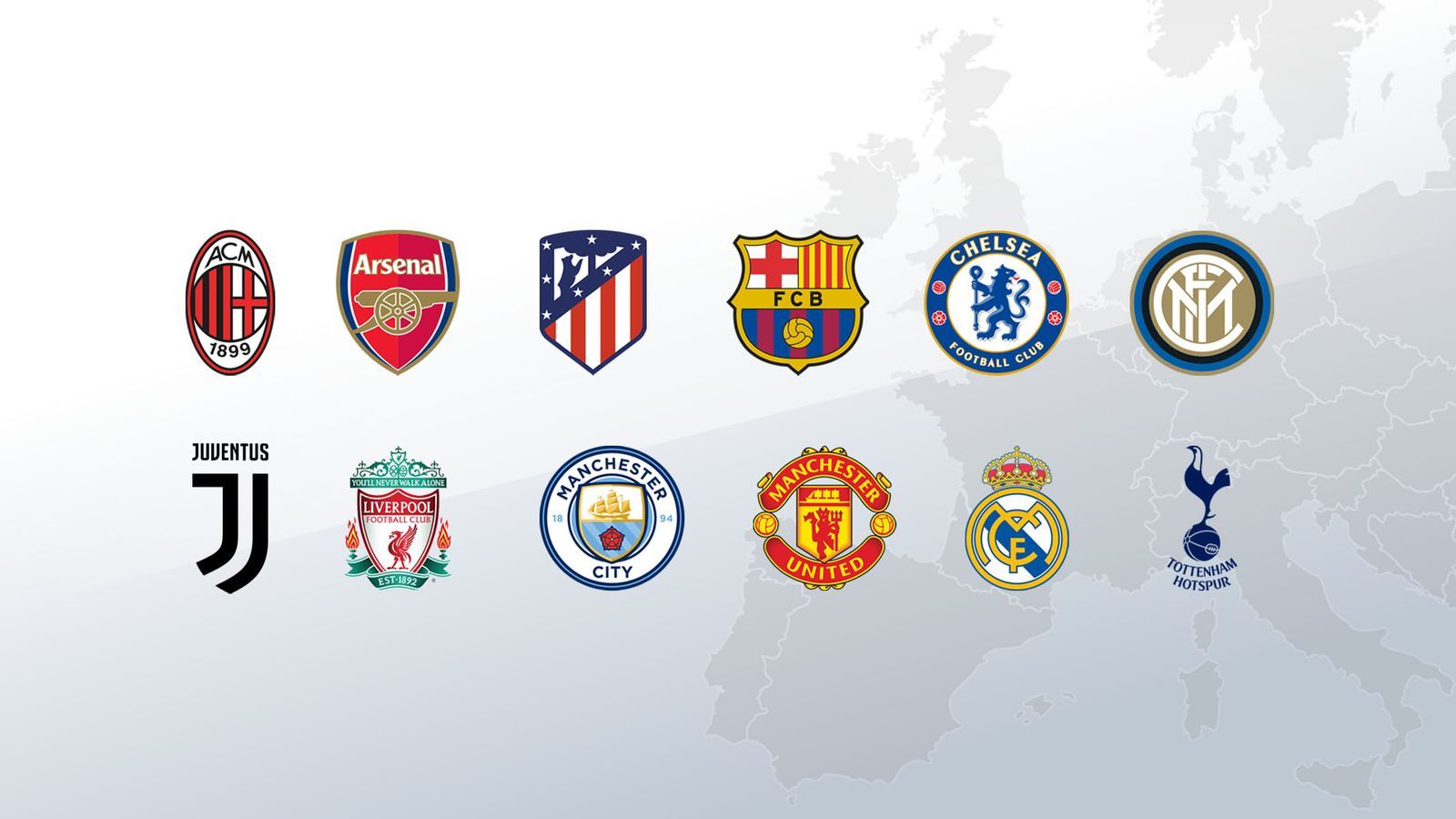 An executive at one club which was part of the ESL project said: "He [Mr Hoffman] was a robust figure over the Super League issue but I have no desire to see him step down.

"His has been a pragmatic voice in the governance of the Premier League at a time of unprecedented turbulence."

Assuming Mr Hoffman does step down, it risks leaving a vacuum in the league's leadership at a critical time.

It is run by Richard Masters, its permanent chief executive since 2019 and the stand-in chief since late 2018.

The Premier League had run two failed processes to recruit a CEO to take on many of the responsibilities of Richard Scudamore, who was its chief executive and then executive chairman for nearly 20 years.

The likely exit of the Premier League chairman also comes as the Football Association prepares to welcome Debbie Hewitt, a leading businesswoman, as its first female chair.

The Premier League refused to comment on Tuesday, while Mr Hoffman could not be reached for comment.